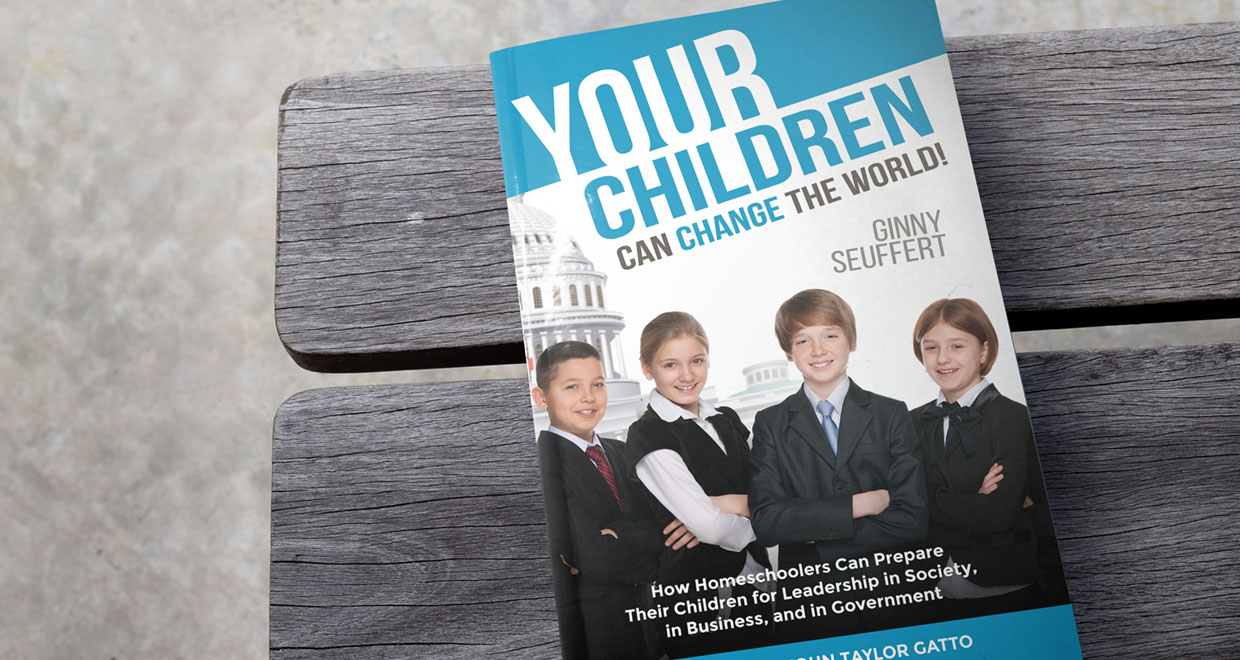 ‘Your Children Can Change the World!’ | The New Book by Ginny Seuffert

Your Children Can Change the World!

How Homeschoolers Can Prepare their Children for Leadership in Society, in Business, and in Government. KindleSetonBooks 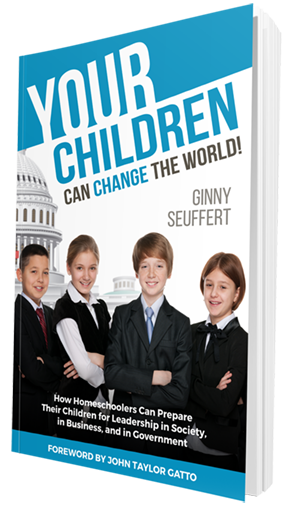 Your Children Can Change the World!

How Homeschoolers Can Prepare their Children for Leadership in Society, in Business, and in Government. KindleSetonBooks

It’s no surprise that leading scientists are alumni of Virginia’s Thomas Jefferson High School for Science and Technology, or that famous performers graduated from New York’s Julliard.

So, we shouldn’t be surprised that so many American leaders in business and government hail from Philips Exeter Academy, or St. Alban’s, or Groton School. These schools are focused on creating the next generation of national leaders, and they do it very well.

Award winning teacher John Taylor Gatto studied these schools and distilled fourteen principles they use to accomplish this goal. In this book, Ginny Seuffert shows how Catholic homeschoolers can apply these principles in their own families.

The next generation of leaders in American society is being trained now—at Exeter, at St. Alban’s, at Groton. And maybe at your kitchen table.

The series of articles upon which this book is based was previously published online, but this book has been expanded with new material, including a Foreword by John Taylor Gatto and a Conclusion by Ginny Seuffert.

Read her article on this book’s release! 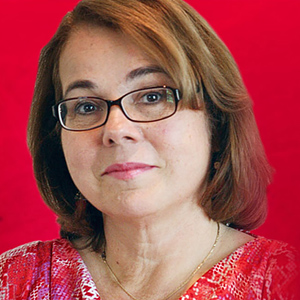 Ginny Seuffert has been a leading writer and speaker about homeschooling and Catholic family life for more than two decades.

She has given hundreds of talks at Catholic Homeschooling Conferences and has written scores of articles on everything from discipline to home management.

She is a founding member of the Illinois Association of Roman Catholic Home Educators, helped establish the “Round Table” (a Catholic home school leadership discussion group), and became a founder and officer of the Catholic Home School Network of America.

In her book Your Children Can Change the World, Mrs. Seuffert has offered the rest of us a transformation of the 14 principles I discovered into a priceless toolkit of ideas how anyone responsible for the education of others can strive to achieve the same value for their student(s) as a wealthy kid would receive if his/her parents sent them to Episcopal High (which Sen. John McCain attended) or to Andover (which both President Bushes did).

Following Mrs. Seuffert’s advice, your students will seek the same skills that history has shown leaders possess in business, politics, arts and sciences—rather than the trivializing grade and gold-star chasing, relevant to nothing significant, that public schools or common garden-variety private ones pursue as evidences of learning. Wake up!

Those prizes have no lasting value, connect to nothing useful in later life, while competence in “the active literacies,” one of the 14 categories Mrs. Seuffert develops, will serve you faithfully for the balance of your days, and may easily become the basis of a comfortable livelihood and high reputation. 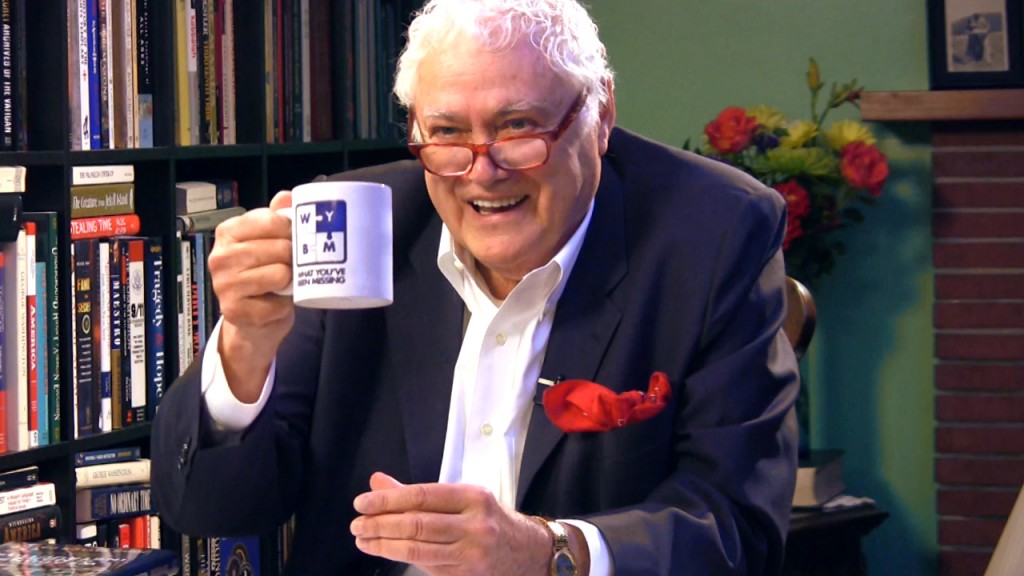 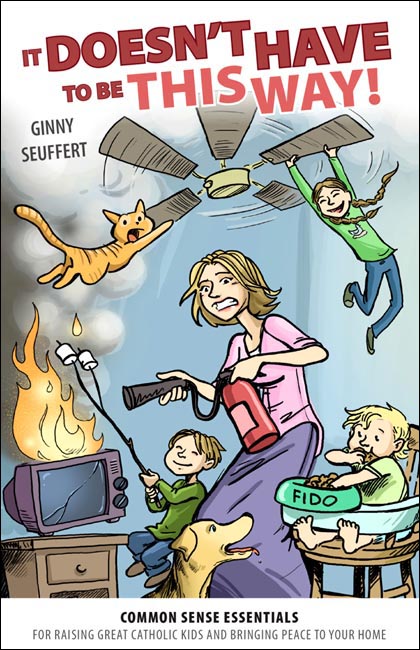 It Doesn’t Have To Be This Way

For years parents have listened to author, lecturer, and homeschool veteran, Ginny Seuffert pound home the notion that clear, confident, and consistent parenting is the key to successful homeschooling.

Often parents would tell her, “I just wish I could bring you home with me. My kids just don’t want to listen or obey.” Now you can bring Ginny Seuffert to your home. This little book is short, sweet, and to the point. It is chock-full of practical, commonsense advice that has worked successfully for generations of parents.

Ginny’s experience as a mother of 12 and grandmother of 18 shines through topics including: how to call a truce in the mealtime and bedtime wars, good manners, proper church behavior, building a responsible and industrious work ethic, avoiding overindulgence, and much more. 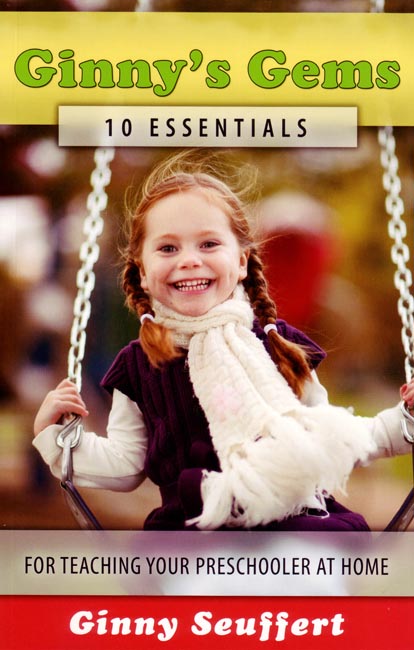 Ginny’s Gems: 10 Essentials for Teaching Your Preschooler at Home

Study after study shows that homeschooled children receive an all-around better education. The one-on-one relationship between the starter student and the teaching parent leads to astonishing academic progress. Ginny affirms with humor and good sense that homeschooled children have teachers who love them more than anything in the world. Her practical counsel will help your homeschooled children forge strong ties with parents, siblings, and other family members. After all, what could be better then to learn life skills at mom’s knees!

“A quick and easy read. Puts your mind at ease and helps calm those fears of never doing enough…loving your child is always enough, the rest takes care of itself.”

“This book was very encouraging & exactly what I needed. I enjoyed the straightforward & upfront style. She gets right to the point. This book has helped refresh my homeschooling experience.” 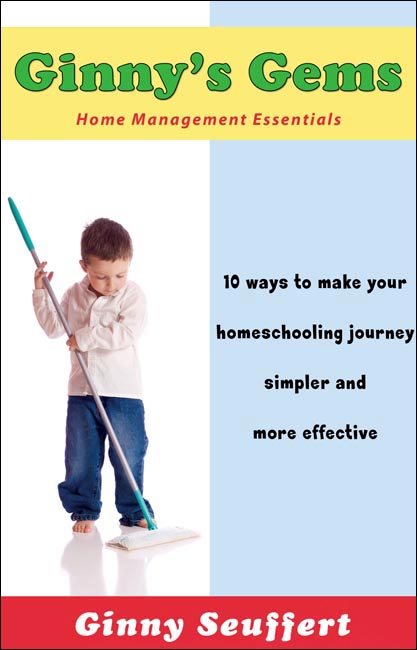 10 Ways to make your homeschooling journey simpler and more effective.

A straightforward, practical guide to managing your home and family life amidst the exciting challenges of home schooling your children. Ginny delivers her practical advice in her natural no-nonsense, commonsense, and humorous manner. This great book is intentionally short so that every busy home schooling mother can benefit from reading it. Turn the messiest, unorganized house into a tidy, cheerful home! Possess the plan to keep the chaos under control while bringing a peaceful way of life to your household!

Having 7 children ranging in ages 12-1, I loved that it was a short, easy read—soooo practical. I’m joining the ”white towel ” club and hope to simplify my life. I love Ginny’s practicality and humor and very positive outlook in raising a large family.

“LOVE this book and all the wisdom in it. It provides a rational, no nonsense guide for those of us struggling to make it through the day… I’ve heard Ginny on the radio as well and she’s the REAL DEAL. Quick read as well, thank you!”