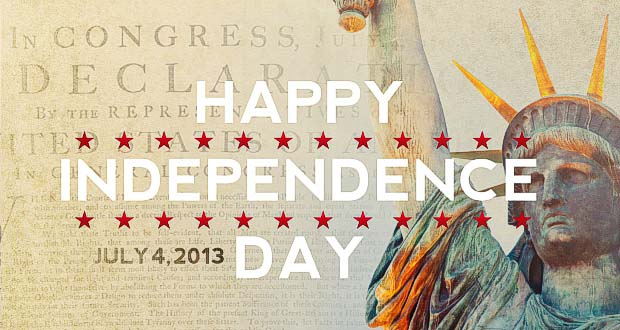 Amid the general attack on Christian virtue in this modern world, it is sometimes all too easy to lose sight of individual virtues. The open floodgates of vicious behavior submerge virtue wholesale, to the extent that one is left hard-pressed in the attempt to maintain any good habits of behavior. Where to begin to build a healthy, virtuous life-style?

Obviously basic is the necessity for charity, chastity, honesty and truthfulness. But there is another social virtue which is absolutely vital for the health of any society: Patriotism.

Patriotism is rarely discussed as a virtue these days. A habit of cynicism has arisen among pundits and politicians which seems to equate carping criticism of the nation with healthy discussion of real faults. The attitude has permeated all levels of society, often resulting in an appalling hatred of the nation among even the idealistic young. And yet, patriotism has its origin even as far back as the Garden of Eden; there is a long and illustrious list of great patriots in history.

At base, patriotism is all about the proper exercise of stewardship. Each individual person is called to exercise stewardship of the earth, just as Adam was bidden to care for God’s garden. We are all called to tend our little corner: our homes, our yards, our towns and ultimately our nation. Someone may be called upon to defend a home, just as the call may come to defend the country in a time of war. Even without an emergency situation, everyone is still called upon to do whatever is necessary to ensure security and prosperity in the social order. Patriotism, like all virtue, is not optional.

During the Second World War, the Soviet Army gained a reputation for heroic self-sacrifice and ferocious resistance to Nazi aggression. Stalin himself observed that his army was not fighting for the Soviet system, but rather for the soil. A lesson can be learned here. Political systems all too often are subject to corruption and degeneration, often leading to miserable situations for the citizenry. Clearly, a Catholic cannot afford to blindly support any anti-Christian government, but must instead work to correct and improve the system. What is constant is the call to care for the soil, for the earth itself entrusted to us by God.

American Catholics have long been known to be among the most patriotic citizens. From the very beginning of the War for Independence, Catholics have been involved in building our nation at every level. Only one Catholic, Charles Carroll, signed the Declaration of Independence, but the Catholic population was very small at the time. Despite periods of persecution and misunderstanding, Catholics have maintained a glorious history of supporting and building our nation. Catholic missionaries were often at the forefront of opening new lands in the West. By the time of the Second World War, the population of the United States was roughly one quarter Catholic. Yet, about one third of the armed forces in that conflict were Catholic. Catholics have a proud heritage of serving their nation.

Every Catholic must be aware that the tradition of religious liberty in the United States is under siege in our day. The need for patriotic virtue might be more acute now than at any other time in our history. There are massive social and political problems in desperate need of Catholic solutions. Cardinal George of Chicago once made the observation that while he will die peacefully in his bed, his successor bishop will die in prison, and the bishop after that will die a martyr in the public square. Since the time of His Eminence’s remarks, the juggernaut of godless legislation has accelerated dramatically; Cardinal George may have been slightly optimistic! The wholesale arrest of priests and the persecution of institutions standing against the tide is likely a matter of timing now, not a question of “if.”

Most Catholics must maintain something of a low profile in the face of persecution. The duties toward family must take precedence in their activities; few parents are called to offer themselves as sacrifices by too strident a public outcry. Still, all are called to some form of patriotic activity. To this end, there are two patriotic projects that Seton families should be able to promote, even if it consists simply of prayerful support.

Just recently, Father Emil Kapaun, a priest of the diocese of Wichita and a military chaplain during the Korean War, was posthumously awarded the Congressional Medal of Honor, our nation’s highest military award. Another chaplain, Father Vincent Capodanno, a Maryknoll missionary, received the same decoration posthumously for his service in Vietnam. The cause for canonization for both of these heroic priests has begun. Clearly, they proved their patriotic virtue above and beyond the call of military duty; now, the investigation of their lives and careers is focusing upon the sanctity of their lives. There have been indications of favors received through their heavenly intercession, but the Church is very cautious in the canonization procedures. More clear and definite proof of their current residence is needed for the Church to raise them to the dignity of the altar.

In a nation which scoffs at heroism and virtue, there could be few more striking symbols leading to a resurgence of healthy Catholic patriotism than Father Kapaun and Father Capodanno. One can only imagine the powerful intercession for our nation provided by two men who hold our nation’s highest secular reward and the most glorious title conferred by the Church! Seton families are strongly encouraged to join the cause for Father Kapaun and Father Capodanno.

The web site for each has information related to their lives and careers, as well as prescribed prayers for their intercession. Visit www.frkapaun.org and www.vincentcapodanno.org for more information.

If the blood of martyrs is the seed of the Church, it is also true that the blood of patriots enables a country to rise from the most profound problems and again become a nation under God.