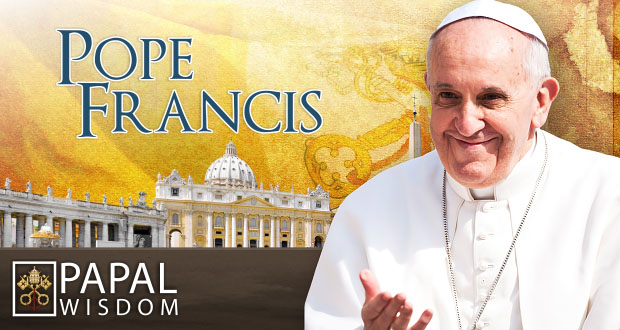 Pope Francis celebrated his inauguration Mass on the Feast of St. Joseph (March 19). He spoke about St. Joseph as protector of Jesus and Mary:

How does Joseph exercise his role as protector? Discreetly, humbly and silently, but with an unfailing presence and utter fidelity, even when he finds it hard to understand. From the time of his betrothal to Mary until the finding of the twelve-year-old Jesus in the Temple of Jerusalem, he is there at every moment with loving care.

As the spouse of Mary, he is at her side in good times and bad, on the journey to Bethlehem for the census and in the anxious and joyful hours when she gave birth; amid the drama of the flight into Egypt and during the frantic search for their child in the Temple; and later in the day-to-day life of the home of Nazareth, in the workshop where he taught his trade to Jesus.

The vocation of being a “protector”, however, is not just something involving us Christians alone; it also has a prior dimension which is simply human, involving everyone. It means protecting all creation, the beauty of the created world, as the Book of Genesis tells us and as Saint Francis of Assisi showed us.

It means respecting each of God’s creatures and respecting the environment in which we live. It means protecting people, showing loving concern for each and every person, especially children, the elderly, those in need, who are often the last we think about. It means caring for one another in our families: husbands and wives first protect one another, and then, as parents, they care for their children, and children themselves, in time, protect their parents.

It means building sincere friendships in which we protect one another in trust, respect, and goodness. In the end, everything has been entrusted to our protection, and all of us are responsible for it. Be protectors of God’s gifts!

I implore the intercession of the Virgin Mary, Saint Joseph, Saints Peter and Paul, and Saint Francis, that the Holy Spirit may accompany my ministry, and I ask all of you to pray for me! Amen.

Pope Francis,
Homily at the Mass for the inauguration of the Pontificate
March 19, 2013