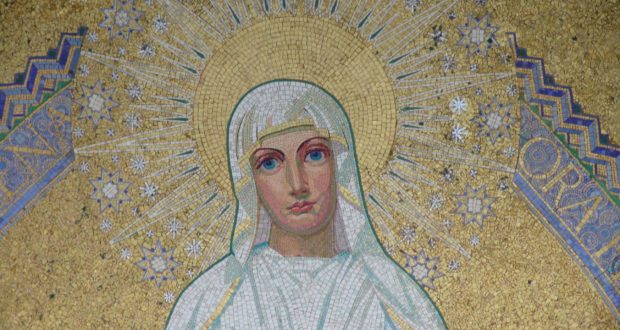 Many Catholics know about Our Blessed Mother’s apparitions at both Fatima and Lourdes. Many also believe that the message of Our Lady of Fatima is of vital importance to the world today, almost 100 years after she came to the little mountain village in Portugal. There is a similarity in the two appearances in that the Mother of God called for penance and reparation in both Fatima, Portugal and in Lourdes, France.

What most Catholics probably don’t know, however, is the similarity in the pre-apparition history of both locations.

There is a story told about George Washington during the War of Independence in which he is entering his tent with one of the foreign generals. When General Washington’s servant bows deeply to welcome him “home,” the general bowed even more deeply in reply. The visiting general asked Gen. Washington why he showed such courtesy to a servant. To which Gen. Washington replied, “I cannot allow him to be a better gentleman than I am.” This seems to be part of the theme of the visit of Our Blessed Mother to Lourdes in 1858. In 1854, Pope Pius IX made the dogmatic declaration that Our Blessed Mother was conceived without sin, and was therefore always Immaculate. At Lourdes, Our Lady declared herself to be “the Immaculate Conception” and left the gift of the spring of Lourdes with miraculous healing powers. This was both a thank you, and a way of showing that Mary could be more generous in response to the Church’s declaration than the Church could be in making the declaration.

The appearances at Fatima have a much stronger sense of a worried mother calling out a warning to her children as she observes great danger approaching. There is no sense of returning a favor here. At Fatima, Mary warned of significant danger to many nations and to souls, and she left a spiritual plan to help mankind avoid the coming storm. Many Catholics believe that these warnings have gone unheeded.

However, both Lourdes and Fatima have a pre-history that involves the invading forces of Islam, and conversions to the Catholic Faith. Many people know that the Koran declares that the daughter of Mohammad, whose name was Fatima, to be the greatest woman in Heaven behind only the Blessed Virgin Mary. The village of Fatima was named after a Muslim princess who was captured by a Christian knight in 1158 AD. Princess Fatima fell in love with the knight, converted to the Catholic Faith, and married him. In Baptism, she took the name Oureana. The city of Ourem, Portugal was named after her, as was the village of Fatima.

What many Catholics may find surprising is that there is a similar story about Lourdes, France. When Charles Martel defeated the Saracens at the Battle of Poitiers near Tours, France, not all of the invading Muslims left France. One group took control of the castle near Massabielle, by the river Gave, in what is now Lourdes, France. In 778 A.D., the grandson of Charles Martel, Charlemagne, attacked the Muslims under the command of a leader named Mirat. Mirat could not defeat Charlemagne, so he retreated into the castle, which even Charlemagne could not conquer. Therefore Charlemagne put the castle under siege and tried to starve out his enemy. Mirat had taken a vow never to surrender to any mortal man. When his men were very low on rations, an eagle flew over the castle and dropped a fish at the feet of Mirat. He sent the fish to Charlemagne as his way of indicating that the castle had sufficient provisions to outlast the siege of the Christians. Charlemagne and his men were discouraged and were ready to lift the siege and leave the area to the invaders. However, the bishop of Le Puy-en-Venlay, a friend and advisor to Charlemagne, sensed a deception and he arranged an audience with Mirat. During the audience, the good bishop noted Mirat’s vow, but asked if he could instead “surrender to an immortal woman,” and he showed Mirat a statue of Mary with the child Jesus in her arms. At this sign, Mirat surrendered. He converted to the Catholic Faith, and became a knight in the service of Charlemagne. His baptismal name was “Lorus.” The city of Lourdes is named after him.

The pre-histories of both Lourdes and Fatima show the warmth that our Holy Mother in Heaven has for her children on Earth, and the preparations that she makes before coming to visit us. Let us respond with gratitude and by honoring her requests of us. At Lourdes, she asked for Penance, Penance, Penance, and at Fatima she asked for the daily offering of the Rosary, and for the holy practice of the Five First Saturdays. Let us respond with the prayer and reparation that our wise mother knows will help in the salvation of our souls, and the souls of many around us.