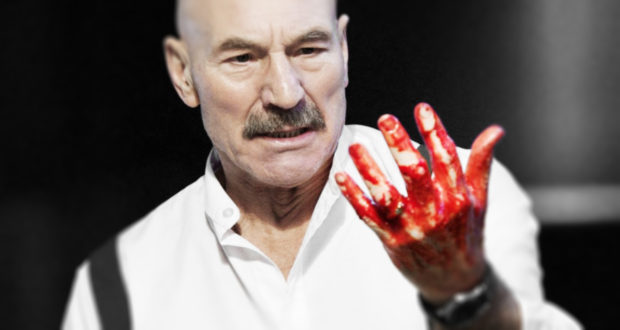 Just How Clever is Evil? Macbeth Finds Out…

They guarantee that one daring act produces instant gratification that comes as if by magic—the sure means to success—but never suggest the deviousness and dishonesty of the method.

They present the moment of temptation as a golden opportunity to be seized, as something foreseen and inevitable that is meant to be and predestined by higher powers or fate.

Such a perfect time to fulfill one’s greatest aspirations may never come again. After whispering suggestions to the mind and then providing occasions to act on these impure thoughts, they then wait for your consent that they have already preconditioned by their flattering words and grandiose promises.

These masters of deception are known by the name of witches or the Weird Sisters in Macbeth, the voices that compete with the words of conscience for the soul of man. The witches act like final authorities, pretend that their words hold inscrutable mysteries, and hint that their prophecies are for the privileged, the elect and the elite.

Shakespeare’s play depicts the sophistry of temptation in the form of the Weird Sisters who speak in riddles, mutter gobbledygook (“but in a sieve I’ll thither sail, / And like a rat without a tail, /I’ll do, I’ll do, I’ll do”), use equivocal language with double meanings, promise Macbeth a glorious future, and pander to Macbeth’s wishes by telling him what he wants to hear rather than speaking the truth.

The witches tempt by blurring the natural differences and logical distinctions of things. They greet Macbeth with prophecies of the future: “Thane of Glamis!” “Thane of Cawdor!” and “All hail, Macbeth, that shalt be king hereafter!”

Because the witches predicted Macbeth’s new title, he regards the Weird Sisters as seers with foreknowledge, and he announces the good news about the promise of kingship to Lady Macbeth who is rapt at the idea of power: “The letters have transported me beyond/ This ignorant present, and I feel now the future in the instant.” The Macbeths believe the witches are infallible.

The witches, however, are not seers but temptresses who implant lies and fantasies in Macbeth’s mind to flatter his pride and pander to his ambitions. They also tantalize Banquo when he travels with Macbeth during the storm and prophesy that Banquo’s sons will be kings.

While the witches delude Macbeth with the empty promise of kingship, they also tempt Banquo with the riddle, “Thou shalt get kings, though thou be none.” The riddles of the witches defy common sense, but they rely on man’s ability to rationalize and justify evil as “good” because it is fated or determined by the stars or the higher secret powers.

How can both Macbeth and his heirs be king and Banquo and his sons be king? The witches equivocate, deceiving Macbeth by luring him with grand promises and then withdrawing them. Banquo, wary of the subtlety of the Weird Sisters, calls their prophecies “bubbles” and suspects treachery: “. . . to win us to our harm,/ The instruments of darkness tell us truths,/ Win us with honest trifles, to betray’s/In deepest consequence.”

In other words, Banquo detects deception and seduction in the promises of the witches and does not take their words to heart. He detects the subtlety of evil appearing in the guise of good.

Because King Duncan visits Macbeth’s castle shortly after the witches’ prophecy, the Macbeths conspire to murder their monarch and ascend the throne, blaming the death on the groomsmen whom they smear with blood during their sleep.

They do not wait, let nature runs its course, or allow the future to shape events. They will dictate the future, control the outcome, and take matters into their own hands. Following Machiavelli’s advice, they will be as bold as a lion and as cunning as a fox.

When Macbeth hears the voice of conscience forewarning him that the evil of murder violates every aspect of moral law, he remembers that Duncan is a kinsman, a guest in his home, and his king and attempts to stop all thoughts of foul play. “We will no further in this business,” he tells Lady Macbeth, “he hath honored me of late,” only to hear himself insulted by a wife who questions his manhood: “Art thou afeard/ To be the same in thine own act and valor/As thou art in desire?”

Her taunting words reassure her husband that they cannot fail, that their fate was prophesied, and that they must boldly act now lest they lose this momentous opportunity that comes but once. Temptation urges haste, impulsiveness, and action lest the voice of conscience intercede.

As Macbeth soon learns, both the witches’ prophecies and Lady Macbeth’s words delude his mind. When the witches imply Macbeth’s invincibility with words of double meaning –“for none of woman born shall harm Macbeth” and “Macbeth shall never vanquished be until/ Great Birnam Wood to high Dunsinane Hill / Shall come against him”—they say one thing and mean another.

With these words Macbeth trusts that he will defeat all his enemies just as surely as he was honored with the title of Thane of Cawdor, only to learn that Macduff was “untimely ripped” from his mother’s womb by Caesarean section and only to learn that the advancing army is using the branches from Birnam Wood as camouflage as they approach Dunsinane. The witches do not possess higher knowledge or speak infallibly.

Macbeth learns that Lady Macbeth deceived both of them by imagining the crown of kingship would compensate for the bloody deaths they perpetrated, only to discover that the guilt of the crime haunts him with sleeplessness (“Macbeth does murder sleep”) and breeds nightmares of ghosts.

For Lady Macbeth also “the innocent sleep/ That knits up the raveled sleave of care” departs at night as she sleepwalks washing her hands to remove all evidence of blood or guilt: “What, will these hands n’er be clean?” The lies of the witches employ the most elaborate artfulness.

Believing the witches, then, the Macbeths presume that guilt does not exist or is easily suppressed. The Weird Sisters insinuate that the gratification of wishes for power and pleasure eliminates all lingering scruples of conscience.

The witches deny the reality of the soul of man and reduce man to a voracious animal with uncontrollable appetites. But as Macbeth’s tragedy illustrates, nature will out.

Hearing the speeches of the witches and not listening to the voice of conscience always lead to the same tragic end: “Naught’s had, all’s spent.”