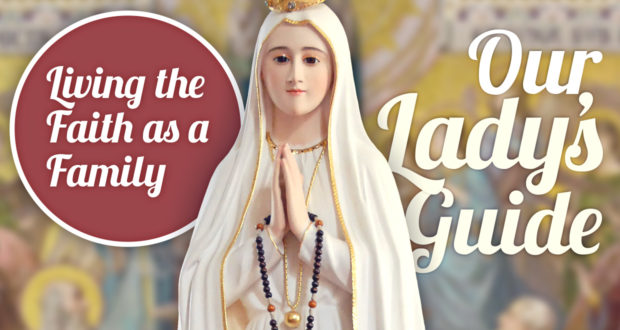 Living the Faith as a Family: Our Lady’s Guide

Several years ago, Father Robert Levis, from Erie, Pennsylvania, spoke at a Catholic Homeschooling Conference in the Washington, D.C. area. Father Levis was a frequent speaker at homeschooling conferences for many years. He spoke about the Message which the Blessed Mother gave to the world when she appeared six times in 1917 in Fatima, Portugal, to three children: Jacinta, Francisco, and Lucia.

The Blessed Mother told the three children that while the current war would end,  “If [people] do not stop offending God, another and worse war will break out in the reign of Pius XI. When you see a night illumined by an unknown light, know that it is the great sign that God gives you, that He is going to punish the world for its crimes by means of war, hunger, persecution of the Church and of the Holy Father.”

The Lady of the Rosary 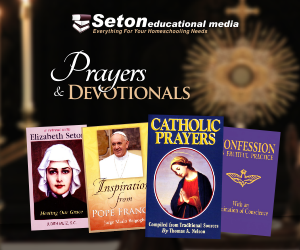 After all this, the sun changed colors and seemed to whirl and even to fall down to the earth. People started screaming in fear, but then they discovered that many were cured of various diseases and afflictions.

Because so many have forgotten about the message of Fatima, we have entered a terrible dark time in the world. The Blessed Mother had descended from Heaven to defend the world from a loss of Faith in God. She had warned that with the loss of Faith, there would be wars, persecutions of Christians, and the disappearance of nations. This is what is happening today. Nothing in history equals what we are experiencing now.

The saintly Pope Pius XII believed that Our Lady’s appearance at Fatima was a great merciful intervention by God in human history. Jesus sent His mother to warn mankind against the terrible dangers to the world unless people repented of their sins. Pope Pius strongly promoted the daily Rosary as well as the Blessed Mother’s request for Mass and Communion by families on the first Saturday of each month.

Families, we are in a worldwide situation where consumerism, secularism, and abortion are rampant throughout the world. The culture of death permeates the world. Russia is still not converted and we certainly do not have world peace.

Called to Live Our Faith

Catholics today must be counter-cultural. Please take me seriously. In addition to Sunday Mass, go to Confession and Mass on the First Saturday of the Month as requested by the Blessed Mother.

Of course, going to Mass and Communion every day is best. This is living the Faith.

Fr. Robert Levis is the founding director (emeritus) of the Graduate Catechetical Institute, a pontifical institute at Gannon University. He has produced several resources to teach the Faith to young people.