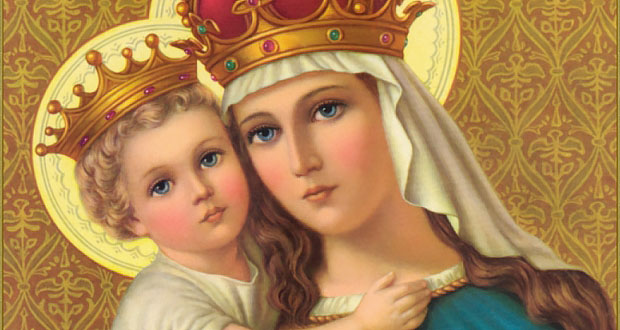 Our Lady of Good Remedy

The Blessed Virgin Mary, under the title of Our Lady of Good Remedy, is honored by the Church on October 8.

Over 800 years ago, thousands of Christian men, women, and children were being captured by the Muslims and sold into slavery. St. John of Matha was concerned about the sufferings of these captives. In the year 1198, having obtained his degree in theology, he established the Trinitarian Order. The Order built hospitals for the slaves, but also collected money to purchase the Christian slaves in order to set them free.

The Trinitarians prayed to the Blessed Mother to help them collect the money. They were very successful and, with the support of the French king, were able to free thousands of captives. St. John of Matha, in thanksgiving to the Blessed Mother, obtained Church approval to establish the title “Our Lady of Good Remedy.”

While Christians in America are not “slaves” in the traditional sense, many are becoming slaves to powerful non-Christian forces. Many non-Christians in our American society desire not only their freedom to believe as they wish, but also insist that everyone else must conform to new anti-Christian laws and regulations. For the Pledge of Allegiance, non-Christians want a new law forbidding everyone to say the words “under God.” Non-Christians are not satisfied with their freedom to not say prayers in the military; they want a law to forbid military chaplains for everyone.

Many of the non-Christians want same-sex “marriage” so these couples can obtain all the legal benefits of a true marriage, including health insurance and social security. The non-Christians want thousands of exemptions for liberal organizations from the new government health care program, but for any Christian organization asking for a religious exemption, their very existence must be destroyed with daily million-dollar fines.

With state-recognized same sex “marriage” comes all legal rights of married couples, not just insurance and social security benefits for the same-sex spouse. Children can legally be adopted by any legally-married couple. The Catholic adoption agency in Boston was forced to close when it refused to allow adoptions of the children by same-sex state-recognized “married” couples.

State and soon federal government regulations concerning schools having neutral-gender or transgender bathrooms have been implemented in schools in four states. If a boy thinks he is a girl, he can use the girls’ bathroom, and vice versa. Transgender bathrooms in schools are likely to be implemented in all states because of the federal funds given to state schools and all schools that take state funding.

“On my part, O loving Mother, Our Lady of Good Remedy, I pledge myself to a more intensely Christian lifestyle, to a more careful observance of the laws of God, to be more conscientious in fulfilling the obligations of my state in life, and to strive to be a source of healing in this broken world of ours.

“Our Lady of Good Remedy, touch the hearts of sinners, that they may seek reconciliation and forgiveness. Bring comfort to the afflicted and the lonely; help the poor and the hopeless; aid the sick and the suffering. May they be healed in body and strengthened in spirit to endure their sufferings with patient resignation and Christian fortitude.”