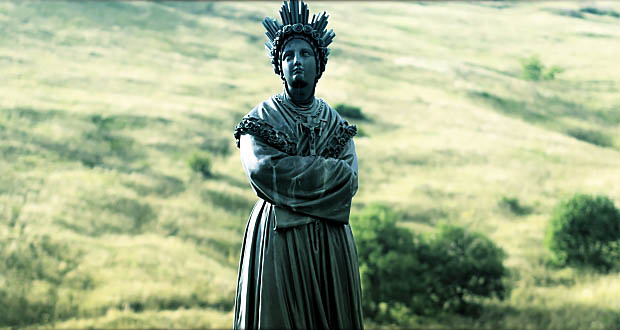 Our Lady of La Salette

On September 19, the Catholic Church celebrates the apparition of the Blessed Mother when she appeared to two children in La Salette, France, in 1846. This apparition and the message are practically unknown in our country, likely because of the amazing miracles in relation to the apparitions of Fatima in Portugal and of Lourdes in France.

Since the Catholic Church has approved the apparition and even has designated the feast day on September 19, we should be aware of the message of the Blessed Mother and her Son at La Salette, and what it means for us and our families.

Unlike other apparitions when the Blessed Mother did not speak at length, at La Salette she gave a rather long message, most of which related to the many sins of the world and the self-destructive habits of so many.

Our Lady of La Salette began her message by speaking about two sins that “weigh down the arm of my Son so much”: sins against the Second and Third Commandments. These two Commandments concern our duty to God Himself as our Creator:

“Thou shall not take the Name of the Lord thy God in vain.”

The Blessed Mother spoke at length about the punishments that would befall mankind because of the sins against these two Commandments.

Melanie Calvat, the young girl to whom the Blessed Mother appeared, wrote several pages of the words of the Blessed Mother. Melanie talked about seeing a brilliant light “and in this light, I saw a most beautiful lady sitting on top of [a mound that she and a friend had built].”  She went “up close to the Beautiful Lady … she began to speak and from her beautiful eyes, tears also started to flow.”

Melanie was able to quote word for word the message from the Blessed Mother. Almost immediately, the Blessed Mother mentioned the two major sins against her Son: “I gave you six days to work, I kept the seventh for myself, and no one wishes to grant it to me. This is what weighs down the arm of my Son so much. Those who drive carts [farm workers] cannot speak without putting the name of my Son in the middle. These are the two things which weigh down the arm of my Son so much.… you swore oaths and you included the name of my Son!”

It has been 160 years since the Blessed Mother gave this message to the world, but it is not likely that she expects her message to be forgotten. As Catholics who want to follow all the Commandments, we need to renew our commitment to keeping Sundays holy and to do what we can so that we and others use the Holy Name of Jesus in prayer, and do not use the Name of Jesus carelessly or in anger. Let us also continue to pray to Our Blessed Mother that abortions will end, that sins against God and unborn life will cease, and that the sanctity of life and the sanctity of marriage will be respected and protected by law. Our Lady of La Salette, pray for us.