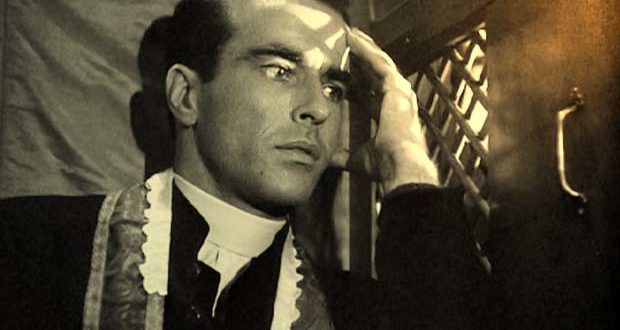 Roger Ebert, the Chicago-based film critic who died recently, wrote that the first thing that really pushed him away from practicing his Catholic faith was his unwillingness to confess certain sins to his parish priest.  He was an altar boy, and the priests knew him well, so he would not really have been anonymous even in a darkened confessional.  He simply could not bear the shame of the priest knowing what he had done.

On the other hand, he could not stop going to Mass, so he compounded the sin by receiving Holy Communion unworthily.  Certainly, as he grew older, his views were shaped and molded by other experiences, but this first instance of living in a state of sin likely had a profound effect on the rest of his life.

Roger Ebert can’t be the only one.  Ebert’s sins were against purity, at a time when temptations were certainly less.  With the television, movies, and the internet offering many more such opportunities, how many young people are drawn into sin, and then find it difficult to confess?

The problem, though, is not merely one of unwillingness to confess, but also in many cases, actually inability to confess because of the lack of opportunity.  In too many parishes, confession is scheduled only from 4:30 until 5:00 on Saturday afternoons.  (I’m waiting to see the bulletin from the first parish which schedules it from 4:59 until 5:00, which won’t matter much since no one comes anyway.)  If you can’t get to confession at that time, you’re out of luck.  Since the church is probably not within walking distance, and since a young person can’t drive to the church, they have to rely on someone else to take them, and that might not be possible, or might be very difficult even to ask.

The issue is further compounded for devout families by the fact that the young person knows that going to Communion in a state of mortal sin is a further grave sin.  But avoiding Communion, especially over a period of weeks, would be extremely embarrassing, bringing unwanted attention and perhaps unwanted questions from the parents.  The great temptation, of course, would be simply to go to Communion to avoid the trouble.  Avoiding the external trouble, though, will certainly bring great internal turmoil to the devout.  Continuing in and compounding mortal sin week after week could bring a soul to a point of feeling the need to deny the faith simply to gain back some inner peace.

It has been said, “If you don’t live the way you believe, you eventually will believe the way you live.”  If you can’t stand to receive the Body of Christ in sin, then you must either deny you are in sin or deny you are receiving Christ.  Either denial does not bode well for a future return to grace.

It used to be that confessions were heard before and even during mass.  Anyone who wanted to confess and so avoid sacrilege had the opportunity to do so.  But with so much less opportunity for confession being offered by churches, perhaps parents need to make more of an effort to see that their children have the opportunity.  One idea might be to make a point of one parent going to church for confession every Saturday and taking any of the children who want to go.  If there is another parish church nearby, then perhaps that is the place to go to confession, just in case anyone is embarrassed about being recognized.

If we want our children to live the Faith, we have to give them the chance to do so.

Does your family go to confession regularly? Do you have suggestions for others on getting the family to confession? Does your parish offer enough opportunities for confession?