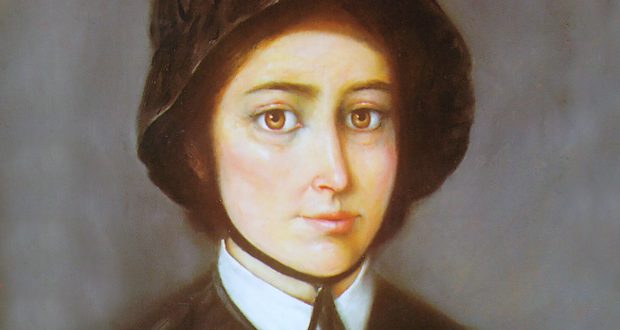 Saint Elizabeth Ann Seton: A Life of Pain and Joy

Elizabeth Ann Seton, born in 1774, was the first native-born American to be canonized a saint.

Her father was a physician, while her mother was the daughter of an Episcopalian minister. In 1794, Elizabeth married William Seton, a businessman. They had two boys and three girls. Her marriage was happy, but Will’s health declined. William and Elizabeth journeyed to Italy for his health at the invitation of his business partners, the Filicchi brothers.

It was hoped that the Italian climate would improve William’s health, but he died soon after arriving in Italy. The Filicchi brothers and their wives—all devout Catholics—were very kind to Elizabeth. Through them Elizabeth felt her first attraction to the Catholic Church. Up to this time, however, Elizabeth was a daily reader of the Scriptures and spent time in meditation and serious consideration of religious matters.

The remainder of this article has been republished here on the Bayley Bulletin.