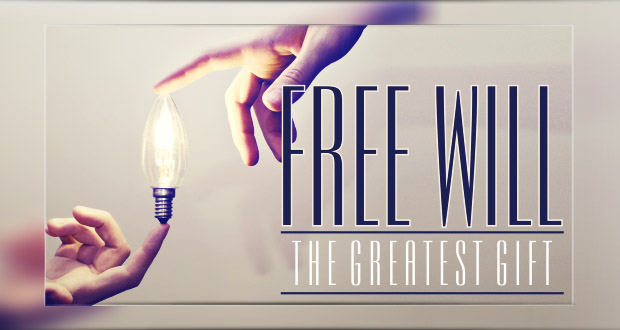 The Tremendous Gift of Freedom and Destiny

Recently in a class to our Confirmation students, I was attempting to explain that much of morality can be traced to Genesis 1:26-27 and the creation of man in the ‘image and likeness of God.’

As I was preparing for the lesson, I thought back to three works that have inspired me and have always been faithful companions in my teaching experiences; The Religious Sense by Msgr. Luigi Giussani and two of the encyclical letters of Blessed John Paul II: Veritatis Splendor and Fides et Ratio. These three works are deeply steeped in the language of Genesis 1:26-27 and the implications these verses have for any discussion on human freedom.

The Creator has given each of us the tremendous gift of free will and our entire life becomes a response to how we use this awesome gift.

Giussani writes: “The human person is responsible before his destiny; the way he attains it is his responsibility, the fruit of his freedom” (Religious Sense 121).

I love these words from Giussani because they challenge us, and they challenge what we teach young people, in regards the very nature of freedom. The fruit of freedom is not the mistaken concept of doing whatever one wants or what gives one the most pleasure. No, the fruit of freedom is responsibility to our Creator for the gifts that he has given us. We can only reach our destiny if it is lived in freedom—not a freedom from the truth but rather a freedom that embraces truth and justice.

Being created in the image and likeness of God requires each of us to use our free will in the service of God and of others. When we are attempting to educate our young people about the gift of freedom it must be connected to man’s unique destiny which is to return to the God who created us and knows us better than we know ourselves.

As I am teaching my students about using our gift of freedom to reach our ultimate destiny, they become wide-eyed. I am always amazed how students (especially high school age and up) love big themes and big ideas. They yearn to be challenged both in the classroom and in church about their own responsibilities. Next, my students and I turn our discussion to the great final judgment scene in Matthew’s 25th chapter.

We take note that those separated on the right and those separated on the left both were given the gift of freedom. Both sheep and goats were created in the image and likeness of God. The ‘sheep’ used their freedom and lived a life of service to their brothers in need. The ‘goats’ used their freedom and rejected a life lived in service to others. Ultimately, their eternal salvation came down to how they used the gift of freedom. The sheep and the goats both confronted Genesis 1:26-27 and one saw in his brother the image of the Creator and the other failed to see this resemblance.

The Son of Man sitting on his throne emphasizes the need to see in the other the Creator. The sheep and goats charity or lack of charity was not directed to some stranger, but to the Son of Man himself.

In so many ways and in so many circumstances, Christians feel as though their belief system and moral views are under attack from the culture at large. Yes, our values are under attack but rather than respond from a defensive posture, we need to be bold and courageous in how we speak about the beauty of authentic freedom. In Fides Et Ratio John Paul II states clearly and concisely; “freedom is not realized in decisions made against God. For how could it be an exercise of true freedom to refuse to be open to the very reality which enables our self-realization?” (Fides Et Ratio 13)

Modern culture is totally closed to any authentic view of reality and this is why so many people struggle with a positive self-realization. Our throwaway culture rejects both God and man, which ultimately is a failure to understand or comprehend Genesis 1:26-27. The baby in the womb, the homeless person on the street and the elderly person at the end of life are all looked at as problems that can quickly and easily be dispensed with. We have become a society that fails to respect the dignity of the human person and in doing so reject the Creator Who made man with an incredible majesty.

One of the things I love about teaching at a college is that I am constantly challenged to present the outlines of true and authentic freedom to students, who are desperately eager to be given more than just banal answers to life’s difficult problems. True freedom liberates and creates heroism beyond the human imagination.

I love to use the wonderful example with my students from the movie Life Is Beautiful in which the father is enslaved in a Nazi death camp in which seemingly all his freedom has been taken away. Yet, he makes the free choice to not be swept up in the hate and despair of the Nazis, and through his heroic actions his young son and wife are saved. It is the type of example that moves and touches all of my students because of its universal truth and beauty. My students get the irony of one man using his gift of freedom to save others while the regime that had enslaved him was built upon the ultimate lie that denied the existence of human freedom.

Freedom is not some random ‘thing’ we just use to make ourselves happy; rather, it is a gift that has the power to transform lives and in turn change a culture in desperate need of heroic young men and women.

True freedom is lived in grace-filled harmony with Genesis 1:26-27 and each day demands that we grow in a deeper appreciation of what St. Athanasius teaches us: “For the Son of God became man so that we might become God.”