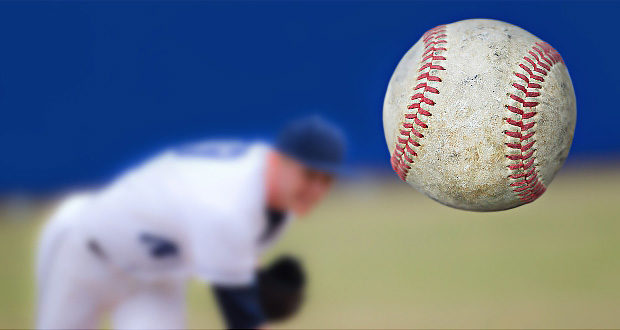 When God’s the Pitcher, Do You Trust the Curve Balls?

When reading the Holy Scriptures, we often have a tendency to paint the people in the Bible as being larger than life. We see them as men and women who are above human frailties and who walk in spiritual victory every step of the way without stumbling once. Nothing, however, could be further from the truth, and John the Baptist is no exception to this rule.

Cast into prison for his faithfulness to preach the Truth, the whole Truth, and nothing but the Truth, John’s faith in Christ began to waver. He became confused and stumbled in his faith. Simply put, he didn’t understand what in the world was going on. Things were happening that, in his mind, were not supposed to happen.

While in prison, John heard about all that Christ was accomplishing in His ministry. He then sent his disciples to Jesus to ask Him the following question: “Are you the one who was to come or should we expect someone else?” How could this be? What happened to this great man of faith? When Jesus came from Galilee to the Jordan to be baptized, John knew who He was then. In those days, his faith in Christ was so strong that he looked into the face of our Lord and said, “I need to be baptized by you, and do you come to me?”

Why was John confused? What caused him to stumble? Why was he now being plagued with doubts concerning the Lord Jesus Christ? Since we aren’t omniscient, we can only speculate as to what sorts of thoughts were going through the mind of John the Baptist as he moldered in his prison cell day after day. If Jesus was the Messiah, and John was the forerunner of this Messiah whose coming was foretold by the Old Testament prophets, why did Jesus allow him to be imprisoned? Why wasn’t He coming to His servant’s rescue? Why was He just leaving him there to suffer?

It could also be that John was guilty (like many in Israel) of entertaining preconceived ideas and notions concerning the Messiah and what He would accomplish in Israel. In John’s mind, the Messiah would do such and such. But here was Jesus, bypassing the throne of Israel for which the Messiah was destined, and teaching, performing miracles, and healing the sick instead!

Jesus knew exactly what was going on in John’s mind, and so He replied to John’s disciples with the following words: “Go back and report to John what you hear and see. The blind receive sight, the lame walk, those who have leprosy are cured, the deaf hear, the dead are raised, and the good news is preached to the poor.” This was Jesus’ way of saying to John, “Don’t you remember what Isaiah prophesied concerning the Messiah? Have you forgotten what is written in the scroll, John? It is written that the Messiah would take up humanity’s infirmities. He would have an awesome healing ministry. The very miracles that I am doing prove that I am He who was prophesied to come!”

When God Throws a Curve Ball

Before John’s disciples left Jesus to take His message back to John, Jesus added one other point: “Blessed is the man who does not fall away on account of me.” What did Jesus mean by these words? Were these words meant for John the Baptist only or were they meant for us as well? I am convinced that Jesus’ words to John were meant for us as well, for we are all human and prone to stumble in our journey of faith. What, then, was Jesus saying to John and to us?

Blessed are those who do not stumble or become hindered in their faith when Christ does not act according to the plans and preconceived ideas they’ve worked out in their own minds concerning how things will go in their lives and how God will move in their lives as well.

In baseball, a curve is a ball thrown by a right-handed pitcher that curves to the pitcher’s left, or one thrown by a left-handed pitcher that curves to the pitcher’s right. The pitcher knows exactly what course the ball is going to take since he is the one who throws it. The one thrown into confusion, however, is the player who is holding the bat. He sees the ball coming straight at him, but suddenly, that ball curves and moves in a different direction than he was expecting.

Many times in our lives, God throws us a curve ball. He allows things to happen in our lives that we weren’t expecting to happen. In our minds, we carefully lay out a blueprint of how we expect God to move in our lives and answer our prayers. When things don’t go according to our plans, like John the Baptist, we stumble in our faith. A man loses his job. A child runs away from home. A loved one suddenly passes away. Some of these curve balls can be frustrating, while others are painful and absolutely frightening. How are we to respond when those curve balls come our way?

First, we must never lose sight of the truth that God is the Pitcher. He is the One who allows those unexpected situations into our lives because He knows the good He intends to bring out of them. He knows exactly what course the “ball” is going to take. He is in complete control.

Making Christ the Center of the Moment

Second, beware of focusing on your plans. Long-term planning is good, but we get into all sorts of trouble in our faith journey when those plans cause us to lose sight of God’s sovereignty over our lives. Without meaning to, many Christians have a tendency to usurp God’s authority and ownership over their lives. They exhaust and spend themselves in their determined efforts to carry out their own plans instead of yielding to God and His plans for their lives. We must learn to live day by day, moment by moment, making Christ the center of that moment.

I am convinced that if we are drawing closer to God in our daily lives through prayer, meditation, study of the Scriptures, and obedience to those Scriptures, the Spirit of God will move us in the direction of His will for our lives. When we draw closer to the Lord in our daily lives (through the above-mentioned disciplines), we place ourselves in a position where we are more sensitive to the leading and guiding of His Spirit. But when we move away from those necessary disciplines, the exact opposite happens, and we experience difficulty in discerning God’s voice.

Sometimes, even when we are drawing closer to God in our daily lives, the unexpected still happens. We’re not omniscient. We don’t know what tomorrow holds. Only God knows. During those times, the Lord wants us to trust Him completely and to lean on the strength that only He can give. When going through a difficult, confusing, or frustrating time, we must live moment by moment, making Christ the center of that moment.

Sixteen years ago, my husband lost his job, and we were forced to relocate to another part of the United States. For the first time in my life, I would be separated from my parents, siblings, relatives, friends, and all things familiar. While coping with this distress, my father was diagnosed with inoperable cancer. Four months after we relocated, he passed away. I had to figure out a way to survive that dark time emotionally. All sorts of thoughts would race through my mind in those days. How will I get through the night? The month? The holidays?

When I would dwell on getting through the night, the month, or the upcoming holidays, I became overwhelmed and filled with anxiety and despair. It was too much. If I didn’t rethink my focus, I knew that I would fall apart. I decided then and there that in order to get through that dark period in my life, I would live moment by moment. I didn’t want to focus on next week, next month, or next year. My cross was much easier to carry if I endured it moment by moment. My focus would not be on the pain of that moment, but on glorifying Jesus and making Him the center of that moment.

Through this ingenious method, the Spirit of Christ got me through the trial and educated me in a thousand different ways while going through it. I became knowledgeable in things I could not have learned otherwise. I became more fruitful. When all was said and done, I marveled at the understanding and wisdom of God, who knew exactly how to use that painful situation to work out wonderful things in me so that He would be glorified.

God is in control. He knows exactly what is going on in our lives and what will soon take place. It’s His blueprint that we must believe in, not our own. When we focus on our own blueprint, schemes, and plans, we inevitably end up stumbling in our journey of faith. This is the inevitable result any time the Master Architect’s plans conflict with our own. To avoid this stumbling and this hindrance, we would do well to make Christ’s plans the focus of our lives and not our own.

Brothers and sisters, let us listen carefully to what the Spirit is saying to the Church…

…Blessed is he who does not fall away on account of Christ!