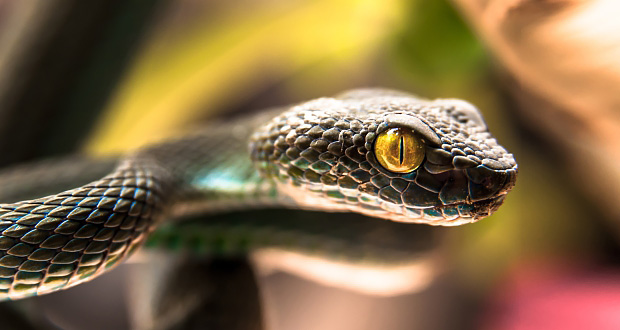 When Satan Comes to Call: Dealing With Temptation… and God’s Love

Because of our fallen nature, you and I are going to be subject to all sorts of temptations for the rest of our lives.

There is no point in our lives – no matter how old we are – when we are going to be able to lose our vigilance when it comes to temptation. If you’re human, you’re prone to temptation and sin. It doesn’t matter how much you may love Jesus, how devoutly you may practice the Catholic Faith, and how many years it’s been since you’ve been baptized and confirmed. It doesn’t matter what position you hold in Christ’s Church. Being confronted with every manner of temptation is as natural to humanity as is breathing.

Christ Himself, the sinless Son of God, had to deal with temptation when He walked the earth. Will it be any different for us, who struggle with a fallen nature?

Believe it or not, it is not a sin to be tempted. As mentioned above, Christ Himself was tempted by the devil in the wilderness, and yet, He was without sin. Temptation becomes a sin when we yield to it. When I was younger, I used to think that I had sinned each time a temptation came my way. As a result, I found myself in such miserable bondage that I had no joy whatsoever in my walk with Christ. So it’s important to keep this truth in mind when dealing with temptation.

Believe it or not, the more determined you are to live for God, the more you love Him, and the more you are willing to give everything and anything up in order to follow Him, the more Satan will come after you in order to get you to sin. Although the prince of darkness is the enemy of all mankind, he has a special contempt and hatred for those who love God with all their hearts and are trying to keep His commandments. So don’t be surprised when, after you make a commitment to live a more devout life before God, you find yourself struggling with temptation more than you ever did. You’ve got the enemy’s attention now.

One of the things that I have learned in my spiritual journey is that the first step toward overcoming temptation and sin is to “get real with God” about those temptations in prayer. Prayer, more than anything else, is the key to overcoming temptation in our lives so that we don’t get led into sin. Remember what Jesus said to Peter in the Garden of Gethsemane: “Watch and pray, so that you will not fall into temptation…”

If you are struggling with different temptations in your life, you need to go to your Heavenly Father in prayer and you need to talk to Him about them. This may sound elementary, but you’d be surprised at how many people find that they are not able to do this. Some people don’t go to God at all; they simply pick up a self-help book or seek advice from a friend.

Some people do go to God in prayer, but not in order to talk to Him about the temptation that they’re struggling with. Instead, they pray for and about everything else under the sun in the hope that God doesn’t notice the temptation that they’re struggling with in their life. They’re afraid that if they talk to God about whatever it is they are struggling with, that He will become angry with them, disappointed in them, or worse, that He may even punish them. They’re embarrassed to have to name their temptation to a holy God. But He sees it anyway, whether we speak to Him about it or not. God understands our humanity!

He, more than anyone else, understands our fallen nature. If a man goes before God and admits that he is struggling with temptation in certain areas of his life, do we really think that God’s mouth is going to drop open and that shock and horror are going to register on His face? In great compassion for us, He sent His Son to this sin benighted world in order to rescue us from our sins because He is fully aware of man’s enslavement to sin apart from His power.

Many years ago, as I was happily serving the Lord, focusing on the things of God, and enjoying the sheer pleasure of walking in the power of His Spirit, Satan cut me off in my path and began to hurl the fiery darts of temptation at me. I was completely shocked and unprepared for this. When I speak about temptation, I’m not referring to a little thought that pops into your head and then pops right out. We all experience moments like that. I’m talking about those times when you find yourself in the grip of an invisible satanic force that squeezes you so hard that you can’t even concentrate or think straight. When that happens, you know that you have come under a full-blown satanic attack.

So, there I was, suffocating while Satan squeezed harder and harder in order to get me to capitulate. This went on and on for days. I did everything that I could in order to keep my mind focused on God. .

I read the Bible and other spiritual books.

I listened to Christian music.

I busied myself with church service.

But still, it was there, distracting me and tormenting me. Finally, I decided to go before the Lord with it. I remember that moment as if it had happened five minutes ago. I went into a back room, where I closed and locked the door. When I went before the Lord, I “got real” with Him and spoke about exactly what it was that I was struggling with. I named my temptation. As I poured out my heart to God, something within me broke, and I found myself weeping and sobbing in His arms. I kept pleading with Him to help me. As I wept, something supernatural occurred.

The fiery darts of Satan were extinguished and the temptation was removed. It vanished! I felt consumed – utterly consumed – by a love that is not of this world. My Heavenly Father had quieted my heart with His love. The storm no longer raged.

The times that I have felt closest to our Lord have been those times when I have wept in His arms because of different struggles and temptations that I was facing. When we find ourselves struggling with temptation in our lives, we need to go to Him. When Satan launches everything from his miserable arsenal against you in order to get you to sin against your Lord, that’s not the time to let religious pride keep you from running into His arms. You will either run into the arms of your Lord, or you will fall. There is no in between.

If you are struggling – really struggling – with temptation in your life, go to God with it. Talk to Him about it. Name it, and He, Who is mighty to save, will rescue you, delight in you,

…and quiet you with His love.