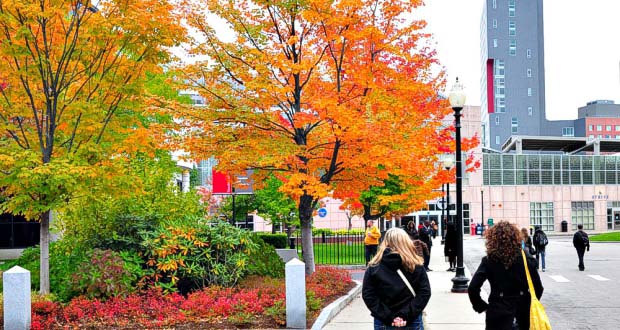 Seton Home Study School is a college preparatory program, so it is reasonable to surmise that most of our high school students hope to attend college. In some ways, college has become the new high school, and it is simply understood that students will be heading off to college after high school.

But, even as more and more young people attend college, a college education has become more problematic in many ways. The first great roadblock to attending college is the price tag. The cost to attend college has broken through any norm of reasonability and risen to the level of absurdity. Case in point: though the current U.S. median annual household income is slightly over $50,000, there are dozens of private colleges in the United States that charge more than $50,000 per year, and the list grows longer every semester.

Though they are cheaper than their private counterparts, the costs of public colleges have recently grown much faster. According to CNNMoney.com, “To attend an in-state public college for the 2012-13 academic year, the average overall cost (or “sticker price”) for students who don’t receive any financial aid rose 3.8% to a record $22,261…” The same article reports that public-college tuition costs have more than doubled in the past ten years.

While college graduates fall deeper in debt, parents wonder how they could ever possibly retire after making the tuition payments, and as people are really struggling to pay their mortgages, much less their kids’ college bills, the response of colleges has been nearly universal: raise prices.

How You Can Reduce the Cost

Fortunately, there are several ways that you can reduce costs. The main way is to win scholarships. Scholarships come in many different forms, with the most common being the merit scholarship which a student receives from a college by having good test scores, good high school grades, or both. It is extremely important for a student to score well on the SAT or ACT. A good score can be worth tens of thousands of dollars over four years.

Students should not go into the tests unprepared. They should study for the test, either through free online materials, study books, or even paid courses. At the very least, students should take some of the sample tests available online. As an hourly wage, the financial return on studying for a college entrance test may be the highest hourly pay a person ever earns.

Don’t leave it at academic scholarships, though. Your student may be eligible for many other scholarships. Is your student attending the same college as his or her parents? If so, maybe an alumni scholarship is available. Scholarships are available for racial or ethnic groups, for children of veterans, or for those interested in specific areas of study. Be sure to check locally, with your parish, local K of C chapter, city or county government, etc.

Also, check for scholarships online, and leave no stone unturned.

For those families with young children, you can plan ahead and save. Almost every state runs something called a “529 plan” which allows parents to save money for college with some substantial tax benefits.

For families with several children, you should look into sibling discounts. Several colleges give either flat rate discounts or percentages off for second or third students from the same family. For example, Christendom College offers 25% off tuition for the 2nd student, and 50% off tuition for the third. Franciscan University of Steubenville and Ave Maria University both offer fixed amounts off tuition for additional students from one family. However, a college may not apply sibling discounts automatically; you may need to ask for the discounts.

Don’t overlook the career opportunities graduates can pursue with a two year Associate’s Degree. For instance, the demand for Health Care continues to increase and to cite one example, the median pay of a Registered Nurse is over $64,000 per year.

Finally, if your student has particular career plans already made, a vocational or technical school might be preferable to a more general college. Vocational and technical training generally lasts less than four years, and so it is quite a bit cheaper.

How is your family dealing with the rising cost of a college education? Have you considered online college courses as a viable option?