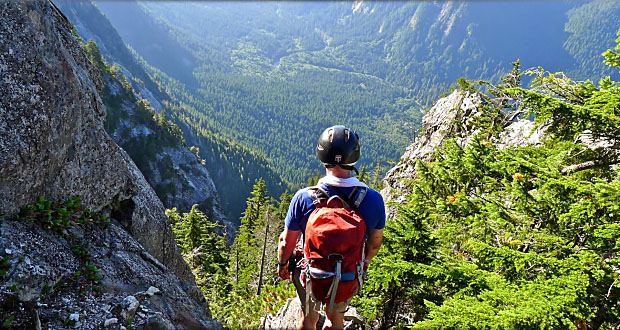 This is primarily written toward teenagers who are currently working on high school, but will—before they know it—be going on to college or the working world.

As you grow up, adults try to push you toward doing the right thing. But eventually people stop pushing you, and you have to make your own decisions.

If you decide to attend college, your professors will give you assignments and tell you the date when you will have your mid-term and final exams. If your professor assigns a term paper for a class, the professor may take a few moments to go over the parameters of the assignment, but once that is done, it will be up to you to write the paper. Maybe the professor will mention the paper again a few weeks before it is due, or maybe not. In any case, the professor is not going to follow you around campus, cajoling you into writing the paper. You are either going to write it or not, on your own, with nobody telling you to do it.

If you decide to forgo college and take a job, you will have people in authority telling you what to do. They will tell you what to do, but they will not stand over you every second making sure that you are working. If they leave your work area and come back two hours later, they will expect that you have done two hours’ worth of work. If you haven’t, you might get a warning that your performance is not acceptable. You are unlikely to receive a second warning.

When you are a child, others make decisions for you; but, as you grow up, you begin to make more and more decisions for yourself. In high school, you don’t learn only about history, science, and math. You also learn to make your own decisions, and those decisions go a long way to determining what kind of person you will become.

Freedom to Get Ready

One of the great benefits of homeschooling is that it allows students so much freedom. You, along with your parents, can decide on your studies and outside activities. You are not limited by a school schedule or a course list. In most cases, you are also not limited by responsibilities of work and family. You are not caught in a trench between two high walls, with only one path forward. You are in an open field, with limitless paths.

In the book Outliers, Malcolm Gladwell makes the case that what we think of as talent is really hard work. Generally, the best basketball player on the team is the one who spends the most hours in gym. The best violinist is the one that practices the most. The best Olympic high jumper is the hardest and smartest worker. When we see the great basketball player, hear the great violinist, or cheer for the jumper, we say to ourselves, “How lucky to be blessed with such talent!” But we only see the result, without seeing the work behind it.

Excellence does not come without sacrifice. Gladwell reports that across a number of different disciplines, he found that it takes approximately 10,000 hours to achieve excellence.

Everyone is familiar with the writer Stephen King. He is one of the most-read authors on the planet, and his books have been made into scores of movies. There is no doubt that achieving success on that scale is due partly to luck. But Stephen King also worked hard, writing and writing every day. King’s advice to writers now is to do what he did: write at least 2,000 words every day, no matter what.

Science fiction writer Jerry Pournelle has similar advice. Whenever anyone asks him how to become a successful writer, he tells them, “First, write a million words.”

I am not nearly as successful a writer as Pournelle or King, but I understand exactly what they are talking about. Over time, I have become a better writer, in ways that are subtle but real. When I look at pieces I wrote years ago, I instinctively know what would make them better. Because I have spent time writing—and also time reading—my eye and my ear for writing have improved.

I also write computer software, and the same evolution has happened to that skill. When I look at computer code I wrote a decade ago, I know immediately how to make it better.

High schoolers, you have a chance at this point in your life to decide what you will be.

Decide to be great.

What Life Lesson learned in high school has served you well in life?