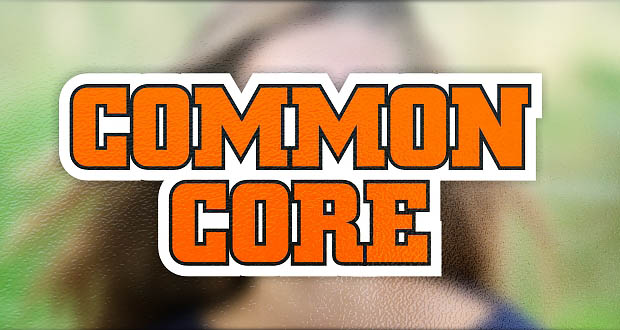 Will Common Core Requirements Keep Homeschoolers Out of College?

Virtually every home schooling parent who knows anything about the Common Core of State Standards (CCSS) opposes them. Nevertheless, many are concerned that not following a Common Core program might have a negative impact on their children’s ability to attend a selective four-year university.

Parents have heard – correctly — that both the SAT and the ACT college entrance exams will be aligned with the new standards. Will ignoring the Common Core and following a traditional course of study leave homeschooled students unprepared for entrance exams and to tackle college-level work?

After giving this question considerable thought, I am of the opinion that we home educators have little to worry about.

Don’t Cross Your Bridges Until You Come to Them.

The sixth chapter of St Matthew’s gospels tells us, “Do not worry about tomorrow; let tomorrow worry about itself. Today has troubles of it’s own.” It’s great advice. We honestly don’t know what will happen with the Common Core.

Wherever it is introduced, parents, some teachers, and state legislators are responding with dismay and even outrage. Many public school parents are directing their children to refuse to sit for the assessments. In states that have already implemented the CCSS, proficiency scores have plummeted – by 30 to 40 points in Kentucky.

Only 30% of New York State students rank proficient in their assessments last spring.

Legislators in state after state are taking a look at the CCSS, which many had never heard of, and none had voted in. Although originally only four states (AL, NE, VA, and TX) declined the CCSS, opposition has risen in virtually every other state as citizens urge legislators to pull out.

Maybe the whole Common Core will implode before your children hit college age.

Cream Always Rises to the Top

Washington Post columnist, Valerie Strauss, recounts the story of a Florida school board member who sat for a 10th grade standardized test used in that state to determine whether a student is college material (here).

Although he is a highly accomplished businessman has two masters degrees and fifteen hours towards his doctorate, he correctly answered only 1/6 of the math questions and less than 2/3 of the verbal. This gentleman’s poor showing is indicative of what worries home schoolers.

Curious, I followed a link and took a modified version of the same test, with seven verbal questions and another seven in math. Although I lack any college degree whatsoever and finished 10th grade in 1967, I scored 100% in verbal and missed just one math problem (because I forgot how to factor roots).

Some readers may think I am being a bit disingenuous because, although I have been out of high school for decades, I did more recently teach high school to six of my own children. True enough! Exclusively using Seton’s very excellent high school program apparently prepared me to ace this quiz.

Homeschoolers may need to purchase test prep books, but a top-notch education will prepare your children to excel on standardized tests—and in life.

It is no secret that students from other nations outperform their U.S. counterparts, especially in the so-called STEM (Science Technology Engineering Math) disciplines.

These students hail from a variety of nations, all using different standards and curriculum, and learn in different languages, and yet they are eagerly sought after by high-profile departments, which need their skills as teacher and research assistants.

Universities will continue to demand the best and brightest, and the Common Core math standards will leave children as much as two years behind current achievement levels, according to people who are far smarter than I. (This is a good place to learn why: here. Follow the links at the bottom for more specifics.)

Homeschooled children, especially those taught with a demanding curriculum, will excel, and thus be attractive candidates for university programs.

One defense of the U.S. public school system goes something like this: American students may not be as well prepared in terms of rigor, but they are independent learners who can think outside the box. This explains why, although other nations may refine and improve our products, virtually every significant modern invention originated in the U.S.A.

American individualism has been the backbone of our technology and our economic system, but will be effectively destroyed by the Common Core, which demands a one-size-fits-all adherence to the same tested standards.

Home-educated students have already distinguished themselves, winning major awards in every field of study, and will continue to do so. Once again, their accomplishments will make them very attractive candidates for colleges and careers.

We now have over thirty years of research and experience proving that home education is the best method for virtually every child. This success is most likely due to how we differentiate our home school from the public models. Public schools teach children to read using a whole word method; we use phonics.

They use constructivist math forcing children to develop their own problem-solving strategies; we teach them how to solve the problems by direct instruction. Public school children read fiction chosen to reinforce particular values such as ethnic diversity or feminism; we choose books that are proven classics of juvenile literature.

They allow creative spelling and grammar and believe that correcting compositions stifles imagination; we insist on learning and using rules of rhetoric. The list goes on and on.

The Common Core was implemented before being piloted or tested anywhere. We have no reason to believe the CCSS will improve academic performance, and many experts believe it will have disastrous effects on learning. On the other hand, we know that home education has proven itself to be the superior form of learning.

“Be not afraid,” must be our motto. We must trust that by providing our children with high quality homeschool experience, they will be ready for future college study and to assume their places as citizens of faith, integrity, and moral character.