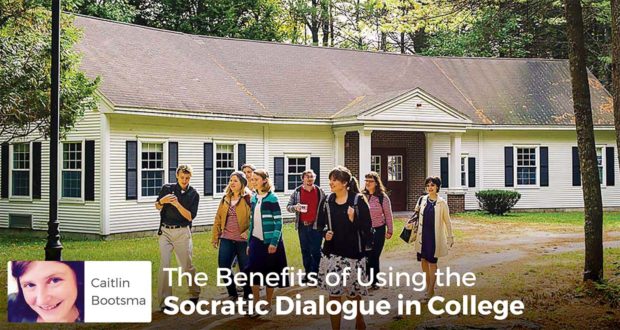 The Benefits of Using the Socratic Dialogue in College

Caitlin Bootsma talks with Dr. George Harne on the benefits of using the Socratic dialogue in college and how it lays the foundation for a fulfilling life.

It’s not often that you witness Socratic dialogue occurring anymore on a college campus. Since the emergence of research universities in the late nineteenth century, the examination of universal questions in a university setting has become almost nonexistent.

As a parent or high school student, it might seem as though continuing the level of inquiry begun through homeschooling is impossible. 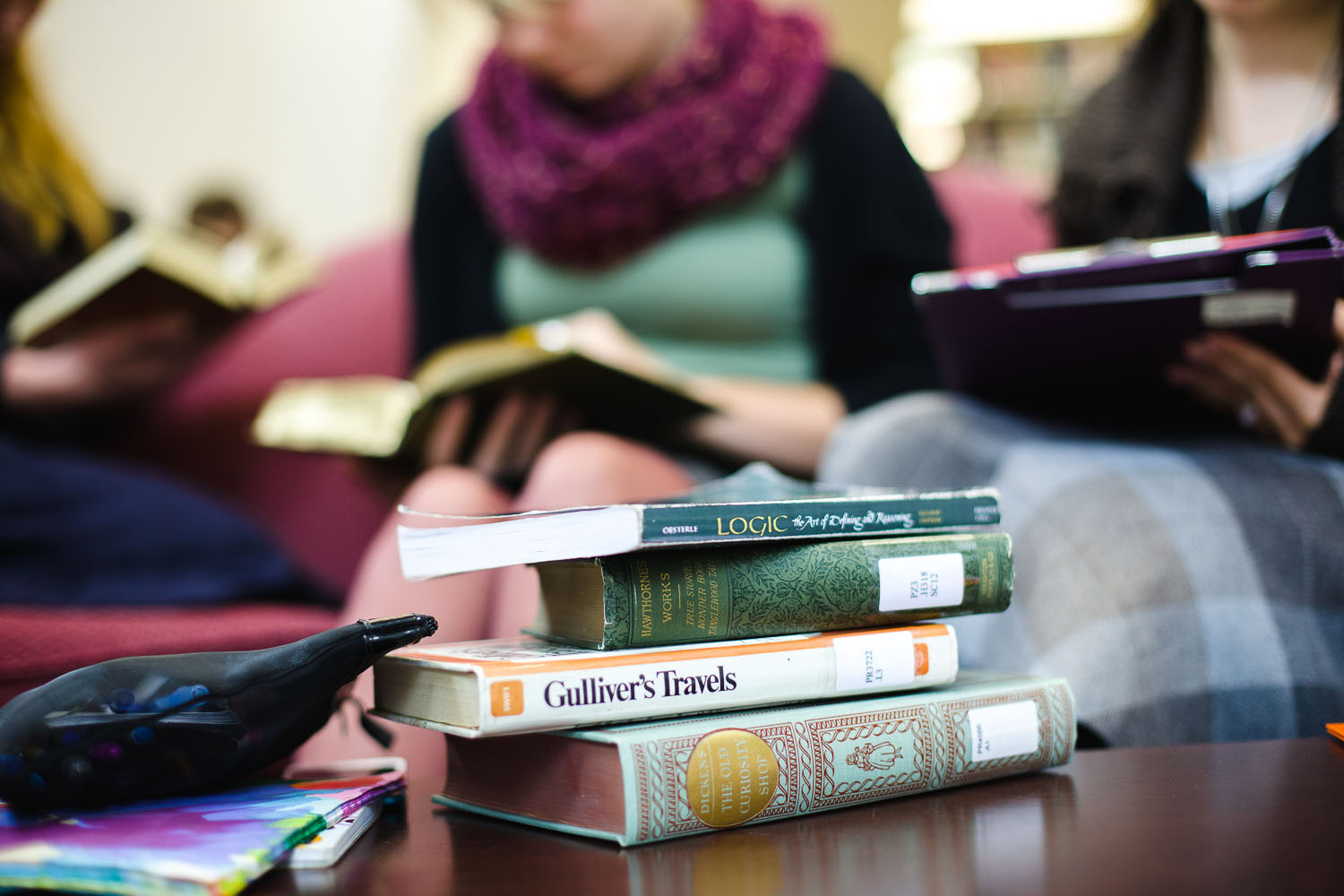 Seton students would find the method of education at NCC very familiar. College class sizes are small and, together with the professor, students undertake a sustained philosophical inquiry using faith and reason (fides et ratio), what Pope Saint John Paul II called the “two wings on which the human spirit rises to the contemplation of truth,” taking up and pursuing unrelentingly the perennial and sapiential questions such as “Who am I?,” “Is there a God?,” “Is there life after death?,” “How then shall we live?” and “What does it mean to be human?”

NCC is committed to an education steeped in the Great Books. The students learn not only from their professors, but also directly from the most important works from throughout our history. These writings include books, poetry, plays, essays, Scripture, and Church documents.

Students search for answers to questions about human nature, human flourishing, God, and the political order. In seeking the truth of these matters through primary texts and in dialogue, students enter the great conversation that has animated human inquiry for millennia.

I had the opportunity to talk with Dr. George Harne, President of NCC, about just why he thinks utilizing Socratic dialogue is so important for intellectual development. Along with running NCC, he and his wife Debbie homeschool their five children. Here’s what he had to say:

Students learn best when they are interested and actively engaged. (I’ve never seen a student fall asleep in a Socratic discussion.) The Socratic method enables students to share in the discovery of wisdom so that learning becomes a partnership between students, the authors they read, and their teachers. It also helps students to take responsibility for what they learn: in addition to asking and answering questions in class, they learn to ask questions of the books as they read them, of themselves, and of the their peers outside of class. Dialogue in the pursuit of wisdom can become a deeply ennobling approach to education and to life itself.

Dialogue, as an approach to education, has also been used both in antiquity and by some of the greatest teachers of the Church: consider the Summa theologiae of Thomas Aquinas. It is fundamentally a dialogue between different views on a given subject, in pursuit of the truth about that subject. Socratic seminars call all the participants to join in a disciplined dialogue with one goal in mind: to discover the truth. 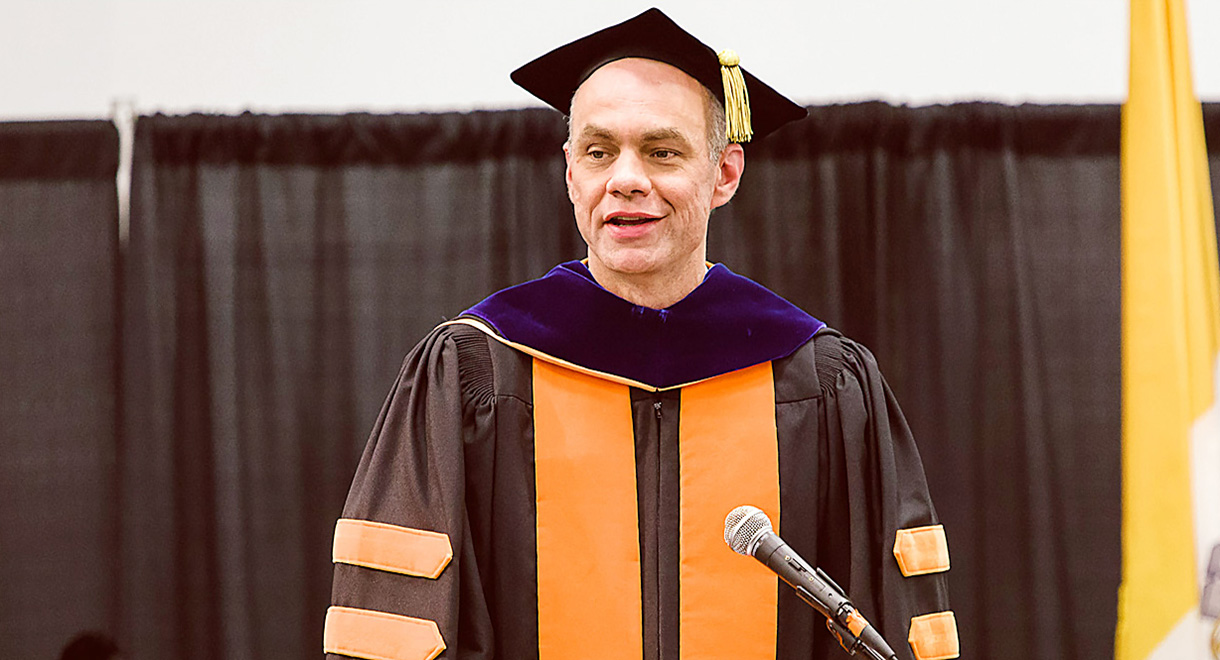 Of course, Dr. Harne goes on to say, there are intellectual benefits that go along with the wonder of exploring the truth through so many different disciples:

Human beings are not sponges. We are called to a more active mode of learning. (This includes active listening and reflection.) While a great lecture is a beautiful thing, in many lecture-settings in the university, students approach learning in a passive way and can fail to receive much of what the text and the teacher have to offer. As learners, we should be actively involved throughout the process of learning. Our students grow intellectually when they actively engage and carefully listen to the texts they study in preparation for class and then when they bring these dispositions to the class itself. Of course this dialogical habit of mind—a readiness to both listen and respond with care—can then be transferred to many other contexts.

Parents of NCC students have, no doubt, noticed some of the same effects of this mode of learning on their children. Children, especially as they mature, have the opportunity to do more than take in and regurgitate information; they can be part of the great Western intellectual tradition.

This intellectual formation prepares them to engage in dialogue, make wise choices, and build a foundation to become a leader in whatever profession they end up pursuing.

It is probably not surprising that sixty percent of NCC students are homeschool graduates—the majority of which come from the Seton community.

For these Seton students, NCC is a natural next step. As Seton graduate Meaghan Robinson (NCC 2019) puts it, “There are some deep parallels between the curriculum of Seton and Northeast Catholic.” She also emphasizes that, like Seton, “Catholic Identity is woven into every part of our curriculum.”

Fellow Seton grad Sophia Kelly agrees, commenting, “What I found is that NCC nurtured and developed the education I had received at Seton.”

No one has to tell Seton graduates that not only faith, but also a recognition of absolute truth is missing from modern education. This is one of the reasons why so many parents choose to homeschool their children. In this respect, NCC prides itself on being counter-cultural.

The overwhelming majority of students graduate from NCC with a strong faith and prayer life as well as a foundation of knowledge that will sustain them as they go forth into the world and find their vocation.

And there is one thing you can be absolutely sure of: students who have engaged extensively in Socratic dialogue throughout their education will continue to search for the truth, considering this a fundamental element of a fulfilling life.