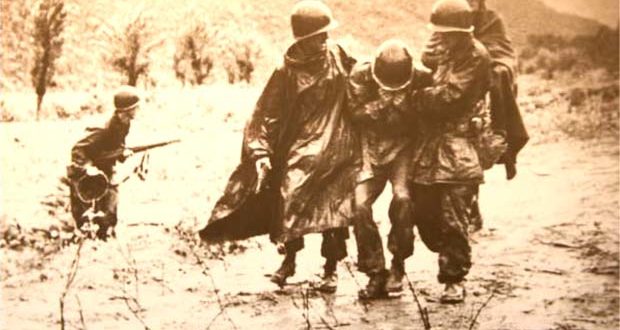 Fr. Emil Kapaun was a priest from the diocese of Wichita, Kansas. After ordination in 1940, he spent some time as a fill-in chaplain at a nearby military base while also serving in a parish. His bishop allowed him to join the service as a full-time chaplain in 1944; Fr. Kapaun then served in Burma and India and returned to civilian priestly service two years later. He returned to the military chaplaincy in 1948 and was stationed in Japan when the Korean War began. A Catholic legend was about to be born.

Fr. Kapaun and his unit were among the first American troops to enter the Korean conflict. During the first phase of the war, the fierce fighting resulted in defeat and retreat for the South Korean and American armies. During this phase of the war, Fr. Kapaun was tireless in administering the sacraments, saying Mass and caring for the wounded and discouraged soldiers on the front lines. Several times, his jeep and portable Mass kit were destroyed by enemy fire. Once an enemy sniper even shot his pipe from his mouth! On at least one occasion, he ventured out ahead of the troops under intense fire to rescue a wounded soldier and bring him back to friendly lines. For his bravery and selfless activity, he was awarded the Bronze Star in September of 1950, just about one month before he was captured by North Korean troops. 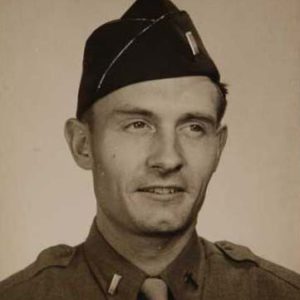 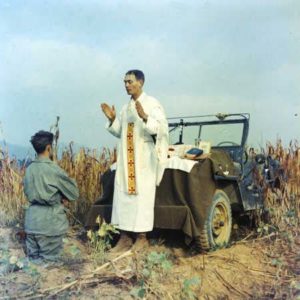 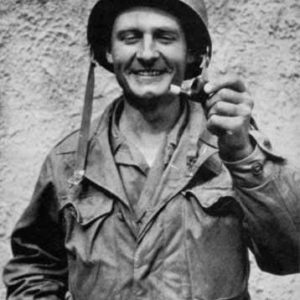 The march into captivity was marked by great brutality on the part of the guards. If a soldier was no longer able to march, the North Koreans would often simply shoot him. Fr. Kapaun was alert to the soldiers who needed extra help and convinced other soldiers to help them along and hide their condition from the guards. Even though the priest suffered from severe frostbite himself, he managed to save the lives of many on the way to Pyoktong camp in Northern Korea near the Chinese border.

Pyoktong camp is still in use today by the North Korean government. Pyoktong is the final destination for those deemed most dangerous to the government; the reputation for brutality there has been built over many long years. There is no sentence other than life in prison in this camp, and usually the sentence is of rather short duration. When Fr. Kapaun was there, the prisoners all suffered from cold, disease, lack of food and frequent beatings. The priest witnessed many deaths due to ill-treatment and did his best to provide spiritual comfort to his miserable flock. He would routinely volunteer for the most difficult and repulsive tasks, such as cleaning latrines, in order to spare the weakest soldiers.

Often, Fr. Kapaun would give his own meager ration of food to others. He would also secretly slip from the barracks at night at great risk to his own life. He would steal food from the guards to supplement the inadequate rations given to the prisoners. These expeditions would always begin with a quick prayer to St. Dismas the Good Thief; the priest would usually return with some rice, potatoes or tea—and a pot in which to prepare them!

Malnutrition and brutality took its toll on Fr. Kapaun. In early April of 1951 he collapsed, suffering from pneumonia, blood clots and dysentery. He was of course given no treatment or medicine and after several weeks of suffering, he died on May 23. Fr. Emil Kapaun is buried in a mass grave near the camp along with many of his beloved soldiers. He was awarded the Distinguished Service Cross posthumously. In the year 2000, Representative Todd Tiahrt of Kansas began a campaign to award the Congressional Medal of Honor to Fr. Kapaun.

The diocese of Wichita has begun canonization procedures on behalf of Fr. Kapaun. Several miracles attributed to him are currently under investigation, and in 1993, Fr. Kapaun was officially declared a Servant of God. A very real possibility exists that Fr. Kapaun may be awarded both the highest military award of the United States and the greatest dignity possible in the Catholic Church.