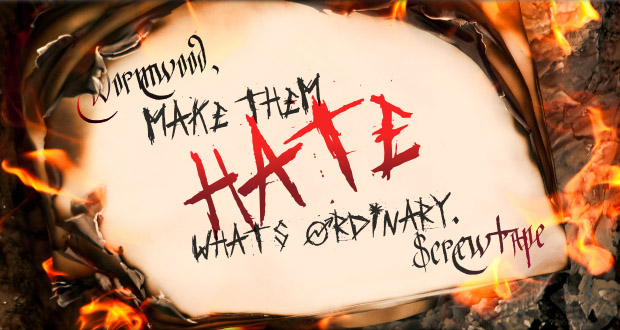 Screwtape and the ‘Horror of the Same Old Thing’

In C. S. Lewis’s The Screwtape Letters, Uncle Screwtape, the master devil, counsels his junior apprentice, Wormwood, to use tried and true techniques to seduce souls into sin. One tactic he highly recommends is the strategy that perverts man’s natural love of change: “The horror of the Same Old Thing is one of the most valuable passions we have produced in the human heart—an endless source of heresies in religion, folly in counsel, infidelity in marriage, and inconstancy in friendship.”

Screwtape urges devils to cultivate in persons a passion for novelty, change for the sake of change—arbitrary, erratic, irrational changes in the name of escape from the boredom and monotony of repetition. Screwtape explains to Wormwood that man already possesses an inherent enjoyment of change that is balanced with man’s innate love of permanence.

According to Screwtape, the “Enemy” (God) has created in man a natural rhythm that alternates between the need for stability and the need for variability—a delight in variety similar to man’s pleasure in eating: “he has contrived to gratify both tastes together in the very world He has made, by that union of change and permanence which are called Rhythm.”

The ‘Horror of the Same Old Thing’

On the other hand, the artfulness of the devil instigates radical, revolutionary changes as a substitute for the natural, organic developments that occur in the law of rhythm, whether it is day or night, summer or winter, or youth and age. What Screwtape calls the Horror of the Same Old Thing the Church recognizes as ordinary life. What Screwtape calls “a demand for absolute novelty” does not correspond to the simple pleasure of contrast or the natural enjoyment of effortless variety that children welcome with each of the four seasons.

In Robert Louis Stevenson’s famous lines from A Child’s Garden of Verses, “Sing a song of seasons! / Something Bright in All! / Flowers in the summer, / Fires in the fall.” The children in these poems always welcome the natural changes of weather as their play changes from the swing and hayloft on the farm in the summer to the “Happy chimney corner days” of winter “Sitting safe in nursery nooks/ Reading picture story books.”

On the contrary, the type of change the devils encourage is a disordered restlessness that culminates in “the demand for infinite, or unrhythmical, change kept up.”

The Grimm folktales, known as Household Stories, depict the familiar experience of homemaking, caring for children, going to market, and tending animals as full of surprising turns, strokes of good luck, and dreams come true. For all its ordinariness daily life is not the Same Old Thing. Wonderful things happen to ordinary people performing the humble work of the day as the story of Cinderella (Aschenputtel) calls to mind: “And when she stood up, and the prince looked on her face, he knew again the beautiful maiden that had danced with him, and he cried, ‘This is the right bride’.”

In “The Frog Prince” a royal princess who keeps her promise to a lowly frog for fetching a ball from the well marvels to see the frog transformed into a prince, her bridegroom to be. Although the princess loathed the thought of welcoming the frog to her home and regretted her promise of agreeing to let the frog eat with her, play with her, and be her companion, she kept her word because her father insisted on truthfulness: “That which thou hast promised must thou perform.” These are the natural changes and normal surprises of daily life that make it as unpredictable as it is ordinary—not the Same Old Thing.

The Law of “Undulation”

Screwtape’s strategy, then, intends to frustrate these rhythmical changes that naturally occur in the course of things and seeks to exploit the weakness of human beings when they find themselves at the troughs rather than the peaks that govern the law of “undulation.” He informs Wormwood of the human vulnerability during these fluctuations between the ups and downs of man’s emotions: “As long as he lives on earth, periods of emotional and bodily richness and liveliness will alternate with periods of numbness and poverty.”

The devils must exploit the state of dryness that accompanies the trough and use the state of “anti-climax” to incite the love of absolute novelty and endless change as the magical cure to boredom. In other words, dramatic, spectacular changes in the name of newness will eliminate the virtues of patience, hope, trust, and perseverance that acknowledge that sameness is not monotony but an aspect of natural order and eternal law like the high tide and low tide that govern the sea.

This madness for change naturally leads man to govern his life, Screwtape explains, by trendy ideas that are a la mode: “Finally, the desire for novelty is indispensable if we are to produce Fashions or Vogues.” From the natural love of change to an obsessive love of novelty to a disenchantment with the ordinary to the worship of current fashions in thought and morals, the devils’ artfulness tempts man with subversive ideas that undermine the meaning of normal, natural, human, and moral. As folktales about the household illustrate, reality is not flat and boring but wild and adventurous.

As the Grimm tale about the Gallant Little Tailor (who killed “seven with one blow”) shows, the story of the weak overcoming the powerful always amazes. As Stevenson’s poems and folktales illustrate, the natural order is both permanent and variable, both familiar and mysterious, and both human and divine. As the child in Happy Thought observes, “The world is so filled with a number of things/ We should all be as happy as kings.”

The endless variety of play the child sees in the four seasons, the joy of playing both outdoors and indoors, with friends or with one’s own imagination, in the daylight with “The Summer Sun” and at night in the “Land of Nod” all refute Screwtape’s subtle lie about the Same Old Thing.

The Same Old Thing that never changes is a misnomer for the Lovable Familiar Thing that will always surprise.