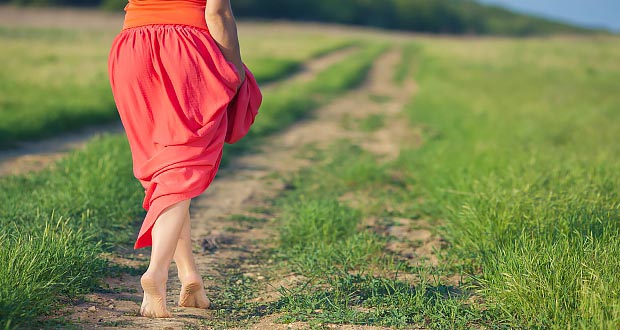 Shaking Off the Dust: Dealing with Opposition, Welcoming the Good News

So often in human life a person exerts supreme effort that accomplishes nothing and goes unacknowledged and unappreciated. So often a person performs charitable works that are rejected or misconstrued. A person gives good advice that no one wants, or he speaks the truth that no one wishes to hear only to be called intolerant, judgmental, or bigoted.

How does one deal with acts of kindness and generosity and words of truth and wisdom that are refused or belittled?

What Would Jesus Do?

Christ’s advice to his disciples, “And if any one will not receive you or listen to your words, shake off the dust from your feet as you leave that house or town” (Matthew 10:14), answers this question.

Shaking off the dust from a house or town means that a person continues his efforts in loving the truth and seeking the good in another house or a new town. A person does not stop following moral ideals because enemies insult him or because he loses popularity or favor. Not everyone will be insensitive to goodness or unreceptive to the truth. In a large world with many houses and towns, the disciples were never discouraged as they spread the Gospel to other places that were more docile and open to God’s word.

The art of living is not to be discouraged by hostile opposition or cold reception. The most dedicated and wisest of teachers often confronts apathy and sloth when he offers students the riches of his knowledge. Not every man who proposes marriage to a woman he woos receives a glad acceptance. Often the most dedicated and conscientious of workers loses employment for no justifiable reason.

The best of political candidates always encounters opposition who criticize his ideas and policies. St. Paul and the apostles were condemned, stoned, imprisoned, and martyred, and of course Christ said that no prophet is welcomed in his home town.

Disappointment, rejection, and defeat, however, do not mean incompetence, weakness, or failure. When a person shakes off the dust, he leaves because of the stiff-necked and hardhearted unwillingness of the many that lack docility and openness to the truth the messenger brings.

To shake off the dust is to know that life goes on no matter how indifferent, hostile, or unwelcoming others respond to a person’s good intentions, honest efforts, or wise counsel.

Life’s injustices afflict everyone, and many good deeds go unrewarded for a period of time in this life but not forever. Shaking off the dust means that other places and persons will welcome the good news because the world is a large universe where quality, merit, and intelligence soon leave their mark upon those who recognize excellence.

St. Paul was constantly shaking off the dust in his travels. When the Greek philosophers in Athens mocked the idea of the resurrection of the dead as “nonsense,” he did not stop bringing the Good News to other Greek cities. When the Jews found Christ’s kingship a “stumbling block” to their conception of the messiah as a worldly ruler, St. Paul did not compromise or readjust the truth to accommodate the wishes of his listeners.

None of his many sufferings—shipwrecks, imprisonment, stoning, scourging—deterred him from his work as the apostle to the Gentiles or limited his many travels throughout the classical world. As St. Paul famously said, The Gospel must be preached “in season and out of season” no matter how unpopular or unfashionable.

Where there is Life, there is Hope

The meaning of the proverb cited by Don Quixote, “Where there is life, there is hope,” communicates the same idea.

The famous Man from La Mancha, who aspired to restore the Golden Age and pursued the adventures of a knight-errant to recover lost chivalric ideals, never wavered in following the moral code of honor, service, courtesy, and justice.

Though ridiculed at the inn as a “madman” for announcing himself as a knight,” mocked by the galley slaves as a laughing stock when he commands them to pay honor to his Lady Dulcinea, and considered out of his mind for fasting and doing penance in the Sierra Morena Mountains, Quixote never lets defeat or mockery rob him of his vision of the true, the good, and the beautiful that he strives to revive in an Iron Age that no longer prizes innocence, modesty, hospitality, and liberality. Life is large, full of possibilities, surprises, and inexhaustible variety—a place of hope.

When Blessed Cardinal John Henry Newman encountered resistance and criticism from the Anglican establishment at Oxford for professing that the Anglican Church was not one of three branches (Catholic, Orthodox, and Anglican) of the Catholic faith, he did not let the charge of “traitor” to England or the loss of prestige intimidate him on his road to Rome.

As he writes in his novel, Loss and Gain, “One cannot stop the growth of the mind.” He shook off the dust, sacrificed an illustrious career at Oxford, exposed himself to libels and preposterous fabrications, and continued to seek the truth, love the truth, defend the truth, and suffer for the truth that led to many conversions during the Oxford Movement like Gerard Manley Hopkins’ embrace of the Catholic Church.

To shake off the dust means that the potent, fruitful seed of truth is fecund and simply needs to find a good soil and the right culture for its abundant fruit to flourish.