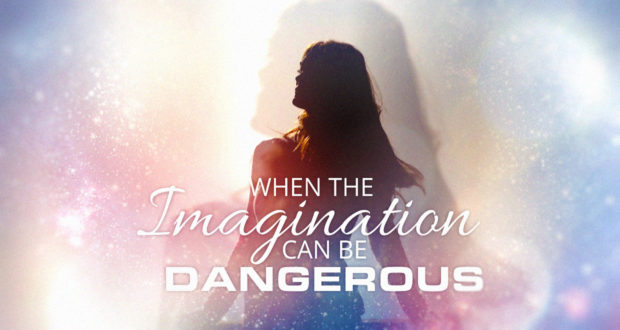 When the Imagination Can Be Dangerous

Generally speaking, the imagination means the ability to be inventive, creative, and resourceful. Children who devise their own games or who build towers or trains with old boxes or who make snow forts receive praise for their imaginative powers—the ability to combine or use ordinary or old things to make surprising new creations.

However, the imagination can also mean daydreaming, fantasizing, and escaping from reality.

The two greatest dangers of the imagination, according to Dr. Johnson in Rasselas, consist of flights of fancy that ignore the dictates of reason and “airy notions” that lead man’s mind “to hope or fear beyond the sober limits of probability.”

In the story, those whose imagination poses dangers occupy some high, lofty, or secluded position that divorces them from reality and isolates them from the mainstream of life. An inventor known as “the flying scientist” imagines that man can fly as easily as he can swim. He simply needs to acquire the skill. The inventor speculates that well designed wings will allow man to float and glide like a bird.

Lost in abstract theory and out of touch with nature’s law of gravity, the scientist jumps from a hill, utilizes wings he has constructed, and expects to enjoy his first flight when he “in an instant dropped into the lake.” His high hopes exceeded all probability of success because he separated theory from practice, never relating his idea of flying to the common sense of living.

Daydreaming of the ease of flying, he oversimplified the effortlessness of the art. He hoped beyond probability.

An astronomer suffers the same problem. Isolated in the private world of an observatory, he too dwells in the airy regions where he constantly studies the movements of the sun and the changes in the positions of the constellations.

Lacking human contact and interaction, the astronomer preoccupies himself with the study of the stars and heavens to such a degree that he soon imagines himself in control of the sun and the rain: “I have possessed for five years the regulation of the weather and the distribution of the seasons.”

Alarmed at the prospect of his inevitable death, he fears that without a successor to govern the weather of the universe, natural disasters will produce chaos and suffering. The astronomer fantasizes that he is indispensable and imagines that life cannot go on without his invaluable knowledge. The astronomer fears beyond probability.

Rasselas, a young, inexperienced prince who has been confined to the enclosed world of Happy Valley surrounded by mountains that allow no escape, daydreams about the life beyond the mountains as an exciting adventure.

Fantasizing, he pictures himself someday leaving the Happy Valley and going abroad into the wide world and earning fame and glory. He expects that he will be a great hero and benefactor whose exploits “always terminated his projects in the relief of distress, the detection of fraud, the defeat of oppression, and diffusion of happiness.”

In his foolish idealism and daydreams of greatness, Rasselas exaggerates his importance in the world and oversimplifies the conquest of good over evil. He too hopes beyond probability.

When he finally finds a way to escape from Happy Valley, the wide world he anticipated as full of exciting adventures and thrilling victories proves to be illusory. Instead he discovers that wherever he travels and whatever profession he investigates, one universal truth prevails: “Human life is everywhere a state in which much is to be endured, and little to be enjoyed.”

The imagination especially poses dangers when it projects utopian schemes about human happiness, inventing ideas of about the bliss of the pastoral life of shepherds, the peaceful existence of shepherds who live close to nature, the luxurious pleasures of the wealthy, or the Epicurean life of eat, drink, and be merry.

When Rasselas investigates these famous theories about human happiness and talks to the persons engaged in these pursuits, he learns that no one is perfect, everyone is restless and dissatisfied to some degree, and that even the wealthiest and most powerful pharaohs of ancient Egypt suffered the same problem that afflicts the whole human race—the insufficiency of all the world’s pleasures to gratify man’s deepest desires of happiness: “Those that already have all that they can enjoy, must enlarge their desires. He that has built for use, till use is supplied, must begin to build for vanity . . . .”

Visionary utopias are as fantastical as man’s control of the weather—unrealistic pictures of the future beyond human possibility.

The dangers of the imagination, then, prevail when man ignores the accumulated experience of the world as the flying scientist does, when man ascribes to himself greater importance, knowledge, or power than he actually possesses as the astronomer does, when man is deluded into thinking that heavenly happiness is possible in a fallen world as Rasselas does, when man loses contact with reality and dwells in the mental universe of ideas, abstractions, and theories by inhabiting ivory towers, living solitary lives, and inventing false views of the future that have no correspondence to the wisdom of the past.

In the modern world, the dangers of the imagination produce chimaeras like cohabitation as if it were the same as married love, like same-sex unions as if they were the equivalent of traditional marriage, like a Catholic life of dissent and disobedience to the Magisterium as if it were no different from honoring the authority of God’s universal Church, like a university education dictated by relativism, ideology and propaganda that poses as universal knowledge and human wisdom, like arbitrary Supreme Court decisions that no longer distinguish between bad laws and just laws but call everything “unconstitutional” that conforms to natural law and divine law.

The dangerous imagination ignores the structure of reality and the nature of things. Instead of recognizing that man must conform to reality, it assumes that reality adjusts to man’s wishes. Instead of respecting the fixed, unchanging facts about human nature, the human condition, the moral law, and truth itself, it speculates in far-fetched theories, experiments in useless projects, and invents impractical and unrealistic political systems and theories of morality.

As Rasselas learns of the many dangers of the imagination, he is sobered by a hard truth: “how often the mind, hurried by her own ardour to distant views, neglects the truths that lie open before her”—truths that lie open to common sense, right reason, the wisdom of the ages, and the teachings of the Church.