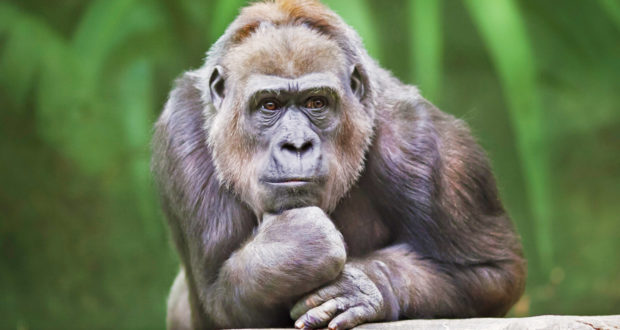 Will Science ‘Save’ Us?

In some health professions doctors and nurses often say that “the perfect is the enemy of the good” as many medical procedures and surgeries striving for some ideal of perfection complicate and compromise the good that already exists.

Many conditions of mind and body are best left alone rather than interfered with by drugs, treatments, and drastic cures that do more harm than good. Human beings can live with many ailments and endure the difficulties of coping or aging rather than subject themselves to new techniques or medications that bring with them new or worse problems through side effects.

The ‘Art’ of Perfection?

Hawthorne’ short story “The Birthmark” illuminates this modern trend that imagines science as the art of perfection that promises the ideal solution to man’s imperfect nature.

Dr. Aylmer, “a man of science, an eminent proficient in every branch of natural philosophy,” tends to view man’s knowledge as a power superior to Mother Nature’s art or wisdom. Recently married to his beautiful wife Georgianna, Aylmer decides to play the role of doctor rather than husband as he critically examines his bride’s facial features “with a trouble in his countenance that grew stronger until he spoke.”

Finally he asks, “. . . has it ever occurred to you that the mark upon your cheek might be removed?” The flaw on her countenance that disturbs him as a mark of imperfection, a crimson birthmark that resembles a tiny hand, Dr. Aylmer views as a defect needing medical attention—as “the visible mark of earthly imperfection.”

Thus far in her life Georgianna never regarded the birthmark as a blemish. Her admirers always playfully referred to it as the touch of a fairy favor leaving a trace of a finger as a magical charm. Depending on Georgianna’s state of emotion and its effect on her complexion, the lineaments of the tiny finger are occasionally more visible than at other times.

From a mark left by a fairy to a charm on the cheek, the rosy hand assumes the nature of a defect and then becomes “a frightful object” and “odious hand” in the eyes of the physician who gazes on it with a fixation that regards it as the symbol of ugliness defacing his wife’s beauty and preventing his admiration of Georgiana’s features.

Noticing always her husband staring at the cheek, she consents to have the blemish removed by drinking a potion because her husband’s obsession with this crimson spot is affecting their entire marital relationship.

Exasperated, Georgianna consents to the removal of the birthmark to restore harmony to her marriage. At her wit’s end she resigns herself to the medication her husband has concocted that she compares to the drinking of a poison: “Either remove this dreadful hand, or take my wretched life!”

She submits “for the sake of your own peace, and to save your poor wife from madness.” Imagining that his knowledge of science makes him master of nature and reassuring his wife that “The draught cannot fail,” Aylmer first experiments with the liquid he pours on a geranium with yellow blotches that change into a pure color, and then he administers the drink to his wife.

As the birthmark disappears, Georgianna grows paler and finally admits she is suffering. Thrilled at the success of his experiment, the physician exclaims, “My peerless bride, it is successful! You are perfect!” Yet the price demanded for this perfection is no less than the death of his wife as Georgianna utters her final words: “Aylmer, dearest Aylmer, I am dying!”

A bridegroom required spotless beauty in his bride. A physician felt compelled to use chemistry to improve upon Mother Nature. A man of knowledge in the name science experimented upon a human being.

Man’s quest for truth led the mind to the vice of curiosity, the uncontrollable pursuit of knowledge that St. Thomas regarded as a violation of the temperance. The birthmark did not endanger the health or threaten the life of Georgianna. It was the smallest of flaws that no one ever considered a blight upon her beauty or an impairment requiring correction.

As Hawthorne shows, science without wisdom loses sight of the difference between ends and means. Instead of pondering should we do this, Aylmer’s science only asks can we do this. If knowledge is power over nature or man, then science can justify its experiments in the name of progress, improvement, and perfection without consideration of the morality of the action or the hidden dangers.

The unrestrained itch for knowledge that knows no bounds or rules fails to distinguish between the virtue of studiousness and the vice of curiosity—the difference between the essential and the trivial.

All knowledge is intended to serve some essential human need and benefit mankind. “All knowledge ought to be exerted for universal good,” the prince remarks in Dr. Johnson’s Rasselas.

Science separated from God and the common good and removed from morality and wisdom presumes to be an end in itself rather than a means to an end. It claims final authority in matters that exceed its competence. To excuse all its experiments, its disrespect for human life, and its insensitive treatment of persons, science appeals always to some abstract notion of perfection in the form of progress, improvement, or change that it imagines as the advancing of the human race.

The birthmark is not an imperfection that flaws absolute beauty but a trivial spot undeserving of scientific scrutiny or dangerous chemical experimentation upon human beings.

As Blessed Cardinal Newman explained in The Idea of a University, when a branch of knowledge like theology is removed from the curriculum or from important human choices, other bodies of knowledge seize the unoccupied area and fill the void with alien ideas that surpass its expertise:

“And if theology is not allowed to occupy its own territory, adjacent sciences, nay, sciences which are quite foreign to Theology, will take possession of it.”

In other words, science will act as if it is theology and as if man is God. While science without religion has no qualms about experimenting on human beings or seeking perfection through invasive medical procedures or dangerous drugs, theology always maintains the distinction between the good of the person and the world’s idea of progress and always teaches the difference between human wisdom and forbidden knowledge.