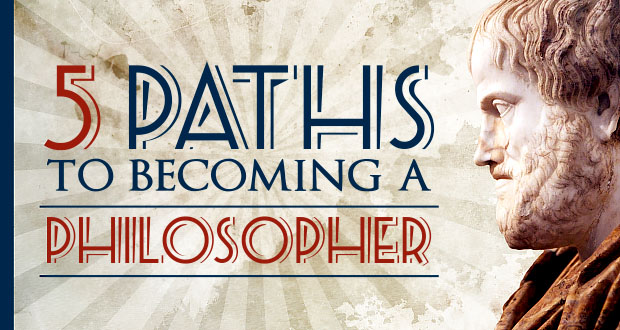 5 Paths to Becoming a Philosopher

Inspired by C.S.Lewis, John Clark explores 5 options to help your homeschooler become a home-grown philosopher – because the world needs it.

But, as it is, a cultural life will exist outside the Church whether it exists inside or not.

“To be ignorant and simple now—not to be able to meet the enemies on their own ground—would be to throw down our weapons, and to betray our uneducated brethren who have, under God, no defense but us against the intellectual attacks of the heathen.

“Good philosophy must exist, if for no other reason, because bad philosophy needs to be answered.”  C.S. Lewis

In about a hundred words, C.S. Lewis penned one of the greatest apologetics for homeschooling you are likely to see.

Bad philosophy must be answered, and in a wide sense, that is what homeschooling parents do every day: prepare our children for a world of bad philosophy.

But since most of what we teach our children does not specifically fall into the category of philosophy, I thought it might be helpful to consider five ways to introduce good philosophy, properly speaking, to your children.

As far as the “Catholic” part of philosophy departments are concerned, the program at Christendom College is world-class.

Take a look at the Christendom website and see what the teachers are assigning to the students for reading. Christendom also has many lectures on its Itunes site.

It might be fun to listen to them together with your children.

As far as explaining difficult subjects in easy terms, Adler (who converted to the Catholic Faith in his late nineties) is about as good as it gets. I still read him for refreshing my memory about certain topics and I plan on reading much more of his writings. Ten Philosophical Mistakes and How to Think About God are good places to start.

I’m not going to lie to you: some philosophers are difficult to understand. Ten minutes reading Immanuel Kant will have you frantically searching for aspirin.

But I suspect that many people never read Aristotle because they consider him to be a difficult writer, too. That’s a shame, because in reality, Aristotle is fairly easy to read, and for that matter, very enjoyable.

My son, Athanasius, used to read Aristotle’s writings for pleasure reading as a young teenager.

In fact, we’d be having casual conversations together, and he would quote Aristotle on a particular subject.

To me, that’s pretty impressive from a fifteen-year-old. But it’s certainly possible for a fifteen-year-old to read these writings. Moreover, a Catholic could rightly consider Aristotle as the greatest non-Catholic philosopher of all time.

Remember what I just said about why people don’t read Aristotle? Ditto for St. Thomas. I’ll grant you that you don’t see many people reading St. Thomas Aquinas on the subway. That’s a shame.

Once you understand how to read St. Thomas’ structure, you may find that he is one of the clearest writers you’ve ever read, philosophical or otherwise.

The Summa Theologica is considered to be his greatest work, and you’ll get smarter by reading it. You start reading St. Thomas—you start winning arguments.

Copleston was a Jesuit priest who wrote a series of books detailing the history of philosophy. I put this one on the list more for parents than for students for a few reasons. First, this is the most difficult level on reading on this list.

Second, if your child likes philosophy and wants to read more, it will be helpful for you to know about the philosopher first. Copleston’s books will give you a good idea about whether they are worth reading—and some aren’t. (The name “Soren Kierkegaard” comes to mind.)

Third, if you’ve got a buddy at work who loves Friedrich Nietzsche (and who doesn’t?), it’s helpful to have a credible source you can turn to, so you can point out to your buddy that Nietzsche was stark-raving mad. But then again, I wonder if this is who C.S. Lewis was thinking about when he wrote that bad philosophy needed to be answered.