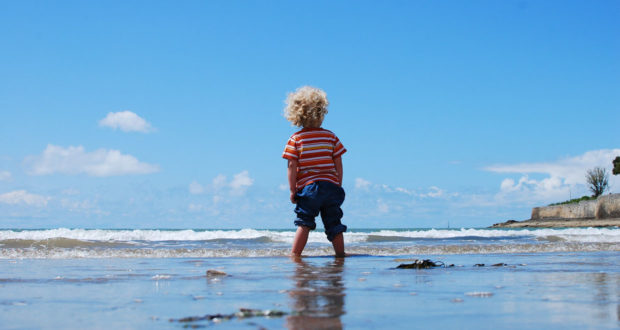 It’s been almost thirty years since I was homeschooled in sixth grade. Since that time, compared to most human endeavors, homeschooling has answered its critics so resoundingly that it has surprised even its ardent supporters.

When my mother was promoting homeschooling thirty years ago, she couldn’t have reasonably expected the level of success that homeschooling has achieved. It has gone from being a fringe activity to a mainstream one.

During this time, I don’t know if I’ve heard all the objections to homeschooling, but I’m confident I’ve heard most of them.

Among these objection questions:

“How will homeschooled children make friends?”

“How will homeschooled children get in sports programs?”

“How will homeschooled children get into college?”

Last but not least, my personal favorite: “How will homeschool children learn multiculturalism?” (I lie awake nights worrying about this one.)

During the past generation and a half, most objections to homeschooling have been asked and answered. One objection, however, has proven especially resilient, namely: “How can a parent teach a child a subject that he does not know himself?” I’ll call this the “Unknown Subjects Argument.”

When I first heard this argument as a teenager, it sounded like it made sense. It has a sort of metaphysical logic to it, i.e., “You can’t give what you don’t have.” I figured that some children need someone smarter than their moms or dads to teach them academic subjects. (Of course, I didn’t think this applied to me; I didn’t know any people smarter than my Mom or Dad. I still don’t.)

As the years have gone by, I have realized that the Unknown Subjects Argument doesn’t wash. The students do surpass the masters, and they do it regularly. Even my young children disprove the theory.

For instance, last November, I took my twelve-year- old son Demetrius to the National Aquarium in Baltimore and we toured the vast center, observing the fascinating sea life that God made on the Fifth Day. A few weeks ago, it dawned on me that Demetrius must have been more observant than I was.

One night, after Demetrius and I finished cleaning the dining room together, we scampered into the living room and turned on Jeopardy, just in time for the second round. I might have to confess the sin of pride for this, but I like to impress my children with how many questions I answer correctly.

However, that night, a funny thing happened. The category of “Sea Creatures” was highlighted, and I was stumped on every question. Demetrius wasn’t. In fact, he started running the category.

“What is a white shark?” he answered.

“What is a sea dragon?” he answered. The kid knows a lot about sea creatures.

This got us into a conversation about the mammals, fish, and marine biology. In fact, he informed me recently that he was thinking about being a marine biologist when he grows up.

If the Unknown Subject Argument were true, Demetrius’ knowledge of marine biology would have been obstructed by the glass ceiling of my parental knowledge, but he has obviously surpassed my limitations.

Because truth be told, the closest I’ve ever come to studying marine biology was a few Lents ago, when I ordered the #4 Fish and Chips combo meal at Long John Silver’s.

In reality, there is no glass ceiling that parents pass on to their children. Pope Pius XI recognized this fact, writing: “For the most wise God would have failed to make sufficient provision for children that had been born, and so for the whole human race, if He had not given to those to whom He had entrusted the power and right to beget them, the power also and the right to educate them.”

“The power to educate them.” Maybe we fathers ought to spend a little time contemplating this idea: that we have the power to educate our children. One of the things that the Unknown Subject Argument fails to take into account is that educational methods have increased exponentially in the past thirty years.

With modern technology, such as educational software, videotapes, CDs, DVDs, Internet sites, underwater web cams, online encyclopedias, videogames that teach children about sea life, not to mention books, magazines, and trips to aquariums, I have every reason to believe that Demetrius can use these tools to become a great marine biologist. He’s already been doing a lot of this research on his own.

Most importantly, he has a natural curiosity that drives his learning ability. The only glass ceiling in Demetrius’ future is one on an aquarium tank.

I know very little about Astronomy, Nuclear Physics, or Computer Engineering, but I believe that my children could learn any or all of these subjects at an “A” level. I have no reason to believe otherwise. Moreover, this isn’t just theoretical on my part.

The evidence illustrates that many homeschooled children have gone on to establish successful careers in fields that their parents knew very little about. The Unknown Subjects Argument survives in theory, but fails in practice.

Theoretically, it can’t happen, but in reality, it happens every day.