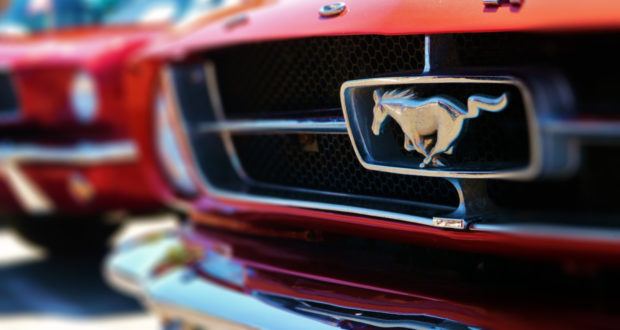 My car is passing on to the next life. It is going to car Heaven, otherwise known as “the junkyard.” My beloved 2002 Mustang convertible has gone its last mile. It had been showing signs of age for some time now; its occasional flashiness is but a reminder that it once held promise, but time, tide, and rust wait for no man. Lately, it had been making noises it’s not supposed to make; primping and polishing were no longer able to impress; and it had felt labored even going short distances.

In all these things, my car had been acting a lot like it’s owner.

My choice to buy this particular car, like so many other decisions in my life, was based on an incident in my childhood. I remember the first time I ever rode in a convertible—my grandmother’s 1959 Cadillac. At that time, I was about six years old; and until that glorious afternoon, riding around the streets of Cleveland Heights in style, I never knew that some cars could have their top come down. And even to this day, I remember wondering why anyone would ever buy a car with a hard top when you could buy one like my grandmother’s. Hence, a convertible.

When I bought it, friends would look at it and tell me that a sportscar was impractical. “How many children do you have?” they would facetiously ask, as though practicality were a priority in my life. (I guess they forgot that I also owned a Suburban.) And I would remind them that practicality has produced some pretty ugly cars, like the 1987 Yugo GV, the 1957 Rambler Cross Country Wagon, or just about anything ever made by AMC. I’ll grant that there is a place for practicality—just not in my driveway.

But what I lost in practicality, I made up for in enjoyment. Until now.

Maybe it’s not so much about the car as it’s about the memories.

As I look back on it, I think of all the times my car got me to Confession. All the times that it got Demetrius and Tarcisius to serve at Divine Liturgy. All the times that it was used to pick up lunches at Chick-Fil-A for my family. All the times I’ve put the top down at dusk, and listened to Basia or Sade and unwound as I drove across the Shenandoah Valley. All the homeschool (or car-school) “classes” that I conducted with the children as we rode along together.

I remember having my car blessed (as is standard procedure in the Eastern Catholic Church), and although I can’t remember all the words of the prayer, I remember that the prayer likens cars to “fiery chariots.” And by the grace of God, we did have a fiery chariot that took us to the places that we needed to go.

I know, I know. It’s still just a car. Maybe. But it’s funny how you can get attached to things in life. Heck, I think I’m still attached to my grandmother’s 1959 Cadillac; I know I’m attached to its owner. And I have a feeling that my grandmother and I will be taking another drive together one glorious afternoon, where the sky’s the limit.

But next time, I’m driving.