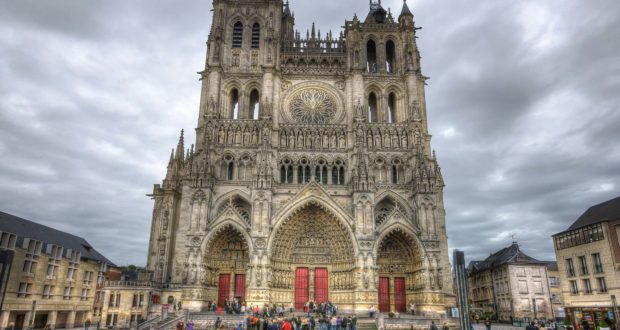 I recently spoke to a mom who lamented the fact that the modern culture is so bad that we really can’t expect as much from children and teenagers as we once did. After all, the logic went, the culture they are growing up in is much worse than it was when she was growing up. Modern culture has its problems, and its problems are many, but I wonder, is it really worse than in the past? I understand that we’re not living in a Catholic culture, but aside from a few select countries during the twelfth and thirteenth centuries, when was culture that good?

What about the culture during the time from the birth of Jesus until the fourth century, when Christianity was eventually declared the official religion of the Roman Empire? During that era, Christianity was officially illegal, and was persecuted and prosecuted. Christians were systematically robbed, beaten, and murdered. One of the popular sports was throwing Christians to the lions.

Sure, Rome had its problems, but what about other cultures around this same time? One of the most influential cultures in the history of the world was early Greek culture. It was anti-family in the extreme, insofar as six-year-old boys were taken away from their parents to train to kill the enemies of Sparta. And these children were the more lucky ones, since many infants who did not seem sturdy were abandoned in the wilderness to die. It was also a pornographic culture, as much of its artwork attests. That sounds like a tricky situation in which to raise children—and you often only had six years to do it.

The Mayan and Aztec cultures are currently viewed as crowning anthropological achievements. Does it strike anyone else as strange that the period that produced the Chartres cathedral, the writings of St. Thomas Aquinas, and the printing press is known as the “Dark Ages;” and meanwhile the Mayans, whose greatest contribution to the world was—apparently—a cereal bowl, are hailed as a people of titanic genius? (As a father of nine, I appreciate an unbroken cereal bowl more than most people, but let’s be serious.) In reality, the Aztec culture might have been the most violent culture in history, as the bloodthirsty false gods of paganism demanded more and more human sacrifice.

“But those are ancient times,” you say. However, even modern Catholic countries haven’t escaped cultural depravity. The culture in France leading up to the French Revolution was at least unchaste, if not pornographic; it was murderous, as abortion was coming to be a desired method of birth control; it was increasingly anti-clerical, as the coming years would illustrate. Catholic Spain during the early twentieth century was shamefully anti-clerical, as its communist revolutionaries tortured, maimed, and murdered priests by the thousands. To wear a Roman collar was often a death sentence.

I’m not defending modern culture. In some ways, it’s a moral sewer. True, parents must fight against the harmful parts of culture, but that has often been the case. We parents aren’t supposed to say things like: “Well, kids are just that way today.” What if you said that in 15th century Mexico? What if you said that in 1936 Spain? In truth, kids aren’t just “that way.” Children are intellectual beings who are given grace by God for the salvation of their souls—sufficient grace.

Cultures vary. Grace is a constant.

If your success as a parent depends on having a good culture to raise your children in, then you are in the weeds. You will be destined to wait for an environment that may never materialize; and your children don’t have time to wait. But in truth, it doesn’t take a village to raise a child; a village can’t raise a child. Even good cultures can’t raise children. But things are already better than you realize, because as so many popes have taught, the family is the perfect society. Give me the choice between a good Catholic father and a good Catholic society, and I’ll take the good Catholic father six times a week, and twice on Sunday. We Catholic fathers are the difference more than we often realize. And it starts with recognizing that kids aren’t “just that way,” but are destined for greatness—the greatness of union with God. The question is whether we will let things get in their way.

With a family of eleven, perhaps it is fitting that football analogies to life come to me these days. As I was growing up, one of my favorite running backs was named Kevin Mack. He was a fullback in its truest sense. I found it easy to admire a two-hundred-forty pound man of muscle with an iron determination to reach his destination, regardless of what stood in his way. While many running backs waited for a blocker before they ran up the field, Mack seemed to just run through defenders. Mack was once asked for his personal motto by an interviewer. His answer: “BYOB (Be Your Own Blocker).” Mack knew his destination. You know your destination. And even though others may act as though the destination isn’t even there, you know better.

It might be helpful to stop making melancholy comments like, “If only we had a Catholic society in which to raise our kids…” Those comments might be preventing us from dealing with reality. The question isn’t where the ball is on the field; the question is what you are going to do about it. Fathers, when harmful forces are in your way, forget about waiting for a “good culture” to come to your aid—be your own blocker. And set a path for your family.