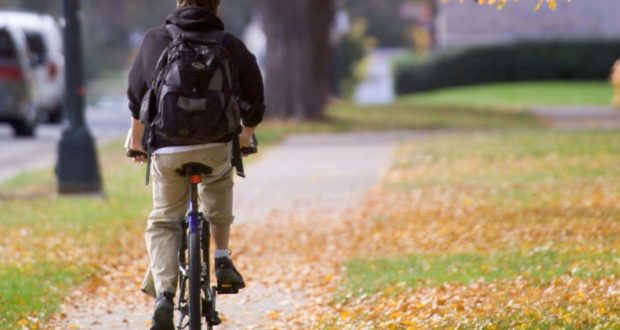 In the final days of August and the first days of September, thousands of parents proudly posted “First Day of School” pictures of their children on blogs and on their Facebook pages. These moms and dads were proud to show how their little ones were ready to begin academic life, with some of the girls clad in variants of multi-colored checkerboard dresses (which, for some reason, has never come to be known as “Catholic plaid”), and the boys in crisp white shirts and red ties (thereby making sartorial arguments for Catholic universality).

No doubt, these were cute pictures with the small kids wearing little backpacks and a grin, as if to say to the world: “I’m ready.” Maybe their smiles are a recognition of the promise that the long days with Mom and the brothers and sisters will now be filled instead with other children their own age, writing tablets, playgrounds, and erasers.

But, in a way, this seemed like yet another reminder of what homeschooling parents miss out on.

Sometimes as Catholic homeschooling parents, we feel left out of the fun that schooling parents seem to be having. After all, we’re human; we like to have fun, too. But we homeschooling parents don’t have school plays, bake sales, or even lunchboxes. We don’t have metal school desks or chalkboards. We don’t even have a bell to tell us it’s time for recess (even though most of us parents could really use some recess time). We don’t even have parent-teacher conferences. Well, I guess we could, but it might seem a bit redundant (in our house, a parent/teacher conference is Lisa’s subtle way of telling the kids—and her husband—that their father is taking her out to dinner that night). And these Facebook posts struck me as just one more thing that Lisa and I were missing out on all these years: first day of school photographs. So as I perused these pictures, I was tempted to post one of my own kid, only mine would have looked a little different than most. You see, my child’s first day of school came a little later.

I didn’t know if the picture would have carried the same meaning as those of the other kids. After all, my “little boy” is 6’ 1,” weighs 180 pounds, and has already been shaving for 5 years. Not only that, he didn’t wear the standard Catholic schoolboy garb which made the other pictures cute; instead, he wore Diesel jeans and a Dr. Seuss T-shirt, thus making a sartorial argument of his own.

Of course, this Facebook idea was academic anyway—like many schoolboys, Athan didn’t want me to take his photo. But picture aside, as I dropped Athan off at his first day of classes at an actual school (a community college), I probably ran the same gamut of emotions, and had the same questions that most parents do. Will my son make friends with the other kids at school? Did he remember his milk money? Will he get picked last for teams? Will he fall asleep in class? Will he miss his mom?

The “make friends” part was particularly worrisome, as non-homeschooling parents have assured me over the years that it’s difficult to make friends outside of school. Of course, most of my friends who tell me this are not people that I met in school, but that’s another matter. The weird thing is, it’s funny how my kids seem pretty popular WBOS (Without Benefit Of School). I must simply be reading things wrong.

Picked last? I felt pretty good about this one, since Athan is being recruited for college baseball. But ad- mittedly, kickball requires a certain type of specialized athleticism, so you never know.

Fall asleep in class? Well, he fell asleep in most of the classes that I ever taught him. Why should this be any different?

Fears somewhat allayed, I finally got a taste of what it’s like for most parents. That’s a pretty involved left-side-brain thing—dropping kids off at school. Hats off to other parents who go through that process every day, especially when their kids are closer to 18 months than 18 years old.

There are moments in your life as a homeschooling father when you’re glad you made the decision to keep your children at home. The first day in an actual school for my son was one glad moment for me, because whether or not you homeschool, your children will face arguments to the things that you have taught them: faith, politics, economics…everything. And when that day comes, they will either be ready, or not. Moreover, this readiness isn’t just academic—it’s spiritual, it’s emotional, and it is psychological.

Having children is a gamble (sadly, it’s a gamble that fewer and fewer people want to make). Raising and educating children is a gamble, too; there’s no way around that fact. But before I make a large wager, I make sure that I’ve got a pretty strong hand. And when I saw Athan get out of the car and make his way to class, I was ready to go all-in. The ten thousand hours of homeschooling from his mom and dad that led up to this point gave me the confidence to know that our risks had paid off. Even if I didn’t get a picture.