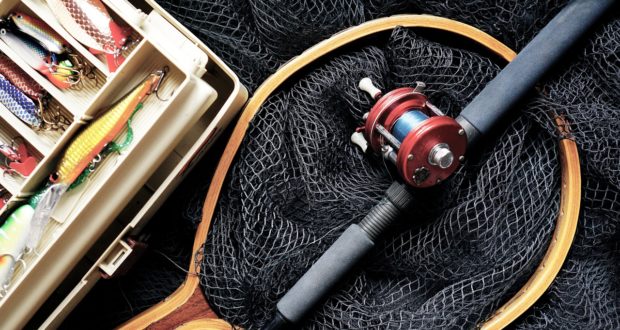 When I Went Fishing With My Son, and Was Sea Sick. At the Same Time.

Every two years, on those rare afternoons when we don’t have any ballet, baseball, basketball, violin, or swimming scheduled, I say to my kids: “Why don’t we go bowling? Bowling is fun.”

Two hours later, after breathing in a lung full of secondhand smoke, with my ears ringing from acid rock music-induced tinnitus, and wondering what sadistic mind it took to invent bowling shoes, I remember why it has been two years since we went bowling.

(Note to bowling shoe makers: I would expect shoes to look and feel like that in a communist country, but certainly not here in America. Every time I put on bowling shoes, I feel like I am being transported back to the town of Zagreb in the year 1956.)

Bowling isn’t fun, but it takes approximately 24 months to forget that bowling isn’t fun. (Right now, I’m on schedule to bowl again in November of 2011.)

On the drive back from a recent fishing expedition on Lake Erie, it struck me that fishing is like bowling. Mentally armed with the vague yet persistent notion that fishing is fun, I have promised my children that one day, I would take them fishing.

So when my dad called me last month, and asked if Athanasius and I would like to go fishing, I jumped at the chance. Athan deliberated as to whether he should go, but I assured him: “Fishing is fun.”

I have determined that fishing is attractive to many men because there is something in the human male which likes to “rough it,” meaning that we seek opportunities to do things the hard way.

Four weeks after my conversation with Athan, as we arrived at our destination and walked to the front door of our cabin, we were greeted by seven thousand ill-tempered mosquitoes, many of which were nice enough to follow us into the cabin. I swatted a few but quickly realized that the deck was stacked against me. They would come for me during the night. When you have to use bug repellent before you get into bed, you begin to question some decisions you’ve made in your life.

The next morning, as we departed at 5:20AM and boarded the boat, I thought how fortunate I was that I was finally getting a chance to take my son fishing, and to relive some memories from my childhood with my dad.

All my thoughts were positive: it looked like a perfect day for fishing. But this is where the rubber meets the road, or in this case, where the fiberglass meets the water. I had spent a lot of time on boats growing up, but I had never been sea-sick.

The term “sea-sick” is a gentle euphemism which fails adequately to capture the essence of the illness. Motion sickness is the grand-slam of nausea. I could not remember feeling so nauseous in my life. I tried a couple of strategies to try to feel better.

I tried to stare at the horizon instead of the four-foot waves that rocked the boat. No luck. I tried to close my eyes and think happy thoughts about solid ground. No luck. As I sat in the boat on Lake Erie, or as I now refer to that body of water, “the River Styx,” my thoughts turned to my wife.

In her pregnancies, she has often been afflicted with morning sickness, which is very similar to motion sickness. Perhaps for the first time, I realized how much suffering she had endured in those times. I was impressed.

Still wanting to do something productive, I became the official person in charge of the net. Every so often, I would stand up and hand the net to the captain of the boat who would capture the fish in his net.

Here’s a quick tip about nausea, and I consider this advice invaluable, so you might want to highlight this next sentence. When you are nauseous, it doesn’t make you feel better to stand up and step into a box of rainwater and worms. I tell you this from experience.

I hadn’t packed an additional pair of shoes, so later that day, I went to a local sporting goods store in hopes of finding a new pair. As I swung open the door, I noticed a sign which read: “No shirt, no shoes, no service.” The managers may have regretted that policy the moment I walked in the door with my shoes emitting a foul odor and leaving a trail of dirty water and crushed worms in my wake.

To add to my nausea, I caught no fish that day. I still don’t understand how you can be bad at fishing. You put the worm on the hook, drop the line in the water, and wait.

There doesn’t seem to be much room for variance, yet ever since I was 8 years old, my dad has caught exponentially more fish than I have caught.

As a father, you can’t always filter out the bad experiences from the good. And I’m not sure we’d want to even if we could. It’s both sets of experiences that give us character and make us who we are.

As I get older I’ve begun to realize that what we do is less important than with whom we do it. And, illness aside, there are worse ways to spend a day than with your dad and your son on the water.