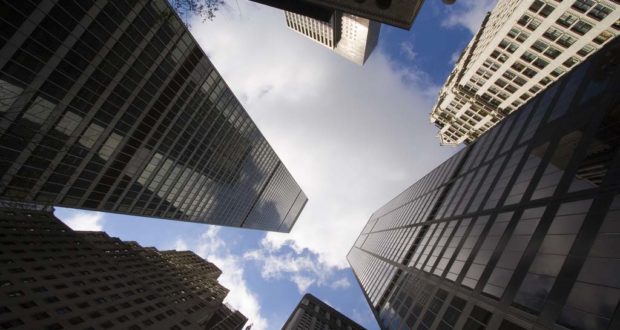 Most of us probably don’t think about it much, but a father’s work can have a big impact on the lives of his children. I hadn’t thought about this much until last year; up until then, I had been a financial consultant for many years. I never fully realized how much that shaped me in the eyes of my children, but after a recent career change, it is finally dawning on me.

About fifteen years ago, I had a friend who used to comment that he didn’t know what he was supposed to do in life. Until these conversations with him, I never realized how big a cross that a lack of direction can be for a man to carry. Personally, I never had that problem—the first time I saw a copy of The Wall Street Journal, I knew what I wanted to do: I wanted to be a stockbroker. I discounted the stress that others warned me about; I had visions of Italian suits, trading floors, and green and brass bankers lamps dancing through my head. That was the life I wanted.

Being from a family that holds intelligence in high regard, it also struck me that stockbrokers seemed really smart. Someone once said: “Nothing makes a person sound smarter than talking about currency markets.” It’s true. The next time you want to impress someone, just start talking about the New Zealand Dollar, the Australian Dollar, and the Swiss Franc, and make sure that you know the nicknames for the currencies. When you’re at a party, and the conversation inevitably turns toward finance, just say something like: “You guys should seriously consider shorting the Swissie against the Kiwi, and go long the Aussie.” Trust me, they’ll be impressed. They won’t know what the heck you’re talking about (and neither will you), but they will be sure of one thing: you are one smart cookie.

I don’t know if my kids thought much about the “smart” thing. In fact, I don’t know if they really understood what I did at work. Try as they might, my younger children never seemed to understand the world in which I worked. Years ago, when my son Demetrius was about 10 years old, I took him with me to work. He sat on the couch in my office for most of the day doing his homework, with a curious corner of his eye and mind on me, as I spent almost the entire day sitting at my desk and speaking with clients on the phone. At about 5:00, I started to shut down my computer, and announced to Demetrius that I was done with my work, and that it was time to go home. He looked up from his science book with a quizzical look, and said: “What do you mean, you’re done? The only thing you’ve done all day is talk on the phone!”

They also didn’t understand why I would voluntarily watch boring shows. With the constant teletype running across the bottom of the screen, I tried to convince Lisa over the years that watching CNBC was a great way for the children to learn their letters. Growing up, some of our children were probably more familiar with Maria Bartiromo than with Dora the Explorer.

When they asked me what I did at work, I don’t know if I ever gave them an answer that they understood. What the children did seem to understand was that, first, there was some correlation between Daddy’s work and the fact that our family was able to buy things, and second, Daddy’s work made him tired.

It’s strange how much the global financial world itself resembles the geographical center in which it resides: New York City. As the song says: “I want to wake up in a city that never sleeps.” As I discovered, with the stark reality of international time-zones and foreign markets, the financial world never sleeps either, and that meant, by extension, that I rarely slept either. Particularly in the last few years of my career in finance, I would keep my laptop computer by my bed, in case I missed an all-important pronouncement by the Secretary of Finance of Finland or Greece. Somewhere along the line, I realized that my body may have been home, but my mind was somewhere else—and that wasn’t good enough. It wasn’t good enough for my wife, or for my children.

When we get job offers and opportunities, we men tend to ask lots of questions about the details, like: “Will I get a corner office?” or “Will I get to travel much?” Maybe it’s time we analyzed our work with a question that I never really thought to ask myself until last year, namely: “Will this job make me a better father?” With some pretty wise advice from some pretty smart people, I finally asked myself that question, and with the help of St. Joseph and St. Anthony, I found one as a real estate salesperson. When my children ask me what I do now, I can tell them: “I help people come home.”

Whether it’s a plumber, a waiter, a construction worker, or an attorney, I don’t think it matters too much what a father actually does; as Pope John Paul II recently taught, all work has dignity. What matters is whether a father is able to mentally come home to be with his children. Or, if you’re really lucky, you do bring your work home, but only the part of the work that gives you a feeling of fulfillment. Either way, your heart, soul, and mind are where they belong.