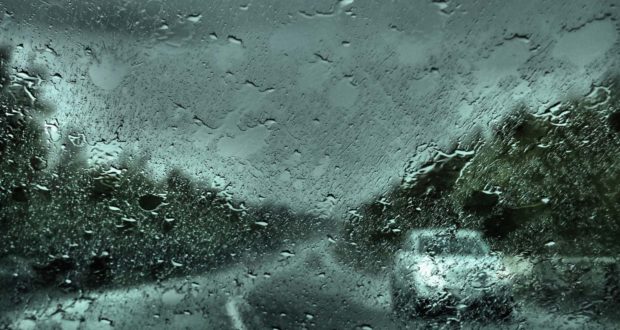 One recent morning, after working out in my local gym (I know what you’re thinking…this story already sounds fictional), I walked outside to my car and noticed that one of the tires on my Mustang had gone flat. “No problem,” I thought, “I’ve got a spare tire and jack in my trunk.”

However, this idea proved difficult in action, as the trunk in my Mustang has, over the years, become the penultimate resting place for such things as weathered English 9 Lesson Plans, batting helmets, and empty Snapple bottles. I couldn’t easily get at the spare tire without taking everything out of my trunk and putting it on the parking lot (in the rain).

So instead of “airing my dirty laundry in public,” I opted for Plan B: I walked over to a nearby store and bought a pump, and put air in the tire. However, it was obvious that this tire had a bad leak, as I could actually hear it losing air as I filled it. While I knelt in the rain, putting air in my tire, a gentleman walked over to me and asked for directions to a nearby highway.

Being a man, I proceeded to give him the most confusing directions possible (“Well, you could go in one of two ways…” and “If you start driving down the windy road, and make the right turn, you’ll probably see signs for it…”), peppered with irrelevant details (“You’ll pass a Wendy’s on your left.”).

After I finished my exposition on the boulevards of my town, the man slowly walked back to his truck, with the look of someone who had just bumped his head and was still feeling dazed. I guess he tried to make sense of what I had explained to him for about sixty seconds, and then got back out of his truck, walked over to me again, and asked once more to clarify my instructions.

So I said, “Tell you what. I’m going that way anyway. Follow me.”

So I hopped in my car and led him along. As I drove, I kept thinking about how amusing this situation was—my own car has problems. It’s not perfect. It might break down at any time. But I was also thinking that as long as I’ve got air in the tires, I’ll help him. And when the air runs out, I’ll put air back in the tire and lead him again.

As I drove, I carefully led him down the twists and turns of the roads, looking in my rearview mirror, making sure that he was keeping up with me. Of course, I was a little worried that my tire would again become too flat to drive on, so I asked God to keep air in my tire long enough to lead him to his destination. He was able to keep up with me for all but the last turn. Since he was driving a large truck, he had trouble making this last turn, and when I looked back in the mirror, I noticed that he had lost me, at least for a moment. So I pulled into a bank parking lot and waited for his truck to catch up with me, in order to lead him again. Twenty seconds later, I saw his truck go by, and instead of waiting for me to pull my car out in front of him, he looked over at me and smiled, and beeped his horn, as if to say: “Thanks for leading me. I can make it the rest of the way on my own. Thanks!” He had seen the sign for the highway by that point, and was on the way to his destination.

It immediately struck me that this set of events is so much like fathering in a home schooling family. My job is to lead, but I’m flawed. I’ve got the human equivalent of flat tires, rust, and chipped paint. It’s hard for me to see in the rain. To make matters worse, there are others who might block the path between me and those I’m trying to lead. But even with all those deficiencies—with all those stumbling blocks—I am still able to somehow lead the way. And leading the way is surely better than simply giving directions.

As a father, you can get your children started. You can lead the way. You can take them as far as you can, but there will come a point when they have to go the rest of the way by themselves. Your job is to get them on the right road so they can see the destination and make the rest of the way without you.

Whittaker Chambers, author of Witness, summed up this feeling in a letter to his children. Chambers wrote:

But, in the end, if I have led you aright, you will make out three crosses, from two of which hang thieves. I will have brought you to Golgotha — the place of skulls. This is the meaning of the journey. Before you understand, I may not be there, my hands may have slipped from yours. It will not matter. For when you understand what you see, you will no longer be children.

Fathers, hang in there. Especially for those of you who have children who seem to have taken a wrong turn, have hope. Ask God to grant your children efficacious grace. And believe that God loves every one of your children. Jesus is an expert on bringing back lost sheep. He may have even brought you back a few times. Remember that God has you, and God has your children, too. Wherever they are right now, keep the faith that God will give them the grace to—one day—look at you and smile, and assure you, “I see the destination now. Thanks for leading me.”