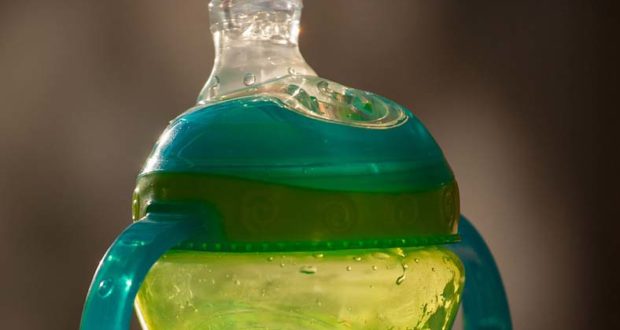 As readers of this column know, I recently wrote a book called Who’s Got You?, in the hopes of reminding Catholic fathers that theirs is a great calling. As part of my book tour, I was recently asked to be on EWTN’s Women of Grace show to talk about fatherhood with host Johnnette Benkovic. Since I don’t fly, I drove down to Birmingham, and arrived at the EWTN campus at about 11PM the night before the show. I hadn’t slept well the night before, so I went right to bed. But, whether I’m staying at the Ritz Carlton or the Super 8, I can’t sleep well apart from my own bed–which is ironic, since I can’t sleep well in my own bed, either. After a bad nights’ sleep, I decided to wake up and try to spend a little time reviewing my book. (It sounds funny, but when you do book interviews, you have to occasionally remind yourself what you wrote.)

I arrived at the EWTN set a little before 9 AM, a bit tired, and a lot nervous, hoping and praying that the Holy Spirit would guide me to say the right things. On the EWTN set, everything is very professional: they have a top-notch camera crew, editors, and directors. And, of course, Johnnette Benkovic is not only a very special and devout woman, but also a consummate professional. I, on the under hand, am a bit of a klutz. When you watch the show, you will notice that a mug of water is provided between the couches for the guests. However, after I was “miked” and they were ready to film, I reached my arm back, and accidentally spilled the water onto the pristine carpet. That was a little embarrassing, and frankly, it would hardly be worth mentioning, except for one thing: I did it again. I told Johnnette that, with 9 children, I perhaps felt out of place unless something was spilled on the floor. (It’s also true that most of the cups that I drink from have a lid…by design.)

Everyone agreed that the show went very well, and when it was over, I apologized for the carpet, thanked everyone for their hospitality, and walked back to my car. But as I did, someone mentioned that there was a series of tornadoes on the way, which would dissipate in about four hours. I decided to stick around and watch Father Mitch Pacwa’s show, and at 9 o’clock, I began my trip home.

Since my daughter Veronica has always wanted to go to Nashville, I figured I would drive a little out of my way, spend the night in Nashville, and buy some trinkets for her the next day. I arrived in Nashville at around 1:30AM, and got to sleep at 2AM, completely exhausted by the events of the last two days. It would have been nice to sleep about six hours, but alas, it was not meant to be. At 6AM, lightning struck a power source near the hotel, which completely shut off power to the hotel.

Well, not completely. One thing did work: the alarm clock. Somehow, the alarm clock was programmed to go off when it lost electric power. So at 6AM, I got up to walk across the room and hit the snooze bar. Only it didn’t work—the alarm kept ringing. I tried to find the light switch, turn on the light, climb under the table, and unplug the alarm clock. But I realized that it wouldn’t matter if I unplugged it—it just kept beep-beep-beeping for about five minutes whatever I did. By this time, people were making noise in the hallway, with childlike excitement that the power had just gone out.

“Alright, now what do I do?” I thought. “I can’t watch television; I can’t read the paper, even if they brought one to my door, because there’s not enough light.” I couldn’t even take a shower because not only was there no hot water, but there was no light in the bathroom. And the idea of a cold shower in the dark after four hours of sleep seemed more than I could bear.

Luckily, some things run on battery power, so I decided to grab my iPhone to see what was going on in the world. After looking at the depressing news of the day, I logged on to look at my credit card account, and was shocked to see that someone had made a series of unauthorized charges to my card. (At least someone seemed to be having fun with my money—and he was probably going to have a nice, warm shower.) This meant that I had to call to cancel my credit card. Only one problem. For the most part, Lisa and I only use two credit cards, and I left the other one with Lisa, meaning that I had to make it back home with the cash I had in my pocket. Now, I don’t normally carry much cash, but I figured I’d be OK.

I got in my car and proceeded to drop my car charger in a day-old, half-consumed Wendy’s Frosty, rendering it inoperable. As soon as I went to the store to buy another one, I grabbed a cup of coffee, and headed for downtown Nashville, excited at the prospect of getting Veronica some memorabilia. What I didn’t know was that there was some big event downtown, and I had to pay $20 to park somewhere that was normally free. Nevertheless, I secured some Nashville mementos, and got in my car to drive the rest of the way home.

The iPhone GPS application I bought has a setting to emit a loud “ding-ding-ding” whenever you go five miles over the speed limit. I normally drive the speed limit, but it’s surprisingly easy to go 70 for a split second in a 65 MPH zone. That thing must have gone off a mind-numbing two hundred times during my drive.

So after spending about 25 total hours in a car in two days (much of it through a rainstorm), having embarrassed myself in front of half of the EWTN staff, with almost no sleep, not showering for two days, with a “beep-beep-beep” and a “ding-ding-ding” sound stuck in my head, and in need of borrowing five dollars from my eight-year-old daughter, I arrived home. And when I walked in the door, Lisa asked me, “How did it go?”

“Fine, honey. How did everything go for you?” I answered.

We often think that when things don’t go our way, we are doing something wrong. In homeschooling, we have the equivalent of spilled water, tornadoes, money troubles, and alarm clocks. But that doesn’t necessarily mean that we’re doing something wrong; it might mean that we are doing something right. And, to be honest, the obstacles often provide the laughs along the journey. Maybe that’s one of the reasons that God allows these hurdles—so we can laugh a little as we make our way home. The man with tons of obstacles and an enormous sense of humor can go a lot farther than his counterpart with few of either. And in the end, he’s usually a lot happier.

Especially if he uses a “sippy-cup.”