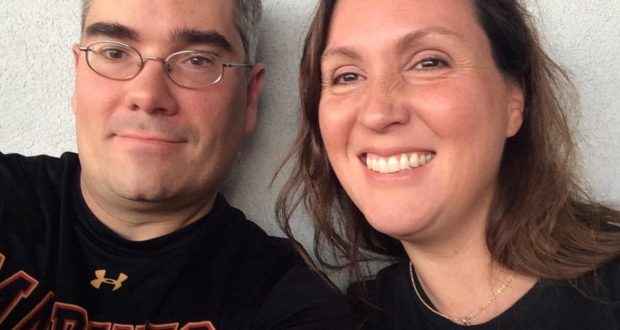 Getting it Straight about John Clark: Questions, Answers, and Errors

Occasionally, when people ask me about this column, they wonder if I’m making this stuff up. So I thought I would take a few moments and answer the more frequent questions. Here they are.

Are those the real names of your children?

Yes. Unlike in Dragnet, the names have not been changed to protect the innocent. Along with middle names and ages, they are: Athanasius Chrysostom (17), Veronica Marie (15), Demetrius Innocent (13), Tarcisius Bellarmine (11), Philomena Guadalupe (9), Dominica Rose (7), Bonaventure Duns Scotus (5), Immaculata Faustyna (3), and Mary Katherine (1).

Oddly enough, when I recite these names to people, the one that throws them for a loop is Mary Katherine. After all the other names, “normalcy” seems out of place. I love that. Lisa and I also thought that the first Mary Kay Clark was so successful that the world needed another.

I am open to suggestions for the next child, if by the generosity of God there is a tenth. Maybe Lisa and I should initiate a naming contest—submit ideas for the name and the winner gets a free dinner for four at Jack in the Box. If you are inclined to do so, be sure that the name is: 1) at least four syllables, 2) the name of a doctor of the Church, and/or 3) someone who directly conversed with Jesus.

Do you mind surrendering some of your privacy for the column?

I guess people think I’m being too open with my life when I mention things like our “any two socks is a match” rule, or our “Bowling for Bedtimes” contests. However, since when did privacy become a Catholic virtue? It’s not listed in the Summa, but if it were, St. Thomas would probably have had a section called: “Vices Opposed to Privacy,” in which he would have listed “child-rearing” as the primary vice.

Listen, anyone who has nine children couldn’t possibly have privacy as a top priority. At any given time, my bedroom door has no lock on it. As a matter of fact, it may not even have a doorknob at the moment. There are downsides to this, not the least of which is that yesterday, our toddler snuck into our bed during the night and proceeded to wet the bed.

You’re asking about privacy? I’ll settle for a dry place to sleep.

Are you having any more children?

This question logically follows the one about privacy. When I am asked this question, I think about growing up in a family of seven boys. When I was growing up, people used to ask me about my family, and I loved to shock them by telling them I had six brothers. They would almost always follow up by commenting: “Your mom must be a saint!”

Then I would joke to them: “She would have had more, but she wanted a career, too.” (Catholics don’t get this joke. They think I’m serious.) I’m sure my mom and dad wanted to have more children, and I’ve always had a touch of sadness that my mom never had a daughter.

A sister among us may also have balanced out some of the more testosterone-laden things that my brothers and I did growing up, such as shooting arrows at the house, making our own ammunition, having Space Invaders contests on the Atari game system, ghost-riding bicycles down our street, fighting with colored pencils, making fishing lures out of Coca-Cola cans, breaking limbs by playing neighborhood football, or dressing up in Ninja outfits and hurling throwing stars in our garage—basically the things that happen when there is a lack of female influence.

The most emasculating thing that any of us did growing up was polish the gun cabinet. (Oddly enough—and it seems even odder in retrospect—we were pretty good at home schooling.) Although we boys may not have recognized it at the time, a sister would have been a welcome addition to our family.

Realistically, I doubt that anyone who has nine children suddenly decides that he can’t have ten. Our philosophy is that there is always room for one more at the table—even if it’s a card table.

How do you do it all?

Well, I’m not sure what it “all” is, but I’m pretty sure I’m not doing it “all.” Happily, I am doing some of it. For instance, the other day, Veronica had a history test and she was having a hard time remembering the important facts in the life of Josef Stalin. If I were doing it “all,” I would have quizzed her over and over until she remembered the communist’s life in great detail. However, that is a little depressing. So I set the facts to her favorite Taylor Swift song. Unbelievably, she remembered the rather esoteric lyrics days later. That is doing “some” of it.

Errata. In the interest of honesty, I feel compelled to mention a serious mistake I made in a previous column. In my August 2009 column titled Decaf, I mentioned that there is no golf in Heaven. Athanasius reprimanded me about this one, giving me the verbal equivalent of rapping my knuckles with a ruler.

It turns out that there may be golf in Heaven, but the putting greens are much more forgiving.