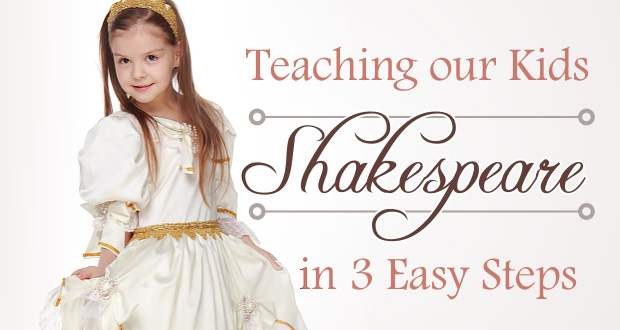 Is Shakespeare in Jeopardy?

As I have written previously, on the nights when I’m able, I like to watch the show Jeopardy and try to amaze my kids with my knowledge. (These are the kinds of things you do when you’re old—you get exhausted by failing to impress the world, so you spend your evenings in front of a television set in the hopes of dazzling your offspring.)

Some nights I do better than others. Bonaventure, my little eight-year-old, blond-haired and blue-eyed boy, watched in amazement the other night as I answered most of the questions, and wondered why I don’t go on the show.

My answer to him was simple: “You caught me on a good night, Bon. But if I go on the show, it might not happen that way.”

Because of Jeopardy’s format, you’re never really sure what the categories will be on any given night. If the categories are “Political Philosophy,” “Stock Symbols,” or “Theologians of the 13th Century,” I’ll probably do OK. But my worry is that I would go on the show and the categories would be things like “Current Sitcoms,” “Tony Awards,” or “Justin Bieber Albums.”

“I just wouldn’t know the answers to those things, Bon,” I told him.

“That’s true,” all the kids agreed.

But in reality, I’d probably do better than they think. Occasionally, and please don’t tell my children this (don’t worry—none of my children ever read my columns), there will be an answer that I know, but that I intentionally don’t answer out loud.

Because when you’re in a room full of your children, it’s a little unsightly to jump out of your seat, point to the television, and yell, “Who is Barry Manilow!” then fist-pump and congratulate yourself on your musical prowess.

(Those of you with teenagers will immediately understand my logic.)

Take it from someone who knows: better to keep that kind of knowledge to yourself.

But there are also things that I should know, and don’t. For instance, when a Shakespeare question comes up, all I can do is keep quiet and look stupider than I normally do. (In my head, I’m hoping all the while that the next question will be about Hall & Oates and I once again regain my children’s admiration.)

Yes, I know that he’s the greatest playwright ever, but for whatever reason, that part of my education slipped through the cracks. I read The Merchant of Venice as part of my homeschool curriculum, and I read Macbeth in college, but that’s about it. As a father of nine children, my own “curriculum” since becoming a parent has focused more on Piglet than on Hamlet. The truth is, I wouldn’t know The Tempest from a teapot. So this all got me to thinking about designing a Shakespeare class for my children. Here’s how it works.

There are elementary-level picture books about Shakespeare’s plays, and at a little higher academic level, there exist middle-school versions of Shakespeare’s classics that are written in more modern English. Lisa and I have our younger children read the picture book version, and the older children can read the more advanced version. After they read these versions, we either rent the movie, or borrow the DVD from the library, and they watch it together. Along the way, the older children can read the actual plays. Last week, we got the Laurence Olivier version of Hamlet and the children watched it together.

When I came home for lunch the other day, Dominica and Philomena couldn’t wait to tell me all about Hamlet. (And that’s good, since I never read it.)

So far, this is a pretty good system for us. I’m trying to pepper in some of the comedies with the tragedies. After all, it’s hard enough to get through the bleakness of the winter vortex without reading Hamlet, Julius Caesar, and MacBeth in the same week. A Midsummer Night’s Dream sounds so nice about now.

I’ve always believed that homeschooling works best when the entire family is involved. This is one way.

By the end of this class, my kids will know much more about Shakespeare than I do. And I will be the one asking Bonaventure: “Why don’t you go on the show?”