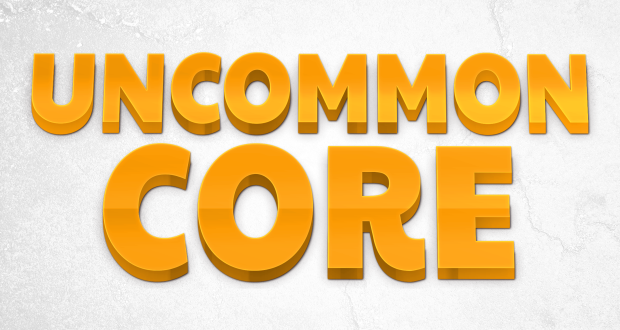 Un-Common Core: Where Does it Go?

There has been a lot of worry lately among homeschooling parents regarding the “common core” curriculum. Judging by the amount of views by readers of this journal, it is the biggest issue of the day. But the problem is not so much in merely having a common core—it is in what that common core consists. Some cores are good and some are rotten.

For instance, Christendom College, which I attended in the late 1980’s had a “core curriculum.” Every student was required to take a certain amount of credit hours in theology, philosophy, literature, math or science, political science, and history. And underlying it all was its credo: “to restore all things in Christ.”

On the other hand, there are public universities at which students are required to take classes that are injurious to the sixth, ninth, and perhaps most of the other commandments of the Decalogue.

Everyone has a Common Core

From the Academy at Athens to modern-day institutions, every system of education has had—to some degree—a common core set of beliefs. This has always been the case. And in my observation, Catholic homeschooling has a common core as well.

I have never met a Catholic homeschooling parent whose main objective was anything other than helping his or her child to become a virtuous person. Though the methodology might vary, or the workbooks and the lesson plans might be different, one thing shines as the denominator: virtue is the common core of Catholic homeschooling.

The Role of Virtue in Education

It’s great to know physics, algebra, accounting, and earth science, but without reference to the virtues, where will that knowledge lead?

In our family, the common core consists of faith, hope, charity, prudence, justice, fortitude, and temperance. We are often told by educators that students need “real-world” skills, not platitudes. But you know something? Every job I have ever worked desperately required virtues like hope, charity, and fortitude, and I suspect that was true not just for me, but for everyone. These virtues are important for all professions.

If you think they are not, consider this. All things being equal, wouldn’t you prefer having a doctor that ranked very high, rather than very low, on the charity list?

Wouldn’t you rather be chauffeured by a taxi driver who practiced prudence, rather than imprudence?

Wouldn’t you rather have an attorney working for you who believed in justice, rather than injustice?

We’re are so afraid of offending some sensibility that we seem too timid to even ask the obvious question: “What’s more real world than virtue?”