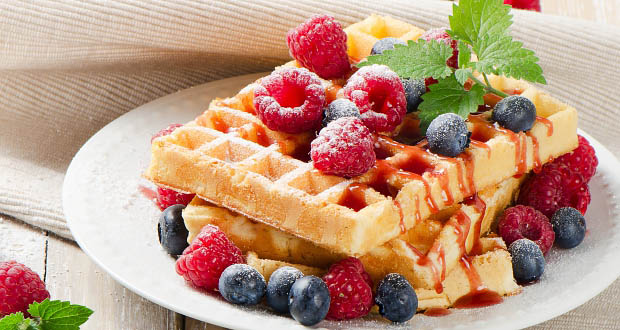 Why We Should Sit at the Kids’ Table

I always seem to wind up at the kids’ table.  Until recently, I thought this happened by pure serendipity, but I’m beginning to wonder if it occurs by my own subconscious design.

On a Sunday morning in late September, my family ate brunch at Christendom College after Mass, as part of the “Parents’ Weekend” festivities.  (My oldest son, Athanasius, is now my entry ticket to such assemblies and events where I rub shoulders with the beaux esprits of our little hamlet of Front Royal.)

After navigating the food line, I went back to sit down with my children, breakfast in hand.  When I looked around the circular table, I noticed Mary Katherine (4) building a pretend doll house with her scrambled eggs and hash brown square, and Immaculata (6) eating the whipped cream off her waffle (carefully making sure that she did not actually consume any fruit).

Curiosity getting the better of me, I began to look around at the other tables to see what events might be unfolding.  Lisa was no longer at our table; she had already gone off to speak with another mom about kids, or fashion, or shoes, or some other very important thing.  The priests were eating breakfast with various dignitaries, and some of the teachers were sitting together talking about…whatever teachers talk about when they get together.
It all seemed very intellectual.

Then, as I looked back to my own table, and observed Bonaventure (8) applying strawberry cream cheese to his bagel with a level of precision that would have made a neurosurgeon proud, it dawned on me: I was once again at the kids’ table.  I wistfully thought back to my younger years, during which epoch I was forbidden to sit with the adults at my grandmother’s house at Thanksgiving and Christmas dinners.

Before age sixteen or so, my younger brothers and cousins and I were told to sit at the “kids’ table.”  Being told to sit at a kids’ table at age fifteen is akin to receiving the maximum possible sentence for a crime in which the charges are never announced.  I thought there might be two possible reasons for the adult/child conversation segregation.

Still, the adult table struck me as fascinating. “What secrets does it hold?” I pondered.

As I took a little trip down the memory lane of my mind, I started to explain to my little children that, although I was 42 years old, I had never quite “graduated” from the kids’ table.  At first this bothered me, but I had come to respect the camaraderie, the conviviality, the esprit de corps, if you will (readers, please forgive all the French idioms in this essay—I sat in on Athan’s French class that same weekend), of the kids’ table.  I informed my children that I actually grew to prefer the kids’ table over adult dining options, but I didn’t quite know why.

At this point in the conversation, Dominica (10) put down her fork, and announced the answer, as though she were providing the great reveal in the final chapter of a Dashiell Hammett whodunit.

“I know why you like the kids’ table, Daddy,” she announced.

“Why is that, Dominica?” I asked her.

“Because at the kids’ table, we talk about unicorns and lollipops and monkeys and coloring books.”

“What do they talk about at the adult table?” I asked her.

She said: “They talk about money and paying rent, and bills.  That just makes you worry.  That’s why you like it better here.”

Many true words were spoken that day, but none truer than these.  As Matthew 11:25 reads: “At that time Jesus said, ‘I praise You, Father, Lord of heaven and earth, that You have hidden these things from the wise and intelligent and have revealed them to infants.’”

We live in a sad and unnecessarily serious world.  It is a world ruled by many of those whose “growing up” process meant rejecting the wonders, the innocence, the happiness, and the truths so natural to childhood.  Maybe it’s time we pulled the plug on the TV news, put down the political journals, and turned to our children for some wisdom and insights on the way things ought to be.  And the beauty of the way they are right now.  As homeschooling parents, with the time spent with our little ones, maybe it’s time we allow ourselves to learn that the most important lessons come from the hearts of our own children.

Maybe it’s time we all grab a waffle, and sit at the kids’ table.

(Enjoy John Clark’s writing?  John’s latest book Who’s Got You? Observations of a Catholic Homeschooling Father is available from Seton Educational Media or for Kindle or Nook.)