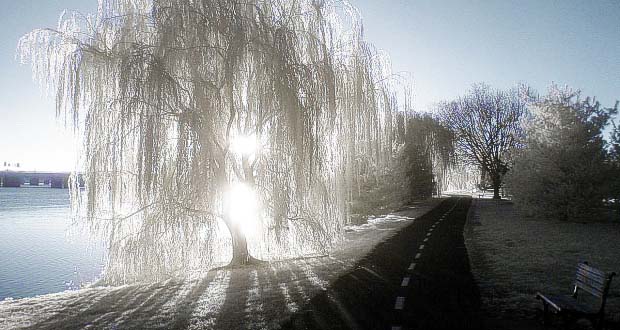 Once Upon a Time

When I was perhaps eleven or twelve years old, I happened upon a piece of music called Once Upon a Time. It was from a Broadway play that I had never heard of, and of course I had no idea what the story of the show was. However, I was intrigued by the words, especially the final stanza, which I remember to this day:

Once upon a time, the world was sweeter than we knew.
Everything was ours, how happy we were then,
But somehow once upon a time
Never comes again.

Even at the age of eleven, these words made me wistful for a lost time, an age long ago, when things were better. But how could an eleven year old child pine for lost days of youth, or for lost love? I had lost no love, and my youth was mainly ahead of me. I remember thinking at the time that it was strange that these words affected me emotionally. I knew the feeling that the words brought to me, but I didn’t know why.

This longing for a lost time, when the world was new, and all possibilities were present, and life was sweet, seems to be a constant among people. We hear talk of the “good old days” when everything was so much better. To contemporary people, our good old days might be the 1970s, or 60s, or 50s. But no doubt to those living in earlier decades, it was the 30s or the 20s which captured the imagination. Doubtless in the 1500s people longed for the 1400s, and in the 800s they longed for the 700s.

I have often thought that part of the genius of Tolkien’s Lord of the Rings series is that he sets the story in Middle Earth. It is the earth, but it is a different age of the earth, an age we cannot enter for having been born too late. It is part of the poignancy of the story that this is not merely something that happened somewhere, but happened on a lost earth.

As I have grown older, and more of my earthly life is behind than is to come, the idea of longing for an earlier time seems to have more pull on me. One of my children has graduated from college, and two others are in college, and soon enough they will all be moving on to their own lives and their own families. It’s hard even to write that sentence without a tear.

But lately I have come to believe that a longing for the past is a trick that our imaginations play upon us. After all, the good old days didn’t seem all that great the first time around. They had their problems and trials, and often it was hard enough just to get through the day.

I have read that when one is hit in the eye, the brain interprets the force as light. The brain is accustomed to signals of light from the eye, and it converts any sensory input into what it knows. Perhaps the imagination is the same way; it converts longing into thoughts about the past, because the past is what we know.

But what if the time that we long for is not the past, but the future? This longing, this pining, might not be for a time gone by, but for a time that is to come. We live upon this imperfect earth, where troubles are never far away from us, but the things we truly desire are not of the earth, but are beyond anything the world can give us. As St. Augustine says, “Our hearts are restless, until they rest in Thee.”

I think that is why the song spoke to me at my young age. Because even then, I knew that there was something more, something I could not grasp, some place in which I truly belong, which was calling to me, and was my true Home. There really is a world that is sweeter than I know, but it is not in the past.

When do you hear your calling to Home?