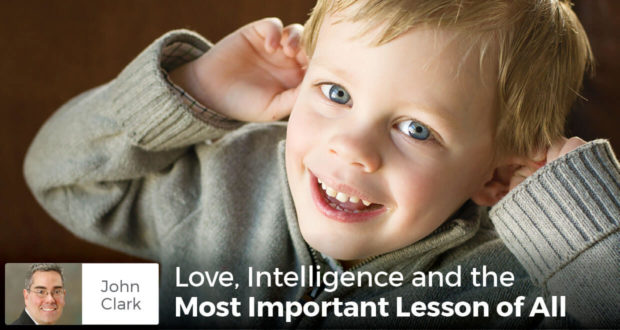 Love, Intelligence and the Most Important Lesson of All

We parents seek to help our children in their academic studies but John Clark reminds us that the love of God is the most important lesson of them all.

Many years ago, a boy named John was having a very difficult time with school.  John loved God, and he deeply desired to understand the true Faith, but he was behind his peers academically and seemed to have a hard time understanding much of anything or retaining any knowledge.  So, he prayed for help, asking for the intercession of Mary.

One day, Mary appeared to John and informed him that his prayer had been answered in Heaven.  From that very moment forward, people were dazzled by John’s intellectual abilities.  In the ensuing years, John went from the perhaps the worst student in his class to one of the greatest minds in all of Christendom.

For his part, John took it upon himself to use this intelligence to defend the doctrines of the Catholic Faith, to honor Mary, and to promote love and affection for God throughout the world.  The Church remembers him as Blessed John Duns Scotus.

In the times of Duns Scotus the majority of theologians countered with an objection that seemed insurmountable, the doctrine which holds that Mary Most Holy was exempt from original sin from the very first moment of her conception: in fact, at first sight the universality of the Redemption brought about by Christ might seem to be jeopardized by such a statement, as though Mary had had no need of Christ or his redemption. Therefore the theologians opposed this thesis. Thus, to enable people to understand this preservation from original sin Duns Scotus developed an argument that was later, in 1854, also to be used by Bl. Pope Pius IX when he solemnly defined the Dogma of the Immaculate Conception of Mary. And this argument is that of “preventive Redemption”, according to which the Immaculate Conception is the masterpiece of the Redemption brought about by Christ because the very power of his love and his mediation obtained that the Mother be preserved from original sin. Therefore Mary is totally redeemed by Christ, but already before her conception. Duns Scotus’ confreres, the Franciscans, accepted and spread this doctrine enthusiastically and other theologians, often with a solemn oath, strove to defend and perfect it. (Emphasis mine.)

As Pope Benedict explains, the enigma of The Immaculate Conception had confounded many people, including even the great Saint Thomas Aquinas.  However, John understood.  John had prayed for intelligence and wisdom, and his prayer was answered.

There is a lesson for us Catholic parents in John’s story.  We parents devote considerable time, energy, and finances to our children’s education.  We want to see our children excel, to do their best, to get straight A’s, if possible.  But intelligence, like a lot of other gifts, is not an end in itself.  The end—the noblest motivation—is the love of God.

Yes, John was smart.  But I’m not sure that’s the point of the story.  John loved God: that’s the story.  And it’s a breathtakingly wonderful story, with or without the intelligence aspect.

For that matter, it’s not a bad lesson for ourselves as adults.  A few nights ago, I was trying to understand a scientific concept to write an apologetics column, but I was having a hard time understanding it.  And so I prayed that I might grasp it.  I may never understand it fully, but maybe that’s not the point.

Maybe God will answer my prayer by not enlightening my mind to understand this principle.  The answer to my prayer might be I need humility much more than I need to grasp the principle.

The glass ceiling of my mind might just be the window to humility I so desperately need.

In teaching our children, and in learning ourselves, we must recognize that each of us has learning difficulties because of both our human nature, and because of the Fall of Man.  Whether we’re first in class or last in class, our intellects each have defects.  And while nothing is wrong with praying for genius, the lesson of Scotus is that the real gift is not intelligence.

The real gift is love.