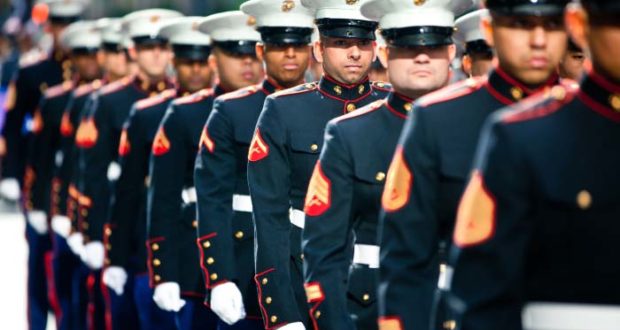 A fully-accredited, Catholic high school program providing an Advanced Academic Diploma designed to prepare the student for admission to a Military………

A fully-accredited, Catholic high school program providing an Advanced Academic Diploma designed to prepare the student for admission to a Military or Uniformed Service Academy.

This exciting new program has been designed to prepare Seton’s participating students to earn credits in all courses recommended by the five national service academies, and to meet the stringent Virginia standards for an Advanced Academic Diploma.

While the program has admittance to a service academy as its central goal, many students may wish to enroll in this program solely to earn an advanced academic diploma. Completion of this program will require a minimum of 29 high school credits. Due to the challenging academic load, students may stretch their enrollment to five years.

A large percentage of first year students at the academies have accomplished at least one year of post-secondary academic preparation before entering an academy for the first time.

What are the requirements to graduate from the Military and Service Academy Prep Program?

In order to earn the Advanced Academic Diploma from the Military and Service Academy Prep Program, Seton’s students will be required to earn:

What will this Prep Program cost?

The base cost for this program will be the same as a normal enrollment for a high school year with Seton, which is approximately $675 – $725 per year. There will be an additional one time fee of $100 for the Prep Program due to the additional counseling and mentoring.

What are some of the unique features of this Military and Uniformed Service Academy Prep Program?

Students enrolled in this program will have some unique advantages.

First, they will be earning a more advanced diploma.

Second, there will be an adviser who graduated from a military academy (and who thoroughly understands the military admissions process) who can advise students and parents.

Third, as part of this overall program, Seton will be establishing the Richard Bayley Seton Military Alumni Corps. The Corps will include many Seton graduates who have been accepted at the various academies, and their parents, all of whom have agreed to aid Seton students and their families with the application process.

An Interview with Gene McGuirk

We sat down with Gene McGuirk to ask him a few questions about the program and its history. Here is what he had to say.

Why was the Program created?

The Military Prep Program was the idea of Cmdr. Bill Short, USN (Ret). Cmdr. Short homeschooled his son through Seton and fell in love with our program. He was recruited by the Naval Academy and was sent to a post-graduate high school year to upgrade his academic readiness before admission.

Since many Seton graduates have attended the various military and service academies, and through his own experience with Seton, Cmdr. Short felt strongly that Seton’s curriculum could make a wonderful program to intentionally prepare students for the academies.

The obvious intent is to help homeschooling families to prepare their students for a potential admission to a U.S. academy.

Were the academies involved in the creation of the Program?

I also met with representatives of the Air Force Academy and the Virginia Military Institute on later trips. The admissions representatives of all of these schools were very interested in the Seton project and offered advice and help.

All of the academies and colleges named have had previous Seton students accepted, enrolled, and graduated. One Seton student, Jonathan Bate, graduated at the head of his class from West Point in 2006.