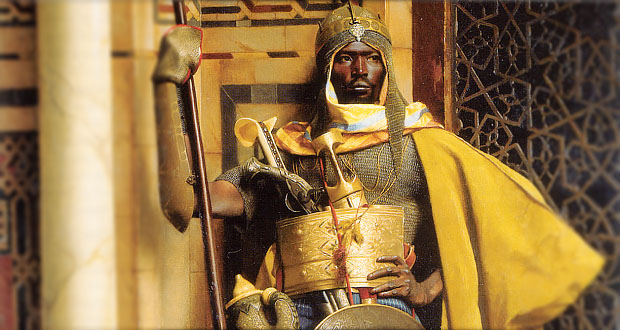 Self-Possession: Why We All Need It

Two great ancient philosophers, Marcus Aurelius in Meditations and Boethius in The Consolation of Philosophy — two works renowned for their great wisdom and moral power — teach the importance of the virtue of self-possession.

Both writers observe that no persons can control the outside events that surround them. No human being can determine the weather, the political events of his society, the behavior of the people he encounters, or the unexpected occurrences in his life that fickle Fortune brings.

In the marriage vow, for example, couples promise fidelity for better or for worse, in sickness and in health, and for richer or poorer—the simple acknowledgement that these many external events and forces are beyond human control or predictability. Boethius explains the foolishness of imagining that one can ever possess honor, fame, wealth, or pleasures which are always subject to change and loss.

While no one can control the future, foresee the randomness of accidents, or possess material goods in any absolute sense, everyone can “possess” himself, that is, control his behavior, govern his passions, shape his character, and make wise moral decisions.

This self-possession Boethius calls “equanimity” or “self-sufficiency,” the virtue that identifies happiness with an unruffled composure or inner strength that does not depend exclusively on outside forces or the favors of Fortune. Lady Philosophy asks Boethius, “Why do you mortal men seek after happiness outside yourselves, when it lies within you?” She explains, “If you are in possession of yourself you would possess something you would never wish to lose and something Fortune could never take away.”

No matter what happens in the ups and downs of life’s vicissitudes, a person with self-possession and equanimity does not overreact, let sorrow, anger, or despair overwhelm him, or lose the capacity for reason, “the seat of your mind,” Lady Philosophy explains. Self-possession is the opposite of moodiness or fickleness.

It is always a temptation to assume that the outward blessings of birth, social class, riches, honor, fame, and pleasure that one enjoys belong to him as a permanent possession and to forget that a person’s only true possession that nothing external can alter is, in Lady Philosophy’s words, “the godlike quality of his rational nature” that reflects “the image of God.”

While worldly goods come and go in erratic ways and elude human management, man’s mind can control his emotional reactions, his immoderate desires, and the unruly passions that are always disturbing the equanimity of self-possession: “You cannot impose anything on a free mind, and you cannot move from its state of inner tranquility a mind at peace with itself and firmly founded on reason,” Lady Philosophy explains to her pupil who has let himself become governed with anger, grief, and hopelessness at life’s injustice that has condemned him to prison and a death sentence.

Not Stoicism,  but Self-Possession

The art of living, then, demands self-possession to deal with the “slings and arrows of outrageous Fortune” that troubled Hamlet and all who experience the sufferings and cruelties in the valley of tears. Without this virtue a person never experiences the peace, serenity, and hope that living demands, assuming that happiness depends more on outward events than inner powers.

Self-possession is not Stoic apathy, that is, indifference to the circumstances or events surrounding a person’s life but the capacity to rise above extreme emotional responses that are unjustified by the outcome of affairs.

For example, a college professor of philosophy, ironically, never learned the virtue of equanimity that Lady Philosophy offers to all her pupils. He proposed legislation to a faculty and argued its merits but did not receive the votes for the proposal to pass. Thereupon he picked up his briefcase, stormed out of the room, and slammed the door. Without the composure that self-possession forms, temper tantrums and impulsive outbursts accompany all the disappointments and frustrations encountered in the business of living.

Without self-possession man becomes weak and vulnerable, “a feather in the wind” before all the storms and disasters of life and the plaything of the emotions.

Marcus Aurelius writes, “It would be absurd to be surprised at a fig-tree bearing figs” just as it would be foolish for a doctor to be shocked by a fever or a ship captain to be unprepared for gusts and winds. Likewise, one with self-possession anticipates failures, frustrations, and disappointments as inherent in the nature of things and does not expect the impossible or have an unrealistic awareness of life’s possibilities.

Aurelius remarks, “A bitter cucumber? Throw it away. Brambles in the path? Go round them.” Self-possession is keenly aware of life’s difficulties and complications but does not brood over them or indulge in a litany of complaints because plans and hopes do not proceed as expected.

Instead of protesting the bitter cucumbers or irritating brambles, the person of self-possession learns from the carpenter and cobbler who take for granted “the shavings or cut-offs from their work on the shop floor” and dispense with the waste. Self-possession deals with the troublesome, unpleasant aspects of life with mastery and discards them as of no great importance.

Without self-possession the storms and stresses of life break a person’s spirit, deprive him of peace, overcome him with self-pity, and make him feel a victim of blind, uncontrollable forces. But man is more than a sensitive creature ruled by the feelings of the moment.

He is a rational, godlike being capable of high-minded, rock-like endurance and patience in the midst of life’s erratic, strange changes.

The art of living does not fluctuate with the weather, shift with the variations of fickle fortune, or let the rise and fall of nations determine his happiness: “Be like the rocky headland on which the waves constantly break. It stands firm, and round it the seething waters are laid to rest.” (Marcus Aurelius, Meditations)