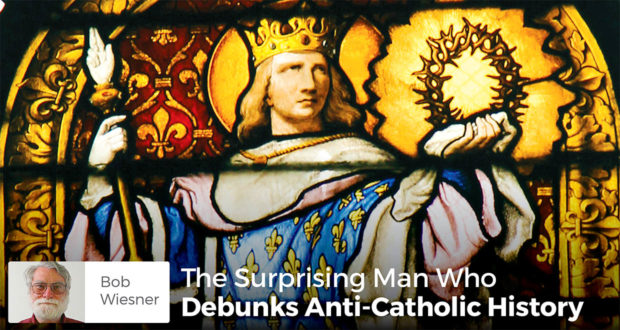 Rodney Stark is a remarkable writer.

He is a sociology professor at Baylor University and has been variously described as anything from a Lutheran to an atheist.

Yet, he has produced some of the best work ever defending Catholicism against the more egregious historical attacks leveled against her.

In God’s Battalions, Stark thoroughly debunks the modern notion that the Crusades were a matter of unwarranted aggression.

Bearing False Witness exposes the truth behind all manner of horrible charges laid against the Church, from the myth of Hitler’s Pope to the supposedly extremely bloody Spanish Inquisition and much, much more.

In short, Professor Stark is a man committed to truth, wherever it may be found. Further, he is an enemy to falsehood, even to the point of defending a Church to which he does not belong.

And the truth, for Seton families, must take precedence over all other considerations in taking to the books again each year.

Logic and the rest cannot be ignored either.

I am mindful of the proclamation of the greatest historical truth ever in my Byzantine Church each year at Easter: amid clouds of incense, boisterous hymnody, candle smoke and a general atmosphere of great glee, the priest strides boldly up and down the aisle, swinging the censor every which way, bellowing at full volume, “Christ is risen!” to which the congregation roars in reply, “Indeed He is risen!”

May the pursuit of truth in your families this year partake of that same spirit: be boisterous, be bold; seize truth as a pearl of great price.

Savor truth, cherish it and weave it inextricably into the fabric of your family life.