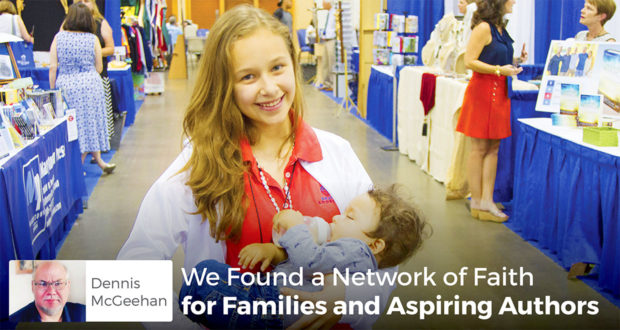 We Found a Network of Faith for Families and Aspiring Authors

Do you have an aspiring author in your family? Dennis McGeehan recommends a Catholic conference that could be an ideal field trip and network destination.

Our children were often enthusiastic when they were given school assignments to complete during their vacations—because the assignments included visiting the aquarium, climbing up lighthouses, hiking a historical trail, or visiting a really cool museum.

As a Catholic family, we always planned ahead to where we could attend Mass during our trips, and as a homeschooling family, we used each destination as a school field trip.

Had I known then of the annual joint conference of the Catholic Marketing Network (CMN) and the Catholic Writers Guild (CWG) , it would have been a candidate for a vacation destination. 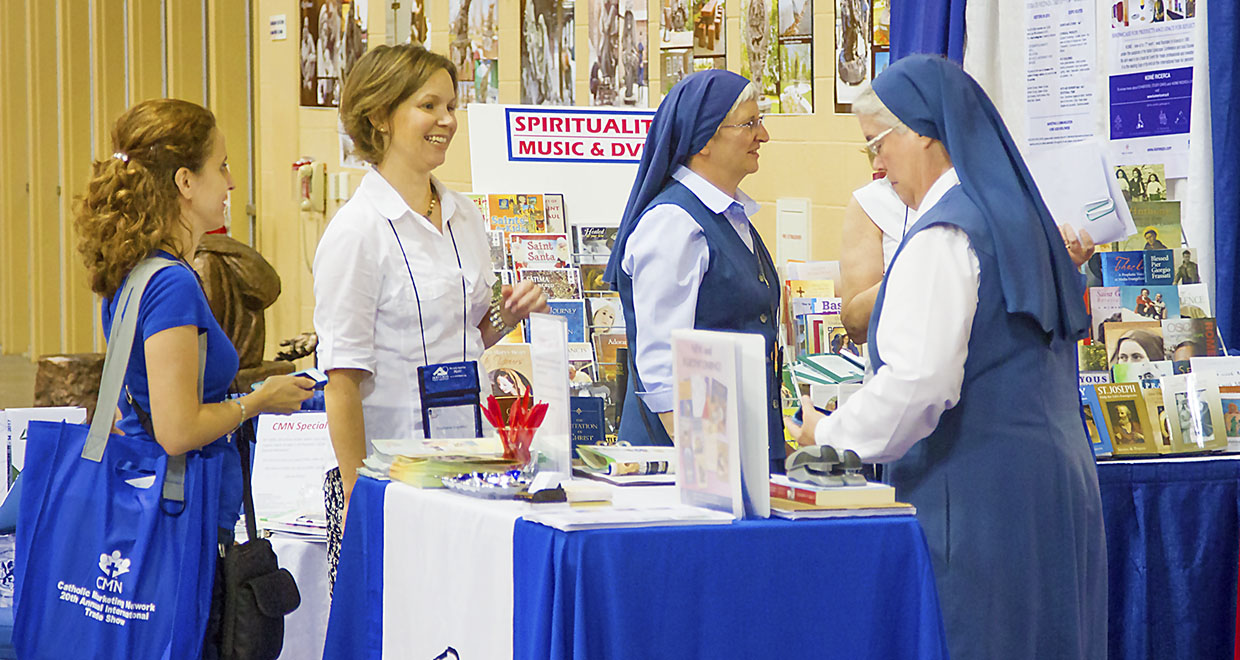 During their high school years, our two oldest children tried their hand at writing a novel. Our oldest, Sabrina, crafted an opus that she admits could go to two hundred thousand words. It was a fantasy with magical creatures, heroes, and arch-villains.

Our son, Sean, forged a tale of dragons, great battles fought by armies, and duels between lone warriors. He was writing it mostly as a fun way to meet a graduation requirement, but our daughter did express an interest in pursuing a career as an author. Thus, the conference would have fit both as a Catholic destination and as an academic field trip.

Imagine the following scenario: you arrive at the conference and are checking in at the registration booth. The person working the booth is cheerful and greets you with a smile. All around you is the buzz of dozens of conversations. You are inquiring about the day’s scheduled events when suddenly the hall is enveloped in silence.

The person at the booth disappears behind it; they have dropped into a kneeling position. You look around and see others kneeling on the floor. Then you notice a priest coming towards you bearing the Blessed Sacrament in a monstrance, followed by a line of people softly singing a hymn.

You drop to your knees and bless yourself as Jesus passes in front of you.

The procession enters a room and the conversations resume. The person at the booth points out that Eucharistic Adoration is available during most hours of the conference. 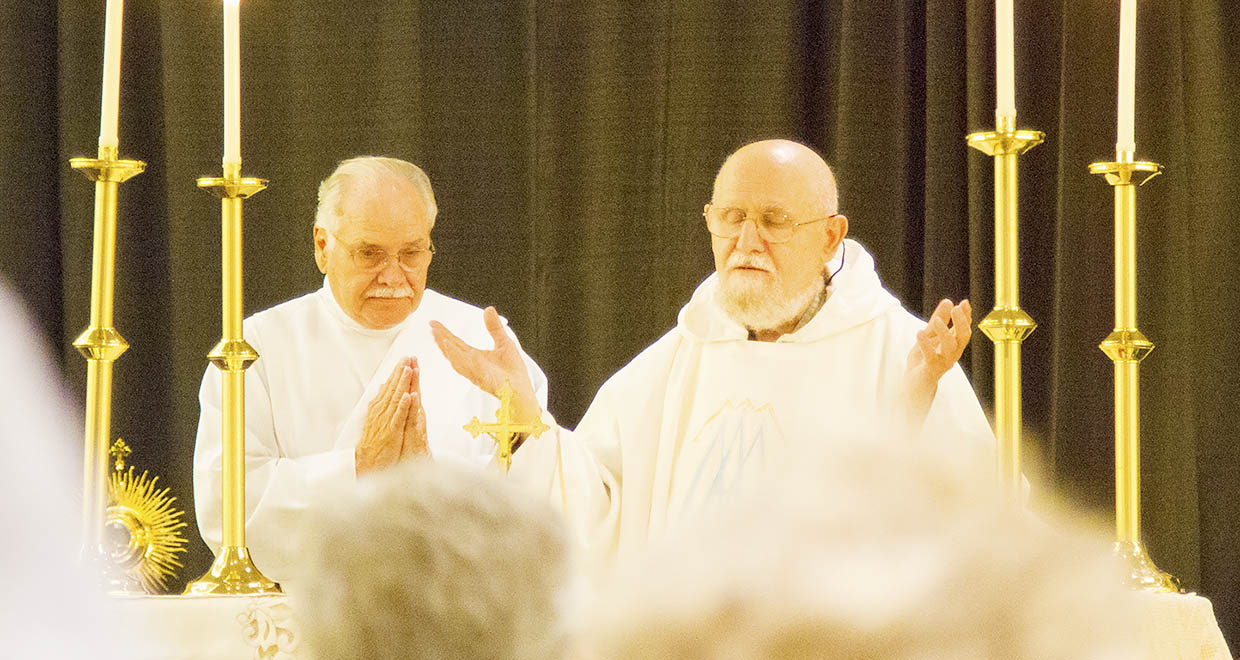 The Confession schedule is posted on the wall and a bus trip to the Marian Shrine will depart this afternoon precisely at 3:15 p.m. from the front of the hotel.

Yes, this did happen at this year’s 2016 conference!

The Catholic Writers Guild is a group of men and women who pledge their faithfulness to the Pope and his bishops and who use their talents to answer the call of Pope Saint John Paul II to evangelize the world. They do this by writing non-fiction and fiction stories in all genres, such as historical fiction, young adult, children’s books, science fiction and fantasy, poetry, devotionals, and inspirational biographies.

During past conferences, breakout sessions led by Guild members provided the details of: World Building, The Mechanics of Good Writing, Indie Publishing, Crafting a Plot, Character Development, The Use of Dialog, Sharing Your Faith, Interview Skills with the Media, How to Become a Freelance Writer, and other topics. Special sessions with the Marketing Network can feature world-renowned speakers who are in high demand and who talk on a variety of issues.

The conference show floor has a large array of booths from the various vendors. The 2016 international show had 130 different companies in attendance. There are, of course, Bibles and devotionals, rosaries and statues of all sizes.

There are books and curriculums that Catholic schools and homeschoolers can use as well as DVDs on a variety of topics. Unique gifts such as Holy Bears and technology such as Biblezon are present as well as opportunities for personal growth such as Live the Fast. Those in attendance may also have the opportunity to view, for free, a soon to be released faith-related film. This occurred at the 2015 conference.

A popular event at the conferences is the author Meet & Greet sponsored by the publishers in attendance at the conference. At these events, attendees are able to obtain newly-printed books, often for free, and get the authors’ autographs.

I have attended two conferences and can attest to the wonderful atmosphere present. Children are a part of it. They belong to the families of the store owners or are members of some ministry that is in attendance such as The Children’s Rosary. Indeed, ministry is the word most attendees use to describe their work, whether they are store owners, writers or members of the media. 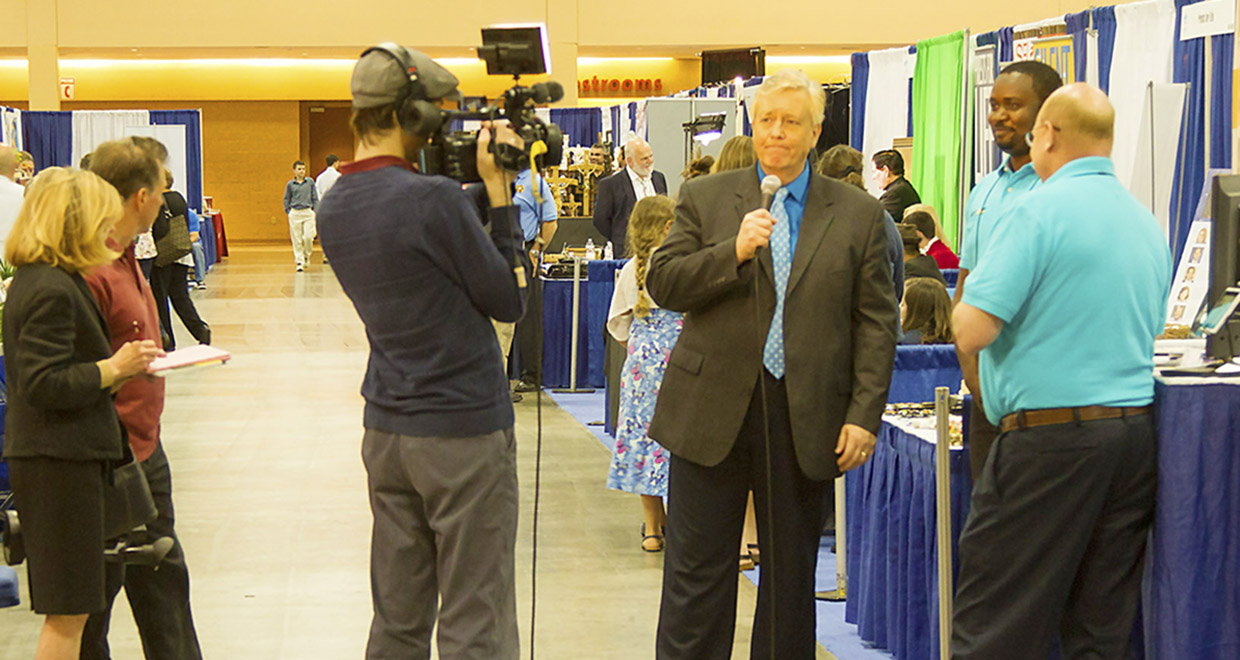 They are there to learn how to make their calling prosper with the understanding that God is ultimately in charge. The presenters of the breakout sessions are willing to answer questions, and many will often arrange to meet with attendees during downtime if their schedules allow. A sense of unity and charity pervades the conferences.

On top of these reasons to attend, these events are held at world class locations, and attendees can receive discounted rates for the hotels when they register.

For a Catholic homeschooling family with a budding author in the ranks, a trip to the conference is definitely a good choice. You will be immersed in a thoroughly orthodox Catholic environment. You will have the opportunity to learn from successful authors, develop contacts with publishers, and become friends with great people.

You will be introduced to items you have never seen, and many will carry a show discount. The only downside is you will not want it to end, and you will be tired when it is over.