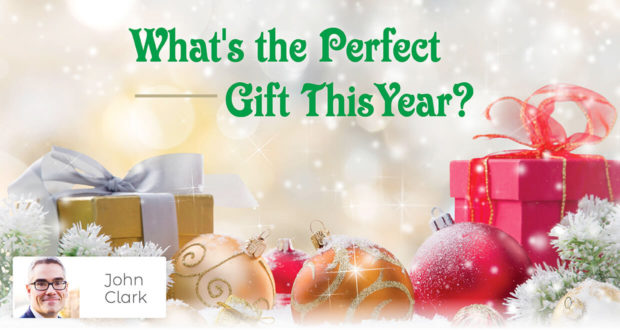 What’s the Perfect Gift This Year?

For Christmas this year John Clark suggests giving Jesus the perfect gift. “Forgive those who trespass against you.” And embrace the Child Jesus anew.

Every Christmas, we spend considerable time, energy, and/or money trying to locate the right gift. But the ideal gift—the truly perfect gift—is not found online or at Wal-Mart or Target or even Neiman Marcus.

It is found within your own heart, soul, mind, and strength. It costs no money. It makes the world a better place. And, if used properly, it lasts forever. It’s called forgiveness.

If you’re a Christian, you’ve heard plenty of sermons about the need to forgive, and maybe you’ve done a good job forgiving others in the past. But I’d be willing to wager that, for many of us, there is one nagging offense that we find terribly difficult to forgive.

Maybe it was something done or said not to you, but to someone you love very much. For instance, some of us parents find it easy to forgive transgressions against ourselves, but find it darn near impossible to forgive injustices committed against our children.

Maybe it was a transgression committed by someone you deeply love, like a close friend or a brother. Why did he do that? Doesn’t he know how much I love him? Didn’t he love me? Why didn’t he stand up for me when it really mattered? Perhaps this is why William Blake wrote, “It is easier to forgive an enemy than to forgive a friend.”

Maybe it’s something that has caused you enormous pain, but the perpetrator isn’t the least bit sorry. In fact, the other person might deny your pain, refuse to recognize your pain, or even mock your pain—thereby intensifying the original offense. Why can’t she just say “I’m sorry”? It would make life so much more bearable for me. But she won’t. And she probably never will.

Maybe it’s a combination of these factors, as well as others.

How can you just forgive them?

I wouldn’t even suggest that I had all the answers, but I’d like to suggest two ideas.

First, ask God to help you forgive them. Don’t forget: God is the expert on forgiveness. My departed friend Father Constantine used to say that if you desire to forgive, that’s enough—at least for a start. Forgiveness is an act of the will; in fact, forgiveness is the act of a strong and resolute will. It’s also the result of grace. Speaking from personal experience, it’s surprising how quickly God answers this prayer.

Sometimes, He doesn’t even wait until I’m finished with my words. He sees me begin my little prayer and He runs out to the road to greet me before I can even say Amen.

Second, think about what forgiveness is and is not. Forgiveness does not mean that we have come to realize that the transgression was OK or even understandable. C. S. Lewis wrote a wonderful essay in which he drew a contrast between forgiving and excusing.

Lewis clarifies that “excusing says ‘I see that you couldn’t help it or didn’t mean it; you weren’t really to blame.’ If one not really to blame, then there is nothing to forgive. In that sense forgiveness and excusing are almost opposites.”

Even after you read all this, it might still seem like too much to ask to forgive a person who hurt you. In fact, the notion of giving them a Christmas gift seems absurd. Remember that I began by speaking about giving the perfect gift, but I failed to mention who the gift is for.

You might have been thinking that the gift of forgiveness is for the person who wronged you. It isn’t. It’s not his or her birthday.

Unforgiveness is a wall between you and God, littering your soul with graffiti. This year, tear it down. For Christmas this year, give Jesus the perfect gift. “Forgive those who trespass against you.”

And embrace the Child Jesus anew.