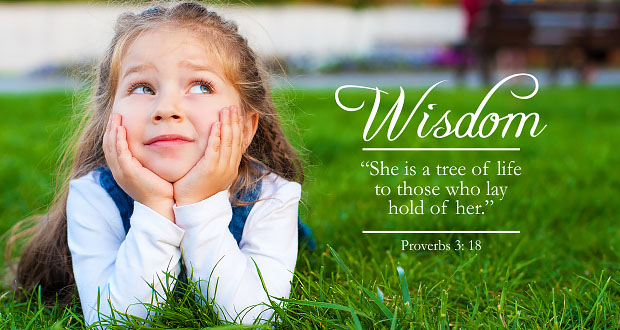 The Book of Proverbs exalts wisdom as more precious than silver, gold, and jewels and calls a man happy who finds this treasure: “She is a tree of life to those who lay hold of her; those who hold her fast are called happy” (Proverbs 3: 18).

The following beast fable explains the value of this gem:

In Chaucer’s “The Nun’s Priest’s Tale” Chauntecleer the rooster wakes up one morning terrified from a dream in which he narrowly escapes from a creature with a long, reddish bushy tale: “I dreamed that I was roaming in our yard, /And saw a beast that could have been a hound, /And he was trying to catch and carry me off, /And if he caught me, I knew I’d soon be dead.”

He reports his frightening dream to his favorite hen Pertelote only to hear her mock him for believing in nonsense and lacking courage: “Is your heart a man’s? Why do you have a beard? / Alas! But how can you be afraid of a dream?”

In Pertelote’s view, bad dreams result from indigestion, “from stuffing your belly.” She puts no stock in the prophetic nature of dreams as forewarnings from spiritual powers, insisting that gases in the stomach cause these disturbances. “For love of God, please take some laxatives,” she instructs the cock, dismissing his fears as silly superstition and quoting a wise man who said “There’s nothing real in dreams.”

Chauntecleer, who perches above on the roof, views the subject of dreams from the perspective of universal learning and the knowledge of books that represent a tradition of dreams as true signs of future events. Citing examples from the Bible and classical antiquity, he alludes to the dreams of Daniel and Joseph and the dreams of Croesus and Andromache as absolute proof of the revealed truths communicated in these supernatural ways. According to Chauntecleer, then, books are the final authority of truth. Pertelote, who stays below in the farmyard, views the subject of dreams exclusively in terms of personal experience. Never in her life does she remember a dream that came true. According to Pertelote, experience is the measure of truth. Both the rooster and the hen hold fast to their views, each convinced of the other’s ignorance.

One day while Chauntecleer is singing robustly, he notices an animal hiding in a vegetable garden and instinctively prepares to fly until he hears the flattering words of Russell the fox: “No human voice knows how/ To sing like that, so merry a vocal organ/ That comes to my ears like angel sounds, not man’s.” Inflated by these compliments, Chauntecleer decides to continue his performance to impress the fox even more with his singing. Descending from his perch, standing on his toes, and closing his eyes, the rooster begins crowing in resounding notes until the fox “leapt like a frightened deer/ And by the neck took hold of Chauntecleer.”

The Whole and the Part

This episode exposes the folly of both rooster and hen. Chauntecleer’s respect for dreams now makes more sense than Pertelote’s mockery. While Chauntecleer’s learning taught him to value dreams as sources of truth, he does not use this knowledge in real life. His knowledge of truth remains theoretical and abstract. He fails to apply theory to practice, for he fails to see the correspondence between the creature he dreamed of, “a beast that could have been a hound,” a reddish colored animal “with a tuft at the end of his tail,” and the actual fox that appeals to his vanity. Of what value is wisdom when it is not used in daily life and practical matters? While Chauntecleer possesses bookish knowledge and the authority of tradition, he lacks the knowledge of experience, the ability to recognize a real fox.

On the other hand, Pertelote also reveals folly. All her mockery of dreams found in the great books of the past illustrates her ignorance. Chauntecleer’s dream does come true, her opinion of dreams as “empty, puffy, /Streams of nothingness” proves invalid, and experience is not the final authority of truth. Just because a person has never witnessed a dream come true does not make the idea impossible any more than a person never finding gold or never falling in love disproves the reality of gold or love.

Just as Chauntecleer’s learning needs the benefit of experience, Pertelote’s experience needs the wisdom of the past. If one is perched above on the roof like the rooster, he glimpses the whole but does not see the part; he perceives the general picture but not the specific detail. If one remains below in the farmyard like the hen, she sees only the present, the immediate, and the particular without the ability to look behind or to see ahead. Both points of view have limitations and do not allow for wisdom– the knowledge of the whole, the universal, and the eternal.

There is no wisdom without the correct use of knowledge. As the final episode of the story illustrates, reason uses the knowledge gained from authority and from experience and applies it real life. After the fox seizes Chauntecleer to escape to the woods, the whole barnyard of hens bursts in screams and tears with dogs barking, women shrieking, ducks quacking, and geese flying—a din and uproar that “sounded much like fiends in hell” and that “no equal volume of lamentation/ Poured from female throats at the devastation of Troy” could match.

As Chauntecleer finds himself carried away amid the pandemonium of the farmyard scare, he advises the fox to shout back, “Go back, you lumping, puffed up, red-faced peasants!” When the fox opens his mouth to reply, out flies the cock to the nearest tree. Only this time he does not listen to the blandishments of the fox pleading, “But Sir, I never meant to do you harm.” The rooster does not make the same mistake twice. His knowledge about the dreams of Joseph in the Old Testament does not alone suffice for wisdom. Chauntecleer now has learned from experience.

In addition to his knowledge from books and Pertelote’s knowledge of experience, Chauntecleer uses the power of reason—the ability to relate the past to the present, to see the universal in the particular, and to integrate the theoretical with the real.

Wisdom remembers the past and thinks of the future, looks up at the stars and looks down at the animals, uses the mind and the five senses, reads old books from the past and listens to the knowledgeable people around him.