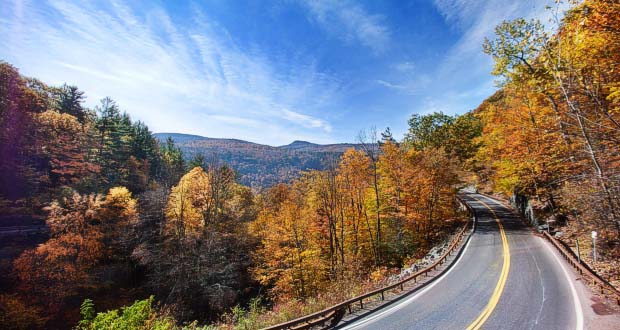 The art of living demands that persons be willing to commit themselves, to have convictions, and to act even though one does not have perfect knowledge or clear foresight.

Aristotle wrote that “the beginning is more than half of the whole,” and the Greek verb that means to lead, archein, means to begin. To lead is to begin. To begin is to be half-way finished. The hardest part of daily exercise is to take the first step, the hardest part of painting a room is to make the first brush stroke. To begin is to initiate a movement that carries its own momentum and awakens a dormant energy that comes to life. To take the first step or to paint the first stroke is to overcome inertia and be on the way. To begin does not mean that a person sees ahead perfectly the middle or the end of the task, but the fact that a necessary or noble work has begun gives it a living reality, and it often interests and attracts others who may join, contribute, or volunteer their efforts.

All great adventures and romances have such beginnings, someone who has the daring and confidence to begin, to use his God-given talents to the best of his ability for the enterprise, and to trust in God’s Providence to complete the undertaking. Christ asked the apostles to lead by beginning: “Go and baptize all nations in the name of the Father, the Son, and the Holy Spirit.” A man in love courts a woman and initiates a relationship. A husband and wife begin a family and children follow because a man exerted leadership and a woman said “yes” to a proposal. To take those first steps opens a host of possibilities that come into being as one thing leads to another which leads to another in the surprising drama of life.

The apostles began, and a universal church came into being that has become the light of the world and the Christian faith of billions. A man and a woman marry, and a new tree of life is planted whose blessings and abundance in children and grandchildren inspire and evoke wonder. To begin is not to see the beginning, middle, and end all at once but to take a chance, to cast one’s bread upon the waters, and then behold a marvelous and unforeseen outcome.

To initiate a conversation often leads to a friendship and many other graces. St. Francis de Sales vowed that he would exert the effort to speak to everyone in attendance at small social events. In Illustrissimi: Letters from John Paul I, Albini Luciani wrote of the saint, “Already as a university student in Padua, you made a rule for yourself never to avoid or curtail a conversation with anyone, no matter how unlikable or boring.” To invite a person to a party or to welcome someone into the home and extend hospitality is not only a gracious, courteous gesture but also a mysterious way of letting God into one’s life. For in the ancient world of Greece the gods often traveled as vagabonds in disguise to test the manners and kindness of those whom they visited, and St. Paul enjoined hospitality because some have “entertained angels unawares” by offering food and welcome to strangers.

Friendship and hospitality require leadership, someone extending himself, making an introduction, or taking the first step so that strangers may begin a conversation that can lead to a lifelong friendship that enlarges one’s world. St. Francis de Sales also teaches that the virtue of charity also requires leadership, a person’s willingness to give or love first rather than waiting to be favored and then reciprocate.

Shakespeare’s Hamlet agonized about acting or waiting, about being or not being, about shaping and changing events or remaining a victim of “the slings and arrows of outrageous Fortune.” But once he acted with courage and dared to return to Denmark and duel with Laertes, he discovered all the heroism and moral courage that inspired his moral cause.

Robert Frost’s poem “The Road Not Taken” depicts a traveler uncertain about which of two roads to follow because he observes no difference, both of them “just as fair” in attractiveness because “the passing there / Had worn them equally about the same.” Marveling at the fact that the road he chose “has made all the difference,” he recognizes that the good fortune that has rewarded him is not the effect of prudent judgment, deliberation, or foresight but from taking the first step and following the one road to the destination that awaited him.

By simply beginning and “knowing how way leads on to way” he has discovered that the art of living is to do one’s part according to the best lights he has and let God do the rest.

To lead is not only to begin and reach the half-way mark but also to wait and behold a small action produce a great deed.

Can you recall initiating a conversation that lead to a friendship or other graces?

Have you ever “entertained angels unawares” by offering food and welcome to strangers? Would you care to share that experience?