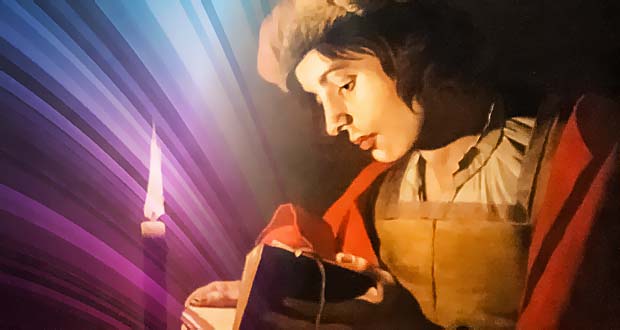 The Choice of Poetry or Porridge

In his fairy tale “The Goblin at the Provision Dealer’s” or in some editions entitled “The Pixy at the Grocer’s,” Hans Andersen depicts the life of a goblin who enjoys the comfort and security of dwelling in a grocery store and enjoying his bowl of porridge once a year at Christmas. Living on the first floor where the grocer sells his merchandise, the goblin sees the student living in the attic make a purchase.

As the scholar prepares to buy bread and cheese for his supper, he notices the grocer wrapping the cheese in a page torn from an old book of poetry. Instead of completing the sale, the student changes his mind and purchases the book of poetry in place of the cheese, valuing the worth of the book more than extra food: “You can let me have it instead of the cheese! I can make do with bread and butter. It would be sinful to tear the whole book to pieces.” The art of living requires the making of sacrifices.

Ignorant of poetry and learning for the first time that poems appear in newspapers on the bottom of the page that are later stored in the bottom of a cask, the goblin cannot comprehend how the student could possibly value a torn book more than cheese. Curious, he climbs upstairs and observes through a keyhole the student reading the book of poems: “A bright beam of light rose out of the book and grew into a trunk, a mighty tree that rose up high and spread out its broad branches over the student. Every leaf looked so fresh, and every flower was the head of a lovely girl, some with eyes so dark and shining, others with eyes so blue and strangely bright.” In awe at this glorious vision of the tree of life radiating with goodness and beauty, the goblin discovers a higher world than the grocery store. The glory of the poetry outshines the commonness of the porridge.

Transformed and illuminated, he now spends every evening above in the attic in the atmosphere of beauty rather than below in the grocery store in the background of the commonplace. The goblin discovers a higher form of happiness than the pleasure of eating. He learns the difference between the higher goods of the mind and soul offered by poetry and the lower goods of the body provided by the porridge. Although the goblin finds the luminous vision in student’s room in the upper story more attractive than the common business of the grocer on the first floor, he wavers and acts divided: “And he thought about it—and thought about it very sensibly, and then he sighed and said, ‘The student hasn’t any porridge!’—and so off he went—yes, he went down again to the provision dealer.” The goblin will not sacrifice a lower pleasure for a greater happiness.

Rather than sacrifice the porridge for the poetry as the student chose the book in place of the cheese, the goblin wanders back and forth from the first and second floors of the house, spending the day in the company of the grocer while listening to the “gift of the gab” in idle conversation and leaving at night to go to the attic and gaze through the key hole where “he was overwhelmed by a sense of greatness, such as we feel when we stand by the rolling sea and God passes over it in the stormy blast.” The goblin imagines that he enjoys the best of both worlds, dividing his time in two places and affording himself the pleasure of both the soul and the body. However, even though he feels “How wonderfully delightful it would be to sit under the tree with the student,” he gazes as an outsider by peeping through the key-hole rather than entering the room—content with a vicarious secondhand experience rather than the full reality of the student’s immersion in the true, the good, and the beautiful. Rather than enter the banquet feast, he watches outside in the hall.

The goblin takes half-measures and plays it both ways, sometimes down and sometimes up, a dose of poetry and a taste of porridge. When a raging fire breaks out in the house and all the occupants have time only to save their one most valued possession, the goblin loses no time in running into the attic, seizes the book, “and held it tight in both hands: the most precious treasure in the house had been rescued.” He has chosen the poetry, not the porridge. Where one’s treasure lies, there the heart resides also as Christ teaches. But once the fire is extinguished, the goblin continues to be the goblin, choosing the second-rate to the excellent, valuing the belly more than the heart. Again he disguises his folly as wisdom as he imagines that he can have his cake and eat it too. Calling himself “levelheaded,” the goblin says “‘I’ll divide my time between them! . . . I can’t give up the provision dealer entirely, on account of the porridge!’”

The art of living knows the difference between first things and second things. It confronts reality as it truly is, not as one imagines it. One cannot be a bachelor and a married man and divide one’s time evenly between old friends and one’s family. One cannot worship God and Mammon at the same time and call this moderation or “levelheadedness.”

The art of living recognizes the higher good over the lesser good, a book rather than the cheese, the poetry instead of the porridge, a birthright rather than a bowl of pottage.

As a parent, how do you teach your children “the difference between first things and second things.”