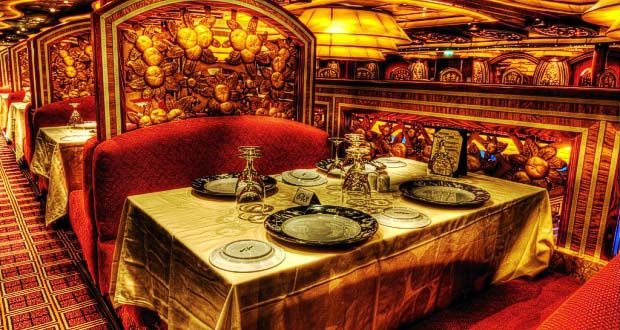 The Custody of the Tongue

The art of living is the knowledge of knowing when to speak and when to be silent, how much to say and how much not to reveal, how to enjoy conversation and how to resist gossip, how to be serious but not dour, and how to be lighthearted but not frivolous.

For the sake of peace and out of charity the art of living demands the control of the tongue and the custody of speech. So many forms of strife arise from speaking indiscreetly, violating confidentiality, and exposing private information to public knowledge.The sins of the tongue are many and varied: blaspheming, swearing, and slandering; flattering, betraying secrets, and giving evil advice; babbling, scolding, and scorning. The loose tongue and unguarded speech destroy many friendships and ruin human relationships.

In Chaucer’s “The Parson’s Tale,” a sermon on the seven deadly sins, the parson condemns the misuse of the tongue that especially follows from the sins of envy and wrath: envy producing backbiting, detraction, complaining, and “behind-the-back whispering” and wrath provoking quarreling, insulting, and cursing. One can never be too discreet in restraining speech and leaving unsaid many things that deserve no public utterance.

“The Letter of James” warns of the deadliness of the tongue’s power to do harm: “And the tongue is a fire . . .  For every kind of beast and bird, of reptile and sea creature, can be tamed . . . but no human being can tame the tongue—a restless evil, full of deadly poison” (James 3:6-8). As the deadly sin of wrath releases the poisons of the tongue in the form of quarreling and threatening and the sin of envy in the form of murmuring and gossiping, these sins of the tongue always lead to divisions and separations in human relationships that thwart reconciliation and forgiveness.

The sins of the tongue are infamous for spoiling social occasions and violating decorum, propriety, and courtesy as Jane Austen’s novels testify: the cold taciturnity of Darcy, the pompous blathering of Mr. Collins, and the mindless chatter of Mrs. Bennet give offense and detract from the genial atmosphere of the balls and assemblies in Pride and Prejudice.

In Introduction to a Devout Life, St. Francis de Sales devotes several chapters to the custody of speech. After warning of the evils of “indecent speech,” he condemns scoffing at others in the form of derision and mockery as one of the worst sins against one’s neighbor. He especially denounces the evil of rash judgment. Charity dictates that “the most charitable opinion” and “most favorable judgments” must counteract the temptation of rash judgment: “If an action has many different aspects, we must always think of which is the best.” Because St. Joseph was a just man, he resisted the thought of attributing sin to the Virgin Mary when he learned that she was with child: “When a just man can no longer explain either the fact or the intention of someone whom he otherwise knows to be virtuous, he still will not pass judgment on him but puts it out of his mind and leaves the judgment to God.”

The control of the tongue forbids the invention of lame excuses and clever equivocations to justify immoral deeds. The saint insists that “An honest explanation always has more grace and force to excuse us than a lie” and teaches that “the Holy Spirit does not dwell in a deceitful and tricky soul.” The human tongue is not designed to be a forked tongue in the practice of duplicity but to answer, as Christ teaches, “yes, yes,” or “no, no” with no intention of guile. De Sales identifies the many attributes of truthful speech: “restrained, frank, sincere, candid, unaffected, and honest.” Yet the love of truth does not resort to acrimonious argumentation.

If, in the name of honesty, a person feels obligated to oppose error, he corrects false ideas with mildness, for “Nothing is gained by harshness.” The restraint or reserve of the tongue, de Sales explains, observes the golden mean and avoids the defect of cold aloofness and the excess of silly twaddle: “To be too reserved and to refuse to take part in conversation looks like lack of confidence in the others or some sort of disdain. To be always babbling or joking without giving others time or chance to speak when they wish is a mark of shallowness and levity.”

The art of living, then, requires civilized speech that does not descend into gossip, slander, or character assassination; that does not stoop to uncharitable rash judgment; that takes measures to avoid giving offense by indecent language; that does not violate propriety by the boorishness of talking too much or too little; and that refuses to use the tongue as an agent of duplicity.

In the words of Solomon, “An amiable tongue is the tree of life.”