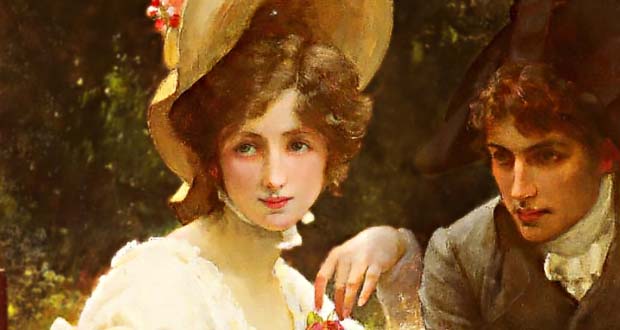 The Principle of “Well-Regulated Hatred”

A critic of Jane Austen’s novels facetiously coined this phrase to illustrate one of the virtues of civility. Characters with the most refined and elegant manners exemplify this virtue that does not really manifest hatred but forbearance. While good manners in her novels express themselves in the form of congenial, “amiable” dispositions that add cheerfulness to social occasions, in the form of affable, engaging conversation that takes an interest in other people, and in the form thoughtful acts of kindness, good manners also demand special effort and attention in the company of unpleasant, inconsiderate, and boorish people.

The virtue of “well-regulated hatred” is of course not a form of hatred at all but the virtue of self-possession, restraint, or, in Austen’s phrase, “self command” that a lady or gentleman is obliged to exercise in the presence of people who offend, irritate, or lack courtesy. As novels like Pride and Prejudice and Emma show, the marriages of young men and women depend on social occasions like dances, dinner parties, and outings in which they have opportunities to be introduced and acquainted. However, social occasions demand a code of propriety or decorum in the form of good manners in order for these events to be enjoyable, happy moments. “Well-regulated hatred” refers to the art of being polite and gracious to all people at social occasions even though one does not welcome their company, admire their character, or enjoy their conversation.

This virtue is not to be confused with hypocrisy or insincerity or with the mere pretense of civility. Rather it signifies a self-mastery in the control of emotions and passions in the attempt to promote harmony, good will, and friendliness at social events for the benefit of all in attendance. Austen’s novels portray many awkward social occasions when some of the characters feel most ill at ease in mixed company but must maintain equanimity and poise for the sake of propriety.

In Pride and Prejudice Darcy has prematurely proposed marriage to Elizabeth Bennet without courtship, romance, or any proof of his worthiness, and Elizabeth has roundly rejected his offer with stinging words: “And I had not known you a month before I felt that you were the last man in the world whom I could ever be prevailed on to marry.” However, when they accidentally meet at Pemberley Woods on Elizabeth’s tour of the estate with her aunt and uncle, naturally both Darcy and Elizabeth recall their angry exchange and have resentment—Elizabeth offended that Darcy would presume to propose marriage and expect acceptance and Darcy insulted by her harsh incriminations. However, even though they are both piqued at each other, they conduct themselves with the utmost civility and restraint.

Instead of acting aloof and prideful, Darcy initiates friendly conversation that astonishes Elizabeth: “That he should even speak to her was amazing!—but to speak with such civility, to enquire after her family! Never…  had he spoken with such gentleness as on this unexpected meeting.” Likewise, Elizabeth, instead of avoiding Darcy’s company and remaining hostile, acts with the same graciousness: “and, to imitate his politeness, she began, as they met, to admire the beauty of the place…” In other words, Darcy and Elizabeth act with magnanimity instead of pettiness. Because Elizabeth is accompanying her aunt and uncle on a tour of Darcy’s estate, she rises above her quarrel with Darcy to make the enjoyable outing harmonious for all parties. Darcy, instead of harboring a grudge or behaving vindictively, acts like a perfect host and gentleman. The principle of “well-regulated hatred,” then deserves to be renamed the virtue of large-mindedness.

The human experience always presents these delicate, awkward occasions that persons would prefer to avoid, but not to attend social occasions because of the presence of possible embarrassment or ill will is to stoop below the dignity of a lady or gentleman. All social relationships require tact, delicacy, tolerance, patience, and graciousness, and good manners recognizes the obligation of pleasing others and contributing to the conviviality of the event instead of selfishly indulging one’s resentments at the expense of others’ enjoyment.

“Well-regulated hatred” is the duty of doing what is right and in good taste for the sake of others’ happiness rather than what one prefers for his own satisfaction. In Emma the heroine matures into an elegant woman when she masters this lesson. She deliberately avoids the company of people she finds uninteresting or uncongenial like Jane Fairfax: “to have to pay civilities to a person she did not like through three long months!—to be always doing more than she wished, and less than she ought!” Emma also neglects paying social visits to Mrs. And Miss Bates because “of its being very disagreeable,–a waste of time—tiresome women…” Mr. Knightley, the epitome of the chivalrous gentleman as his name suggests, corrects Emma for this insensitivity to two elderly women who thrive on the visits of friends, blaming her “as rather negligent in that respect, and as not contributing what she ought to the stock of their scanty comforts.”

As Mr. Knightley teaches Emma, the art of living demands the skill of pleasing others and placing their happiness above one’s own pleasures. One does not have to enjoy the occasion, welcome the company, or benefit from scintillating conversation. The principle of well-regulated hatred is not self-torture or misery but magnanimity in action, excellence in self-control, savoir-faire at its best, and a beautiful form of charity.