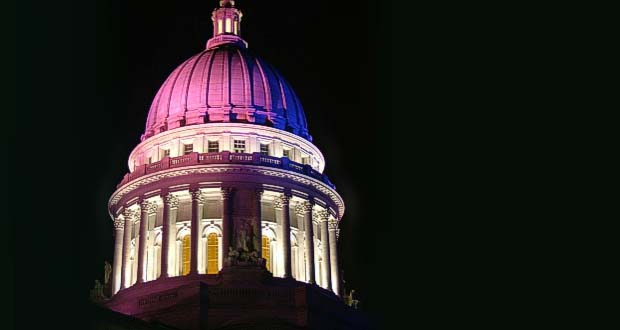 Weighing in the Balance

The old phrase “hate the sin, but love the sinner” reveals a deeply Christian sentiment. Yes, we see sin as the greatest offense against God, but we don’t consider the sinner and the sin to be the same thing. The sin is bad, but the sinner is a child of God, which makes the person inestimably good in a profound way.

Loving the sinner is closely akin to loving your enemies, and it does not come naturally, especially in the modern world. More often, the world puts people into two groups—one good and one bad. The good may be loved, but once someone is put into the bad category, no love need be expended in his direction.

We see this tendency in action in both abortion and in the current struggles over religious freedom. Those who are pro-abortion say that pro-life people don’t care about women. Of course, that is false. We do care about women, but we care about babies as well. A woman certainly has a deep interest in her personal freedom, but the baby has an interest in life as well. When we weigh those two interests, the life interest comes out ahead of the freedom interest. The pro-abortion person, on the other hand, often gives no weight to the life interest of the child. They need not weigh the two interests against each other, because they recognize value only in one side.

Similarly, when Catholic apostolates—or even simply businesses run by Christians—are told that they must provide free contraceptives for their employees, one would think that the interest of religious freedom would need to be weighed against whatever health care issue is involved. A healthcare interest would need to be very strong in order to overcome the Constitutionally-protected right to free exercise of religion. In this case, as a federal appeals court judge pointed out, the government has already exempted businesses employing tens of millions of people from this requirement, based upon the number of people employed by the business. If the government is willing to exempt tens of millions of employees from this requirement, then the governmental interest in free birth control cannot be very compelling.

But the current aggressive atheism we see more and more every day does not believe that religious freedom has any value. Since there is a value only on one side, the value does not have to be great to overcome religious freedom. Birth control pills can be purchased for as little as $9 a month at Walmart. Apparently, religious freedom is worth less than that.

If same-sex marriage continues to move forward, we will no doubt see the same dynamic in evidence. Although we would not expect to see priests forced to officiate at same-sex marriages, there will be many other times when organizations and individuals will not be able to extricate themselves from dealing with relationships they believe are sinful. For example, any traditional Christian who deals even tangentially with marriage is in danger of losing a job, or being sued, or otherwise being punished for their beliefs. Any church which rents a hall for wedding receptions will need to rent that hall for same-sex marriages or face legal ramifications. The same will be true for wedding planners, or photographers, or invitation printers. Any businessperson who offers marriage benefits to employees may need to stop those benefits or face litigation.

What to you see as the greatest threat to our religious freedom? What can be done to counter the threat?