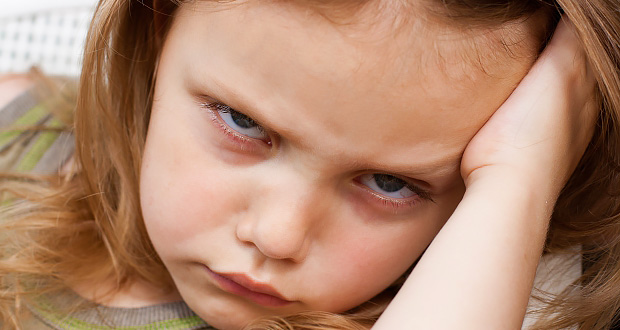 One year ago, one of my daughters was given a gift subscription to American Girl Magazine. When the subscription ran out, I chose not to renew it even though my daughter wanted me to.

Before I proceed any further, I want everyone who is reading this post to know that there is nothing wrong or “sinful” about American Girl Magazine.

The magazine is filled with all sorts of inspirational articles and ideas for crafts, recipes, projects, and activities. My reason for not renewing it was not because I found any of the material inappropriate, but because of the negative effect it was having on my daughter.

When the magazine would arrive in the mail, my daughter would take it into her bedroom, read it, and then come out several hours later with tears streaming down her face.

The tears would be flowing because she would compare the lives of these “American Girls” to her own life and then feel like she was being deprived. Each magazine would show pictures of girls taking their American Girl magazines with them on their family vacations.

The family vacations were in places that most of us could never afford to go as a family: Greece, Rome, Paris, London, Cairo. One girl hiked cross-country with her father, and an entire write-up was devoted to this.

After reading these types of articles over and over again, my daughter was convinced that we were living in grinding poverty and that she had tragically been born in the wrong household.

I would say to her, “Why can’t you read an article and be inspired to try one of the crafts or community projects?” Instead, she would open up the magazine in order to see the trips that others were taking, the clothes that others were wearing, and the exciting adventures that others were having, and then grow discontent with her own life and ungrateful for the blessings that she did have.

I would try to explain to my daughter that the articles that she was reading in American Girl were not an accurate portrayal of the life of a typical American girl, but she would not be convinced.

They were living it up under the blessing of God while she was languishing in normalcy beneath His curse. After putting up with this for one year, I decided not to renew the subscription.

One of the most difficult things that any parent must face is the decision to take things away from our children that aren’t necessarily sinful, but neither are they beneficial. If I see that something is having a negative effect on my children, (even if it isn’t sinful or inappropriate) I eliminate it.

In the book of Sirach, we learn that “the mind is the root of all conduct.” In other words, where the mind goes, the man will follow. What we put into our minds has a direct impact on our attitude, our choices, and our ability to keep our eyes focused on eternity. As an adult, I have learned this the hard way.

There have been times when I have engrossed myself in the reading of secular books which had nothing to do with God and found myself no longer focused on God or thinking of Him as a result.

The books weren’t sinful; but they were distractions. Because I was spending so much time reading them at the expense of spiritual books that could help me in my walk with God, I grew cold in my relationship with the Lord.

The mind is very powerful. It is like a sponge, absorbing everything that we take in, and then using what it has absorbed to direct our thoughts, actions, and choices. Satan knows this, which is why he strives night and day to fill our minds with the wrong things.

Wrong things are not necessarily sinful things. A “wrong thing” can be anything that is used by the evil one to distract us from our purpose in life, which is to know God, love God, and serve God.

My daughter was being distracted from her true purpose in life by what she was reading in the American Girl magazine. It was causing her to lose her focus on the blessings that she did have and to think about the purpose that God might have for her life.

It was causing her to make comparisons and to covet what others had and were enjoying. While other girls may not be negatively impacted by this particular magazine, my daughter was; therefore, it had to go.

Seton provides a plethora of wonderful children’s books about the Saints.

Our bookshelves are now filled up with these, and these are the books that I want my children to read. St. Therese of Lisieux, St. Teresa of Avila, St. Bernadette, and St. Catherine of Siena.

These are the “girls” that I want my daughter to read about; theirs are the lives that I want her to imitate.

Not “American Girls” …but “Heaven’s Girls.”