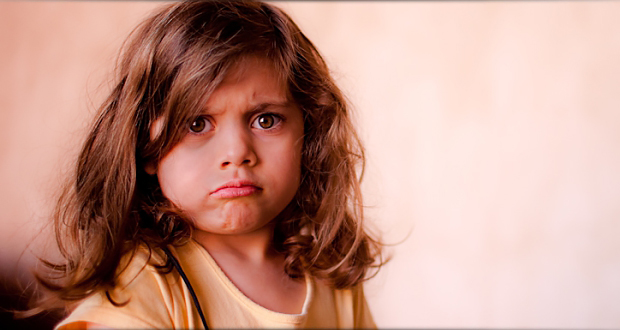 The Key to a Joyful Homeschool

by Jennifer Tutwiler | Homeschoolers tend to be an optimistic group. No matter what trials we faced in the previous school year, we look forward to the next with all the anticipation of a child awaiting Christmas. For some families, though, this optimism can fade as each year becomes a worsening repetition of the previous year’s challenges. Nothing works. Nothing improves. Survival is the only thing left. This was our own experience for three very long years.

Homeschoolers tend to be an optimistic group.

No matter what trials we faced in the previous school year, we look forward to the next with all the anticipation of a child awaiting Christmas. For some families, though, this optimism can fade as each year becomes a worsening repetition of the previous year’s challenges.

Nothing works. Nothing improves. Survival is the only thing left.

This was our own experience for three very long years.

Despite my best efforts, our home resembled a chaotic battlefield, littered daily with the remnants of the fight and the bodies of weary soldiers who had taken part. My children would talk and laugh with each other as I gave a lesson, one child complained about assignments, while another child absolutely refused to write or memorize anything. If I asserted my authority in the matter, books would end up across the room, papers would be crumpled, and children would bury their faces in their arms and not talk to me. And all the while, assignments sat untouched.

My husband and I assumed this was the result of a discipline problem and we acted accordingly.

It helped some, but I began to notice something that alarmed me more than the battles themselves: my children no longer loved learning. I gradually realized the true source of the problem; I was trying to make my children fit my idea of education, rather than fitting education to their individual needs. This shift in perspective led us to make several changes that helped make our journey easier.

Instead of presenting a lesson in a “front-of-the-room” style, we began reading assignments aloud, the children and I each taking turns, and we would then have a discussion about what we read. This provided a much deeper interaction between the children and the material, leading to fewer distractions. It also helped eliminate the feeling that the children and I were opposing forces; we sat side-by-side, learning and discovering together.

As I mentioned before, my children despised writing, but the answer to this problem was surprisingly simple: we reduced the amount of writing that was required. The children would answer half of an assignment orally, spell their word list out loud to me or a sibling, or simply tell me about what they read. We did not eliminate writing completely, but reducing the amount made it more manageable for my children and more likely that they would persevere in it. If they needed specific practice in handwriting, I would have them copy lines from good literature, poems, or the Scriptures.

This gave them a greater sense of “purpose” in what they were writing rather than requiring line after line of random letters.

We also discovered that one of my children refused to do memory work because he was convinced he was incapable of it. Thankfully, another homeschooling mom had an incredibly simple solution that completely eliminated this battle. I would take whatever was to be memorized and break it into smaller portions — no more than three to four lines of poetry or two to three standard sentences of prose. The children would then read that section aloud three times daily.

After a few days, they would inevitably tell me that they no longer had to read it because they already knew it. I would then encourage them to close the book and tell me what it said. If they could recite it verbatim, I would tell them they could move on to the next section. If not, they would usually be the first to say, “Maybe I need to work on this some more…” Using this method, the child who was convinced he could not memorize anything was soon memorizing poems of several stanzas!

Looking Back at Success

Probably the most important thing that I have learned over the past three years is that children need to see how what they are studying actually relates to the world in which they live and how the individual subjects relate to each other. If these connections are not made, our children can begin to view school as an endless parade of pointless information.

Whatever you are studying, show how it connects to other topics that you are currently studying, or that you have studied in the past. I will forever treasure the expressions on my children’s faces when they discover a new connection!

Looking back on the simple changes we made, I see that each one fostered what I believe is the key to a joyful homeschool: a love of learning together. School is not about “us” vs. “them”, or “filling empty buckets”. It is about sharing the joy of discovering God’s creation so that our children can go forward and share God Himself with the world.

Jennifer Tutwiler is the mother of six children, ages 1-10 and a second-generation homeschooler. She works alongside her husband in their graphic design studio and has self-published two children’s books. Through her writing, Jennifer hopes to bring encouragement to other families as they seek to make their families peaceful and their lives simple.